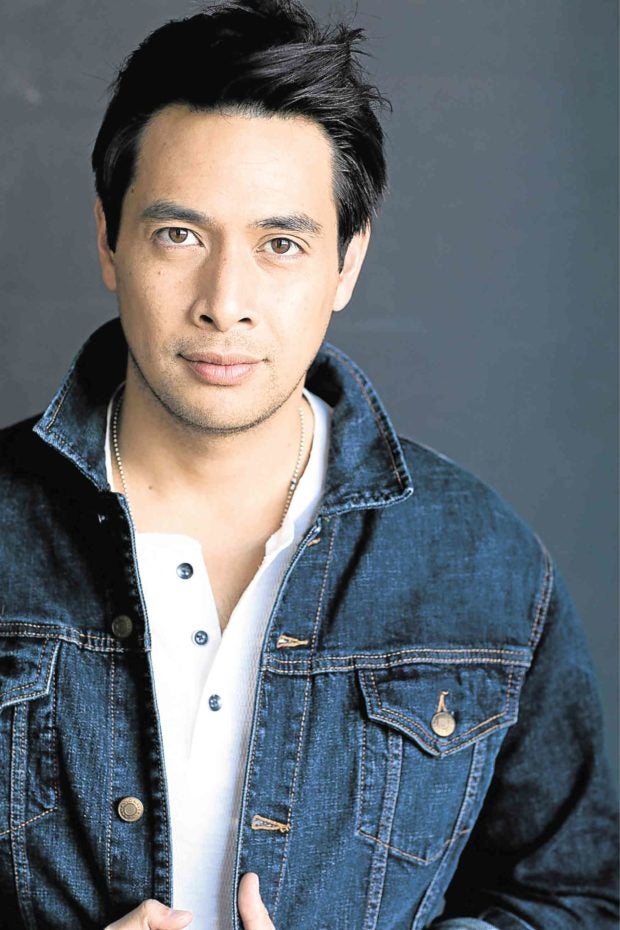 (Fifth of a series)

LOS ANGELES—“Although a silly, fictional idea when I first wrote this short film, it does come from a place of truth of being a mestizo and feeling like I’m all of the above, yet none of the above at the same time, especially in Hollywood,” Ron Nery Jr. said about “Mesti-So?!,” which he wrote, coproduced and starred in.

A light, humor-tinged short on Ron’s audition experiences in Hollywood, “Mesti-So?!” sums up the Fil-Am’s take that being a mestizo in Hollywood is not an advantage. The Anaheim, California-born actor explained, “Our world is obsessed with light skin, for some reason, and this goes across multiple races and cultures. My film shows that, contrary to popular belief, having light skin isn’t all that it’s cracked out to be.”

He added, “‘Mesti-So?!’ explores the journey of Ron, a half-white, half-Filipino mestizo actor in Hollywood who finds out that being of mixed-race is not the advantage he once thought it was—hence the title ‘Mesti-So?!’ He finds it difficult to fit in what casting wants, which causes him to feel that he can never win by being himself.

“I wanted to make people laugh, but I mostly wanted to put Fil-Ams on the map while making a statement at the same time. When the topic of diversity is discussed in Hollywood, I often feel that Filipinos aren’t included even though we fall under that category. Maybe writers, producers and studios don’t know how to write for Fil-Ams, simply because they do not know us. That’s why I let everyone know that I’m a Filipino in the introduction scene of my film.”

The comedic film won RED Digital Cinema’s best film prize in the AT&T Create-A-Thon contest which drew more than 500 scripts, then whittled down to 64 second-round finalists.

“It’s nice to know that my film is resonating with people, not just with those of mixed race or Filipino roots, but with folks from all walks of life,” said the actor, whose most recent credit is CBS’s “Me, Myself & I.”

Ron began performing at an early age. He entertained family members at holiday parties, starred in elementary school plays as a singer, and learned to play multiple instruments. He joined 909 Hip-Hop Dance Troupe, one of the top collegiate dance crews in the Inland Empire (California).

How would you describe your journey as an actor so far? It definitely has been an uphill battle, but I’ve found some success recently, having booked commercials and TV shows. Although making original content was never really on my agenda, I fortunately have found recent success with my film, “Mesti-So?!,” and have learned why it’s important to create my own stories.

Prior to this, I was collaborating with other Fil-Ams in the community here in LA and other filmmakers. I definitely didn’t get to where I am overnight as it took years of training with some of the best teachers in LA, and creating real relationships with people in the industry.

How do you prepare for an audition? Any good luck rituals? I make sure to read as much of the script as I can, not just the lines that are given to me.

It’s important to have a good grasp of what the full story is about, as it dictates how my character may think, act, feel and react in a scene.

I don’t really have any good luck rituals—just normal breathing techniques in the car before I walk to the casting office.

What is the most frustrating part of trying to land roles in Hollywood? There are many factors involved in landing a role and, many times, you never even know the reason why you’re selected or not.

Hollywood is the Olympics of acting, so competition is very fierce, although the Fil-Am acting community is relatively small. All you can do is train your hardest and do your best.

Contrary to popular belief, I think being a mestizo can sometimes be a disadvantage in America, especially having auditions where I’m clearly not as traditionally Filipino-looking or white-looking as people auditioning with me. I’m sure it plays some factor in being cast or not.

How do you handle rejection? For the most part, I move on after every audition as I’m trained to “let it go” immediately after exiting an audition room. I usually won’t assume I get any role I audition for. That way, if they call me, it’s a pleasant surprise.

Holding onto an audition can be emotionally taxing on an actor because there’s so much out of our control, except for our performance, so learning to let go is a must.

Have there been times when you almost gave up? What motivated you to keep trying? Of course. Hollywood is a game of numbers, and there is a lot of rejection, especially in the beginning of one’s career (unless you’re lucky). What motivates me is remembering the reason I chose this path in the first place: that I love the craft. It isn’t for the money, fame or glory, but for the love of the art.

Also, I have a close-knit group of fellow industry friends (Carlin James, Cody Gomes and Sthanlee Mirador) who I go through this journey with. Having the moral support of real friends who are in the same field has definitely played a part in helping me stay motivated in such a crazy industry.

Do you, as an actor of color, feel that opportunities for minority actors are improving or getting worse? And do you think that the inclusion rider (mentioned by Frances McDormand in her best actress acceptance speech in this year’s Oscars, which is added to an A-list actor’s contract to ensure that the casting and production meet certain levels of diversity) is helping? Opportunities are improving, slowly but surely, and in baby steps. The good thing is that most people are aware that there is a diversity issue in Hollywood, and Hollywood cannot simply ignore this.

It’s important to have more people of color who are producers, writers and executives at the studio level because they are the ones who have the power to affect change and inclusion. It’s also important that we, Filipino-Americans, put more quality content out there, so that producers and writers can learn who we are and then learn how to write for us.

What’s your stand on whitewashing—or the casting practice in which white actors are cast in nonwhite character roles—in Hollywood? Most people of color find it annoying and unacceptable, but on the other hand, I do understand why a studio would whitewash a character because sometimes a name actor is needed to help promote a film. The problem with that mentality is that it does not give nonwhite actors a chance, and stunts our growth in this industry.