FORT LAUDERDALE, Fla. (AP) — The fourth suspect in the shooting death of emerging South Florida rap star XXXTentacion has turned himself in to authorities.

The Broward County Sheriff’s Office said in a statement Tuesday evening that 20-year-old Trayvon Newsome was taken into custody after surrendering at his lawyer’s Fort Lauderdale office around 5 p.m. 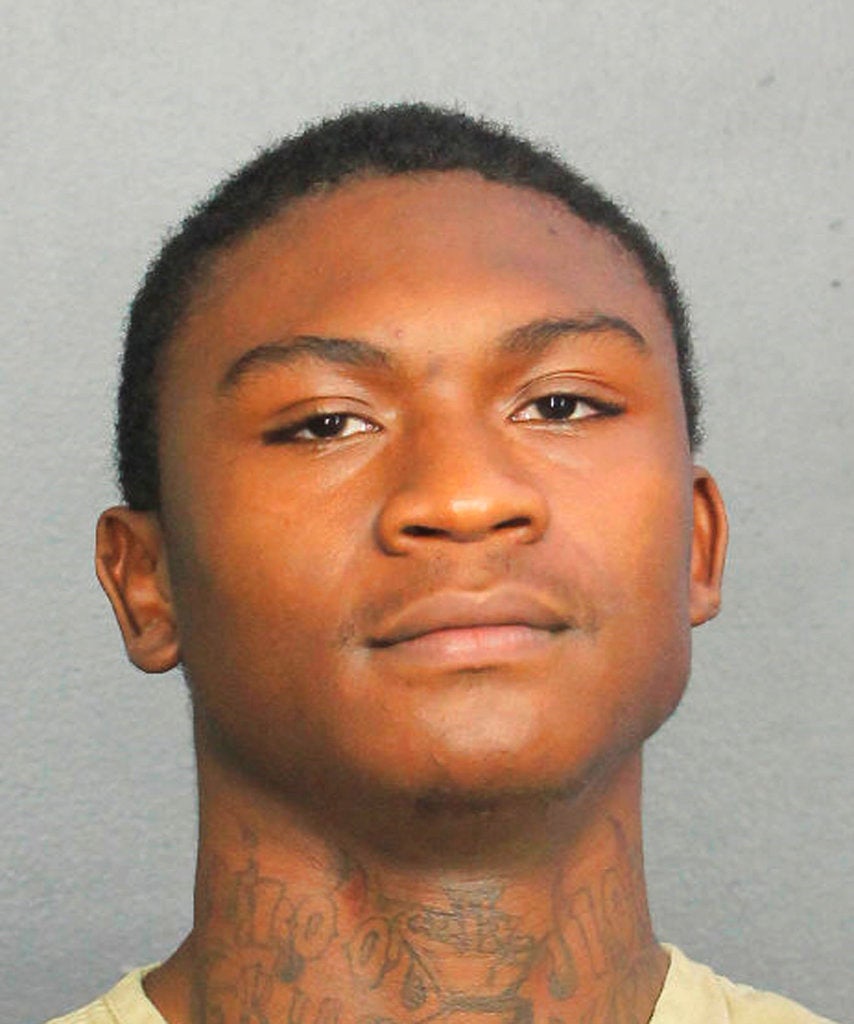 Newsome and three other men are accused of killing XXXTentacion (ex-ex-ex-ten-ta-see-YAWN) in June. The 20-year-old rap star, whose real name was Jahseh Onfroy, was fatally shot as he left a motorcycle dealership. Officials have said a struggle ensued when the rapper’s sports car was blocked by another vehicle, two masked gunmen approached and shot XXXTentacion multiple times. The gunmen fled with a Louis Vuitton bag containing $50,000.

Newsome was booked into Broward County’s Main Jail on charges of first-degree murder and robbery with a deadly weapon. NVG