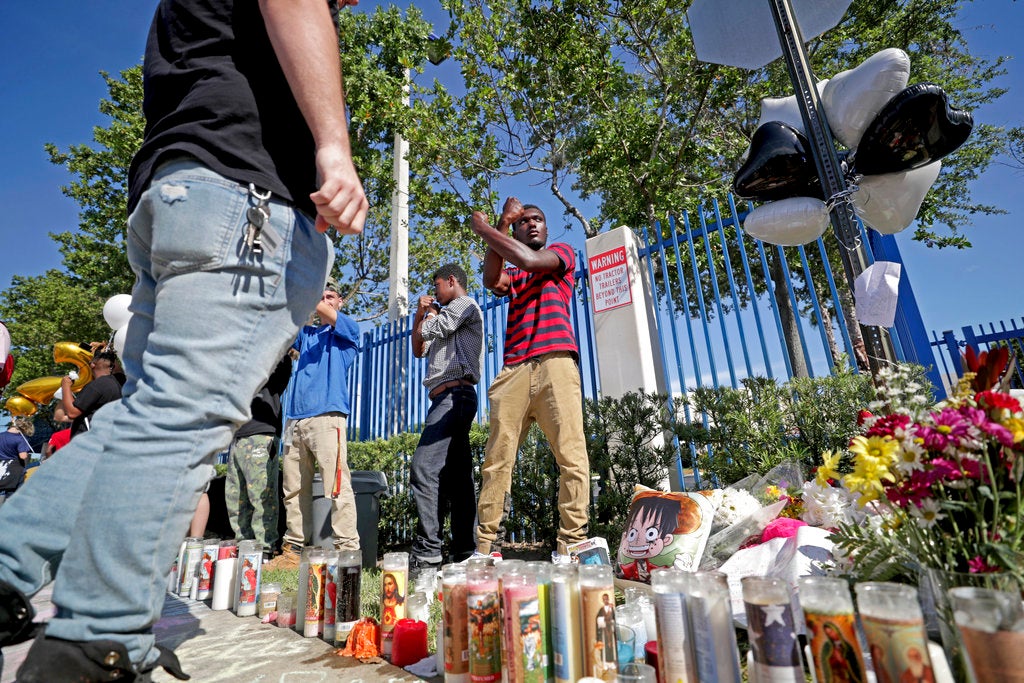 In this Tuesday, June 19, 2018, photo, fans and mourners of rap singer XXXTentacion pause by a memorial, outside Riva Motorsports in Deerfield Beach, Fla., where the troubled rapper-singer was killed the day before. Image: John McCall/South Florida Sun-Sentinel via AP

POMPANO BEACH, Fla. (AP) — A 22-year-old suspect has been arrested and charged with murder days after the killing of rising rap star XXXTentacion, who was fatally shot in his luxury BMW electric car as he left an upscale motorcycle dealership in Florida. 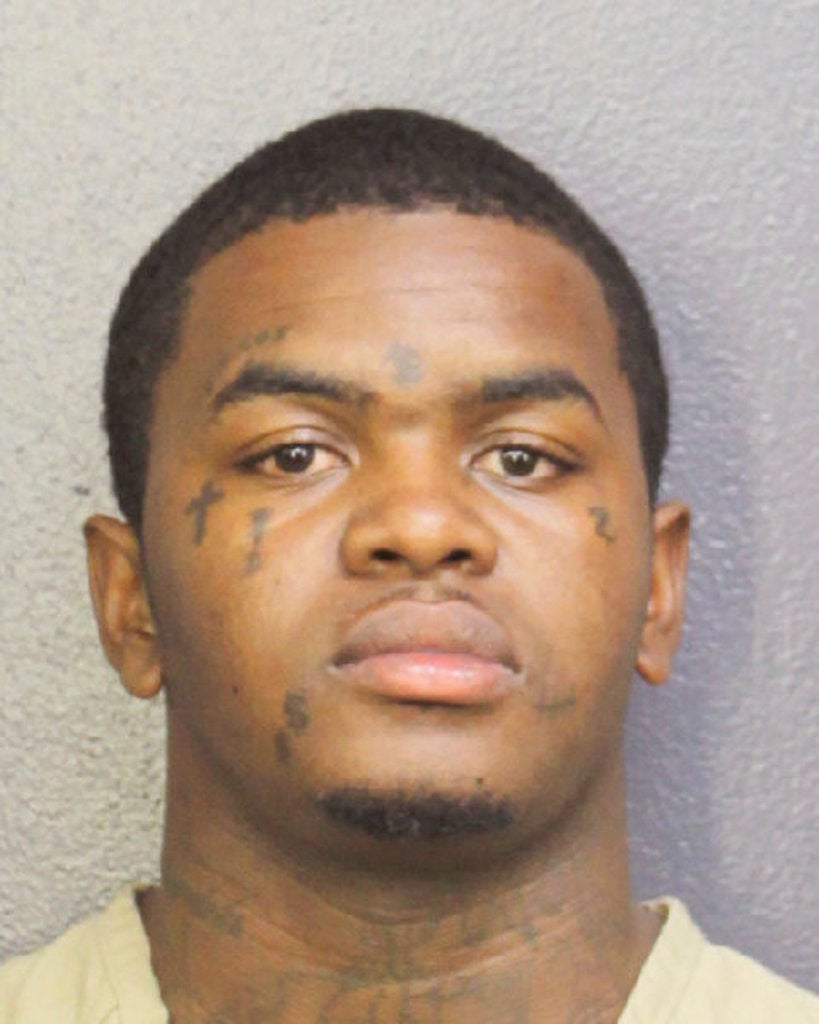 Dedrick Devonshay Williams of Pompano Beach was arrested shortly before 7 p.m. Wednesday after a traffic stop, the Broward Sheriff’s Office said in a statement Thursday. Jahseh Dwayne Onfroy, 20, who went by the stage name pronounced “Ex Ex Ex ten-ta-see-YAWN,” was gunned down Monday, bringing a violent end to a brief music career that was marked by controversy and arrests.

Authorities said the rapper was ambushed by two suspects. They did not give a motive in announcing Williams’ arrest but had previously said the shooting was an apparent robbery attempt.

An arrest report said Williams was alone in the silver 2004 Honda and driving without a license when he was spotted by an officer in Pompano Beach. He was taken into custody on an active felony warrant.

XXXTentacion’s attorney, David Bogenschutz, said Tuesday that investigators told him the rapper had visited a bank shortly before the shooting and possibly withdrew cash to buy a motorcycle at Riva Motorsports in Deerfield Beach.

Williams is charged with first-degree murder without premeditation, a probation violation and for not having a valid driver’s license. He appeared before Broward County Judge Kim Theresa Mollica via video Thursday afternoon. He wore an orange jumpsuit and did not speak during the minutes-long hearing and he was represented by a public defender.

Mollica ordered Williams to be held without bond. Williams also was scheduled to appear Monday before a different judge regarding the probation violation charge that stems from a 2014 grand theft auto case.

Court records show Williams has been charged previously with several felonies, including grand theft auto, domestic violence, cocaine possession and possession of a firearm by a convicted felon. It does not appear, however, that he has ever done prison time for these charges and some of them were dropped. Williams does not appear in the Florida Department of Corrections offender database but was on probation for the auto theft conviction.

Nobody responded at Williams’ home, a rental bungalow in a modest neighborhood of Pompano Beach. Debris littered the yard in front and back along with the aftermath of some automotive work, with a tarp, oil and tools.

Neighbors, many of whom did not want to be quoted, said they knew Williams as a tattoo artist. They complained of noise from his riding of all-terrain vehicles but said they didn’t otherwise have any trouble with the family that lived at the home.

Richard Slappy, 58, an electrician who lives a few houses down and across the street, said a woman and children also lived there.

“I’ve seen him riding them 4-wheelers,” Slappy said. “I was glad I didn’t stay next to him because there was all that 4-wheeler noise going on down there.” NVG