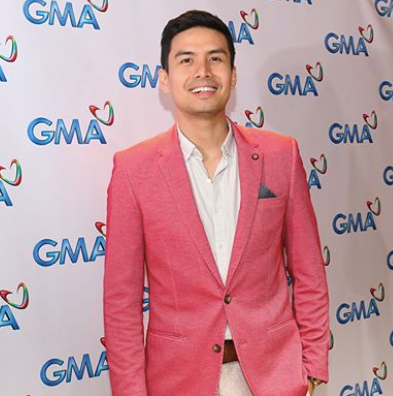 Asia’s Romantic Balladeer Christian Bautista further strengthens his ties with GMA as he renews his contract with the network last August 7.

Bautista is currently among the judges of the newly-launched singing competition “The Clash” together with Asia’s Nightingale Lani Misalucha and Comedy Queen Ai-ai de las Alas.

Aside from judging, he is also part of upcoming Kapuso series “Pamilya Roces” and even taped a few appearances for Alden Richard’s “Victor Magtanggol.”

It was in 2013 when the singer and actor decided to leave ABS-CBN to take his chances with GMA. He then signed a three-year contract allowing him not only to do projects as a singer but to explore the acting arena as well.

Bautista has been a talent of ABS-CBN for about a decade before he moved to GMA. He first started as a finalist in defunct singing show “Star in a Million” where his batch mate Erik Santos emerged as winner.

He is also set to marry his fiancée Kat Ramnani soon.  /muf

Read Next
LOOK: Kris Aquino wows in ‘Crazy Rich Asians’ Hollywood premiere
EDITORS' PICK
‘Justice will be done,’ Duterte assures as he vowed probe on Jolo incident to bare ‘truth’
Water remains our saving grace right now
DOLE: Return of OFWs’ remains from Saudi to be ‘delayed,’ deadline moved to ‘early next week’
Smart releases Hyun Bin’s second TVC
Current dominant strain of COVID-19 more infectious than original—study
EuroMillions Superdraw: A lottery draw unlike any other is coming to the Philippines
MOST READ
Duterte tells military: No other president looked at you the way I did
BREAKING: Duterte signs anti-terror bill into law
Locsin warns of ‘severest response’ if China’s army drills in SCS ‘spill over’ to PH domain
Vico: Cleanup of bidding process saved Pasig gov’t P415M
Follow @CAbanillaINQ on Twitter
Don't miss out on the latest news and information.