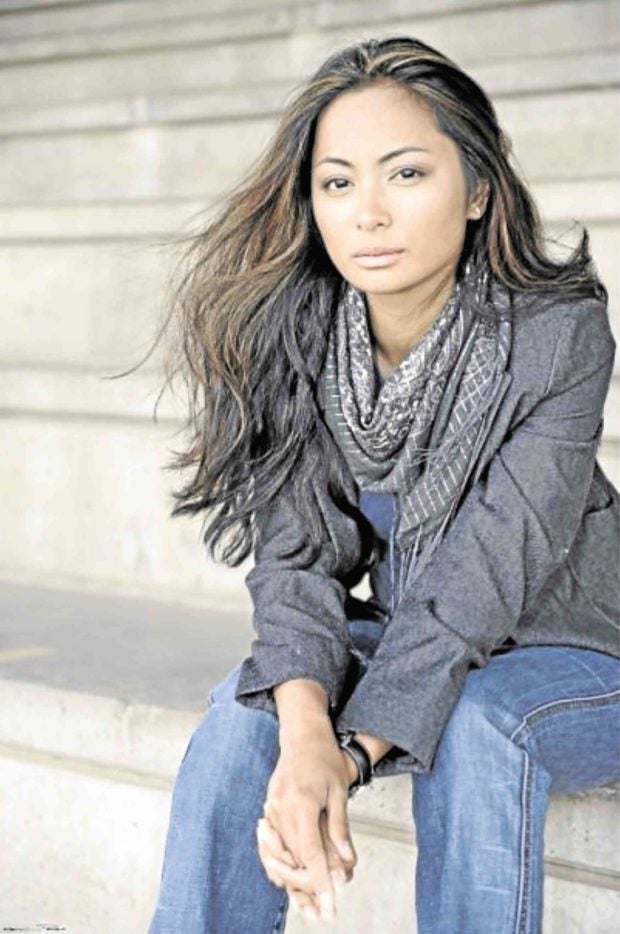 If some of her fans are wondering where in the world beauty queen-actress Michelle Aldana is, they would have to travel all the way to South Africa for a reunion.

Michelle, who was crowned Miss Asia-Pacific in 1993, had been based in Germany, with her ex-husband and son, for four years, when the chance to relocate to South Africa presented itself. “We visited the country, liked it and decided to take the offer.”

In South Africa, she keeps herself busy, running a trade consultancy company and a yoga studio, along with talent management projects. On top of these ventures, she has found time for acting.

She is currently seen in the South African soap opera “Generations,” and will soon appear in the HBO/Cinemax series, “Warrior.” She has also come out in commercials for Samsung and Allan Gray (financial service provider).

She has plenty of plates spinning in the air, but being a mom is her most challenging and satisfying role, thus far.

“Dustin has grown into a well-spoken, thoughtful young man,” she told the Inquirer in an e-mail interview. “He loves life and loves falling in love. And because he’s guwapo and cariñoso, he’s always getting pursued by girls.”

She described Kai as “very malambing. She still likes to snuggle with us, especially now in wintertime.” Youngest Io, mom exclaimed with pride, is “a cutie. Very smart, sharp and funny. She’s delightful and is such a joy.” 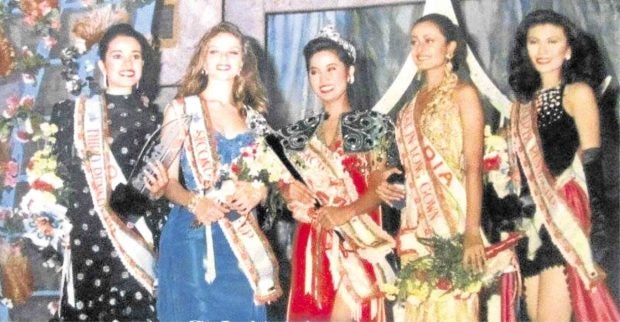 She constantly regales them with stories from back home. “Every Heritage Day in South Africa, they choose to represent the Philippines or do research about the islands. And because they’ve visited many times, they have looked up the history of things like jeepneys and fiestas, or the recipes for adobo and ube halaya.”

Yup, she whips up Pinoy delicacies for her family. “They love adobo best, but also chicken inasal and afritada. Dustin loves Bicol express or anything that’s spicy. Kai loves halaya, nilupak and cassava cake. Io loves anything I do with fish.”

She also shared with them tidbits on Filipino traditions. “They know about pagmamano, pasalubong, po at opo and the Bayanihan (which has an equivalent here called Ubuntu). One thing that they enjoy is the aguinaldo for Christmas!”

Although they have a lot of affinity for the Philippines, they are “citizens of the world,” like most young people these days.

“Physically, they acknowledge that they have a lot of Asian features. Culturally, they practice many Filipino customs because of me,” she explained. “Their values are largely based on those I grew up with … if that is Filipino, then they are very Filipino.”

But then again, she owned up that “they are also heavily influenced by European values because of school and ties to the German community. Finally, they’ve lived most of their lives in South Africa, so their outlook, perspective and beliefs are largely colored by what they see and experience around them. ”

She considers herself one of the lucky few Filipinos who can call South Africa her home. “It is a very beautiful and diverse country, not just in terms of topography,” she pointed out. “The cultural landscape is teeming with colors, and the people are not dissimilar in values to Filipinos. I’m grateful to be here even though it is quite far from my family and friends.”

She has learned to cope with the usual bouts of homesickness. Asked what she misses most about the Philippines, she unleashed a litany: “My family, the Pinoy smile (nowhere in the world can you find that warm, genuine smile), island life, the smell of hanging habagat (the coming rains), fiestas, carinderias that are open at four in the morning or anytime you come out from partying … the list is endless.”

As for the things she doesn’t miss? “City traffic and pollution.” 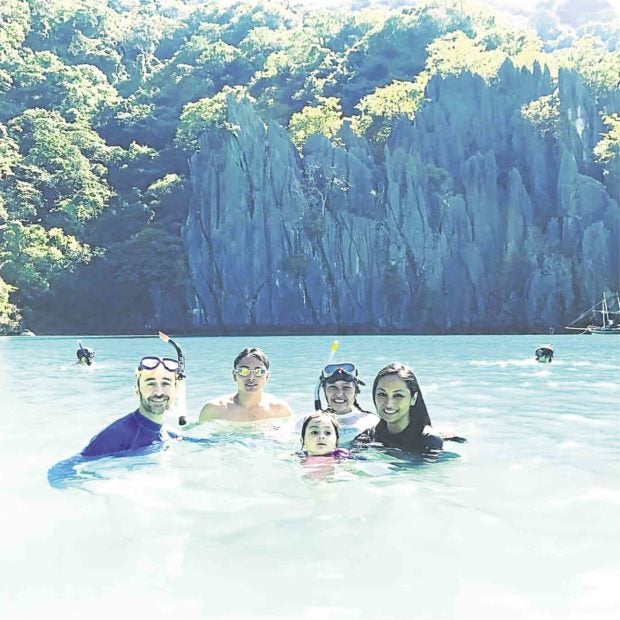 She admitted that she also misses Philippine show biz—specifically, “speaking and acting in my mother tongue.” She also yearns to reconnect with the “people I’ve worked with—directors, staff and crew, actors.”

She, however, couldn’t care for “the attitude of entitlement that some stars have. I’ve worked with South African and Hollywood actors who would arrive at the studio 10 minutes before call time, even if it’s 5 a.m.”

Michelle, who made a splash in the 1996 film “Segurista,” is keen to stage a comeback here. There are offers to do a teleserye for a local network. “Hopefully, I’ll get challenging roles again.”

In the meantime, she’s very much stoked by her part in “Generations,” where she plays Mei Yang, a Chinese migrant.

“My own management company specializes in Asian and pan-Asian talents,” she related. “I sent people to audition and decided to try out myself.”

Michelle hailed working with the “Generations” team as “lovely.” “The level of professionalism is just tops.”

She singled out actor Ronnie Nyakale, who plays Cosmo in the series, as “amazing.” “He’s a method actor, but he’s very generous in working the scenes with me.”

She has obviously built a solid foundation in that part of the world, but still, the push and pull of the tides would inevitably point her back home.

“I feel like that girl from Johannes Vermeer’s painting (‘Girl with a Pearl Earring’), with my body looking forward, but always turning back,” she quipped. “I love my life in South Africa as my family does, too. But there is a strong feeling of wanting to ‘come home’ because more than half of my life was spent in the Philippines. It is the place where I was born, where I grew up, where my dreams, aspirations, ideas and beliefs were formed. It will always be a big part of me, of who I am.”