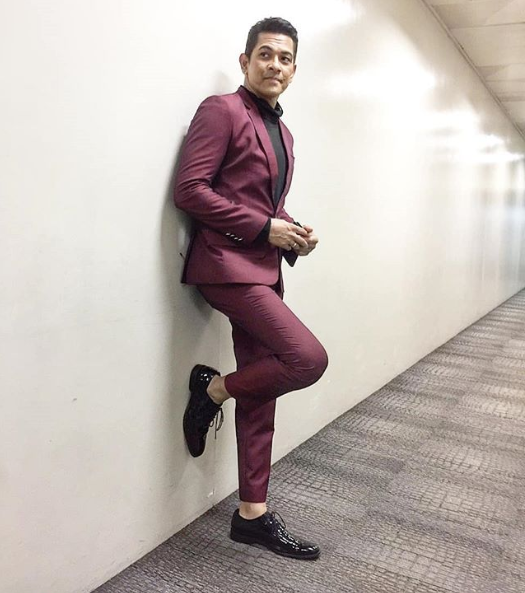 Gary Valenciano has always proven he is a survivor, from battling cancer to living with a condition such as Type 1 diabetes.

Despite undergoing a bypass surgery in May after one of his coronary arteries was blocked — a complication of having diabetes — Mr. Pure Energy has remained fearless.

“I have never been afraid to die,” he said on “Tonight with Boy Abunda” last Friday, Aug. 3. He revealed that he was given 30 years to live since being diagnosed with diabetes at 14 years old. At 54, he’s stronger than ever and raring to get back to work.

Then came kidney cancer, but he remained unfazed because of his faith in God. “There was so much peace in me,” he recounted.

As for his family, he said he feared missing out on their lives. “Wala akong worry sa future nila; gusto ko yung makita ko ang lahat (I didn’t have any worries about their future; I want to see everything [in their lives].”

Valenciano has three children, Paolo, Gabriel and Kiana with wife Angeli Pangilinan, and one grandchild from Paolo.

The “Hataw Na” musician has maintained an active lifestyle amidst his illnesses and revealed that his sex life has not been “affected.”

When asked the infamous question “sex or chocolates?” Valenciano said, “Sex is absolutely beautiful but chocolates are tasty.”

“Sex can be affected by diabetes. I am proud to say I am not one who has been affected,” he said with confidence when asked about his sex life. Erectile dysfunction is common in men with Type 2 diabetes.

Gary V, who is youthful in appearance and in vigor, plans to celebrate 35 years in the industry with a concert and a tour of 35 universities. He is also working on an album, “Awit at Laro”. Niña V. Guno/JB