New FX series chance to tell Latino stories from inside out 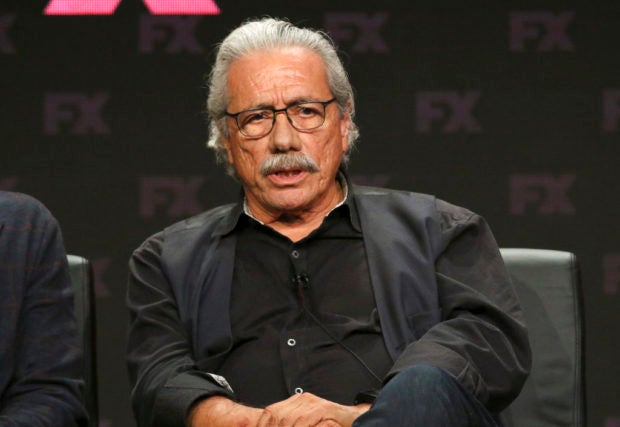 BEVERLY HILLS, California — The co-creator of a new series featuring Latino characters who are violent criminals is at its core about a family, albeit a damaged one that lives outside the parameters of normal society.

Kurt Sutter told a TV critics meeting on Friday that he’s “really proud to have a brown cast” in “Mayans M.C.,” which debuts Sept. 4 on FX.

At the time same, Sutter said he doesn’t bow to outside pressure that many of the Latino characters are criminals.
“The stories that I like to tell and the characters I like to create are damaged,” he said. “I never write these guys or these women from the point of view of them being dangerous or bad. I write them from the idea that they’re human beings with complex feelings.”

The show picks up 2½ years after the events of Sutter’s “Sons of Anarchy” and focuses on that series’ rivals-turned-allies, the Mayans Motorcycle Club.

Co-creator Elgin James said he grew up in a world of gangs and violence, and he sees the show as a chance to tell Latino stories from personal experience.

James noted that many of the people working in front of and behind the camera on the show grew up in poverty amid violence and incarceration.

“This is the first time we get to tell our own stories from the inside out, which is incredibly important to me,” he said. “I don’t want any nice people … to tell me I can’t tell my story.”

Among the cast is Edward James Olmos, Danny Pino, JD Pardo, and Emilio Rivera, who was in “Sons of Anarchy.”
Olmos starred in the PBS series “American Family” that ran from 2002-04 and was the first broadcast TV drama featuring a mostly Latino cast.

“We’re more than 22 percent of the population and less than 4 percent of the images on screen,” he said. “This show is going to move the needle. It’s about time. This next whole evolvement that we’re going through right now will be one to remember. Everyone is going to see this show and have an opinion.” MKH