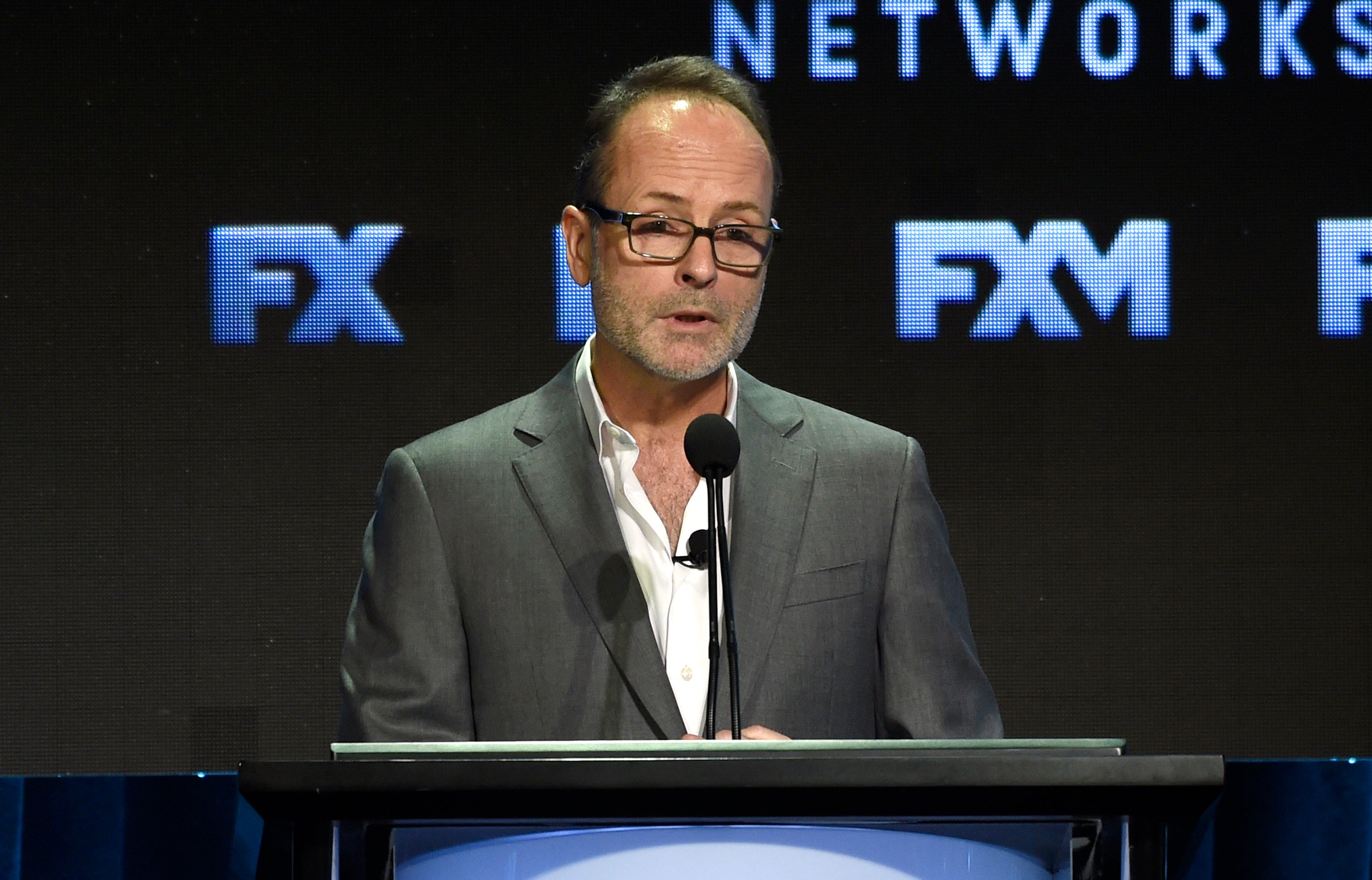 In this Aug. 9, 2017 file photo, John Landgraf, CEO of FX Networks and FX Productions, participates in the executive panel during the FX Television Critics Association Summer Press Tour at the Beverly Hilton in Beverly Hills, Calif. Landgraf says an investigation into sexual misconduct by Louis C.K. found nothing involving his work for the company over the past eight years. The investigation followed a published report of misbehavior, Landgraf told TV critics Friday, Jan. 5, 2018. The network cut ties in November with C.K. after he admitted wrongdoing. (Photo by Chris Pizzello/Invision/AP, File)

He said it sometimes seems that even worthy TV is a “sideshow” to what he called the “daily three-ring media circus.”

Given concerns over society’s shrinking attention span and “dwindling intolerance for dissent,” he’s glad when even his competitors’ worthy shows draw viewers, he said.

The veteran TV executive, who has made FX the unofficial accountant for so-called “Peak TV” numbers, said that the total number of cable, broadcast and streamed series hit an estimated 487 in 2017, a 7 percent increase over 2016’s tally of 455.

The 117 streamed series in 2017 from rapidly expanding outlets including Netflix and Amazon represented the biggest increase, 30 percent, over 2016.