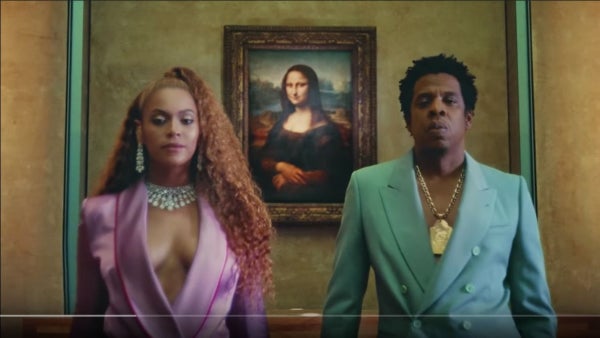 EAST RUTHERFORD, N.J. (AP) — Severe weather forced fans at Beyoncé and Jay-Z’s concert out of their seats to wait inside MetLife Stadium because of bad weather in the area.

Officials said Thursday night in East Rutherford, New Jersey — where the New York Giants and New York Jets play — that concertgoers must head inside while it rained before the performers took the stage. Officials said a thunderstorm was on its way.

The concert started at 11:08 p.m. and Beyoncé thanked the crowd for staying around.

Beyoncé and Jay-Z also have a show planned Friday at MetLife. CC

The hidden meaning behind Beyonce’s yellow hood at Coachella

Love is ‘deeper than pain’ in surprise Beyonce-Jay-Z collaboration