Love is ‘deeper than pain’ in surprise Beyoncé-Jay-Z collaboration 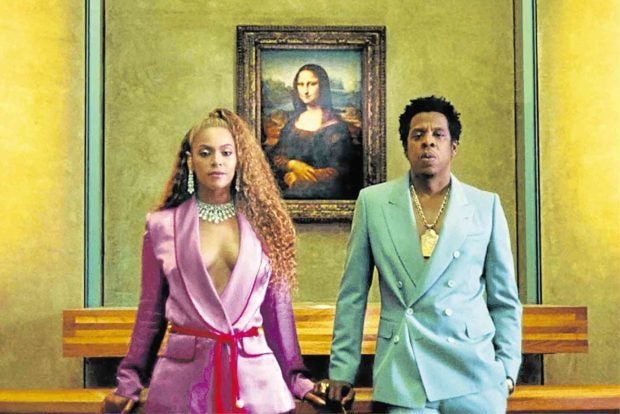 There are inescapable hooks in Beyoncé and Jay-Z’s latest surprise release, “Everything is Love”—from the irrepressible toe-tapper “Heard About Us” and the dance-floor pounder “LoveHappy,” to the edgy urgency conveyed in “Apeshit.”

But, the nine-track collection, which completes the power couple’s theme-driven trilogy about marital infidelity and its dire repercussions (after Queen Bey’s scornful “Lemonade” and Jay’s remorseful “4:44”), is more significant for its revelatory lyrics than the sleekly produced but far-from-exceptional melodies.

“Everything is Love” plays out like therapy—a searing musical iteration of marriage counseling, in which both Shawn Carter (Jay-Z’s real name) and his lovely wife are made to manage their expectations for each other as they weigh in on the differences marring their tabloid-fodder union, and counting their blessings along the way.

The “curative” musical exercise is admirable on paper, but sounds like a shallow artistic excuse to boast about what they have achieved in life—individually and as a couple: “Boss” discusses not just about being on top of their musical game, but also about how much money they’re making: “My great-great-grandchildren [are] already rich/That’s a lot of brown children on your Forbes list.” Uh, OK—e ’di wow!

“Heard About Us,” one of the best tracks in the lineup, examines the downside of success, influence—and affluence. It references Michael Jackson’s “paternity” dilemma in “Billie Jean” as Jay-Z whines about how some fans are taking their adulation a little too far. He raps about aspiring hip-hop artist Rymir Satterthwaite’s claim that he is Jay-Z’s bastard son. (The case will be tried in a family court in December.)

Then, in “Nice” (featuring Pharrell Williams), while delivering an empowering message for daughter Blue Ivy about women “breaking glass ceilings,” Beyoncé’s braggadocio zeroes in on how her success “can’t be quantified”: “If I gave two f*cks about streaming numbers/Would have put ‘Lemonade’ up on Spotify/I’m so nice/I’m better than the hype.”

At the rate the couple is enumerating their “achievements,” we’d soon run out of witty retorts and ripostes!

However, Beyoncé and Jay-Z put their nothing-to-scoff-at sing-and-rap skills to good use when they take a subtle dig at Kanye West’s “slavery is a choice” statement as they celebrate their blackness despite pressures from society’s unenlightened bigots in “Black Effect.”

In the radio-ready single “Apeshit” (featuring Quavo, Offset and Pharrell), while Jay-Z takes a swipe at the Grammys for going home empty-handed despite having been nominated in eight categories, Beyoncé calls attention to the discriminatory housing practices in the United States.

More than the crowd-pleasing section that showcases how the songstress seamlessly and gorgeously shifts to a higher octave, “Friends” is an earnest dramatic rollout that demonstrates how the couple appreciates pals who contribute to their string of successes: “Your friends are foes, my friends are goals/Closer than kin, our souls exposed.”

If you want to see Beyoncé in a different light, you can’t miss her sexy, lyrical rapping in “713,” where she pays tribute to her hometown in Houston, Texas. 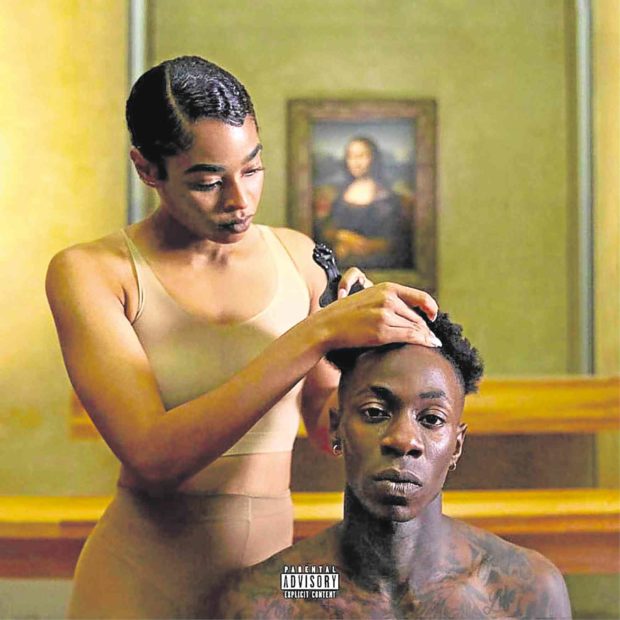 “Everything is Love” album cover

“Everything is Love” is bookended by tunes that put the Carters’ continually unraveling relationship in unfiltered perspective: In the catchy “Summer,” they say they still want to “drown in each other’s depth.”

In “LoveHappy,” the couple expresses relief over the chance to give their domestic squabbles and the ensuing romantic trauma a rest as they close a difficult chapter in their lives with a line from Beyoncé’s single, “All Night”: “You did something to me/But, love is deeper than your pain/And I believe you can change.”