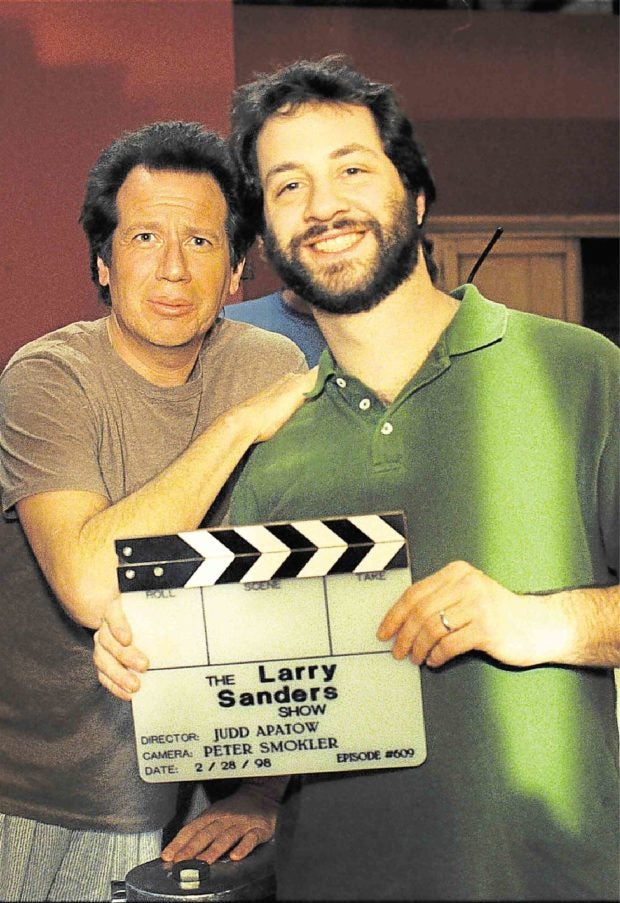 The two-part HBO documentary “The Zen Diaries of Garry Shandling,” helmed by the stand-up comic’s protégé Judd Apatow, paints a revealing but reverential portrait of the hard-driving man behind “The Larry Sanders Show.” It debuted in Asia yesterday (part one) and continues today (part two) at 9 p.m.

As a stand-up comic, the Golden Globe-winning performer, who died in 2016 at age 66, was noted for his wince-inducing observational comedy and satirical take on “relatable” issues pulled from the zeitgeist and cleverly reconfigured as “bullet-point” themes for self-examination.

With entries from his journal putting the documentary in insightful perspective, the film shows how Garry lived, breathed and fought hard for his “art,” giving it priority even over the people closest to him—from his smothering mom, to his former fiancée, actress Linda Doucett, whom he fired from “The Larry Sanders Show” after they broke up in 1994. (Linda then filed a high-profile lawsuit against the comedian, for wrongful termination and sexual harassment.)

Like many successful comedians who came before him, Garry was a soft-spoken, vulnerable soul who found his decisive voice in the jokes he worked so hard to develop. He didn’t have Robin Williams’ spontaneity, quick wit and lightning-speed comic timing, but his hard work and persistence saw him through all the half-baked jokes that initially fell flat on his face.

But, when his gags hit their mark, Garry sent his audience rolling on the floor laughing—like when he described David Letterman’s relationship with a longtime live-in girlfriend he had yet to propose marriage to: “It’s like leasing with an option to buy!”

For Garry, comedy was no laughing matter. He even took dance lessons, because he thought a movement class would make him look “less stiff” onstage! He meditated before gigs to keep his mind clear and his focus, sharp.

His limitless quest for perfection and penchant for wanting to keep topping himself finally took a toll on him when he lent his voice to the character of cynical turtle Verne in the 2006 animated flick, “Over the Hedge.”

In the critically panned big-screen comedy “What Planet Are You From?,” director Mike Nichols couldn’t hide his displeasure over Garry’s “strained” humor and inability to let his comic hair down.

Other notable scenes captured in the documentary include the time when Garry decided to become a comedian after going through “an out-of-body experience,” following a near-tragic traffic accident in 1976. He planned his “exit strategies” with his friends when his romantic relationships became too serious for comfort.

Just as precious to watch is Garry’s painful-to-watch, “very awkward” exchange with Ricky Gervais when the latter decided to shoot a segment of his comedy show in Garry’s house without prior notice!

More than anything, the comedian’s humor was driven by unspeakable tragedy: When he was 10 years old, his mother decided not to tell Garry about his cystic fibrosis-stricken brother Barry’s passing—Garry just “figured” it out!

That sense of betrayal couldn’t get any clearer when Apatow finally reads the comedian’s soul-crushing letter to his dead sibling. It’s nothing short of devastating.