While in London with the “Ang Probinsyano” cast, actress Yassi Pressman took the opportunity to meet again with her older half-sister Cara. 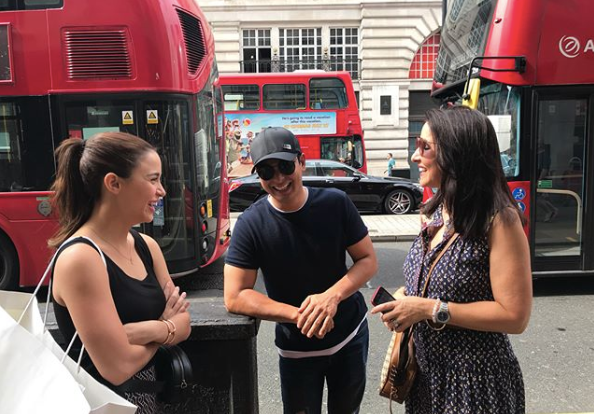 Pressman, along with younger sister Issa, met their half-sister for the first time last December in Florence, Italy.

“What was your favorite part of London so far? The best bit,” asks Cara.

“Look lang (Just looked),” replies Martin, before he and his co-star burst into laughter.

Cara gives advice on riding the Ferris wheel: “Tell him, if you decide to ride it, the best time to do it is like at dusk. When the sun’s going down and it starts to get dark and the lights come on.”

The brief exchange amused fans of Martin and Pressman, with some sympathizing with his struggle to speak English. Those who are fans of the co-stars’ pairing thought it was a cute moment.

The “Ang Probinsyano” cast has been enjoying their tour in the English capital, which include sight-seeing and meeting fans.

Aside from seeing the London Eye, they also visited Buckingham Palace and watched “Hamilton” at West End, where they were able to meet Filipino actress Rachelle Go.  /ra