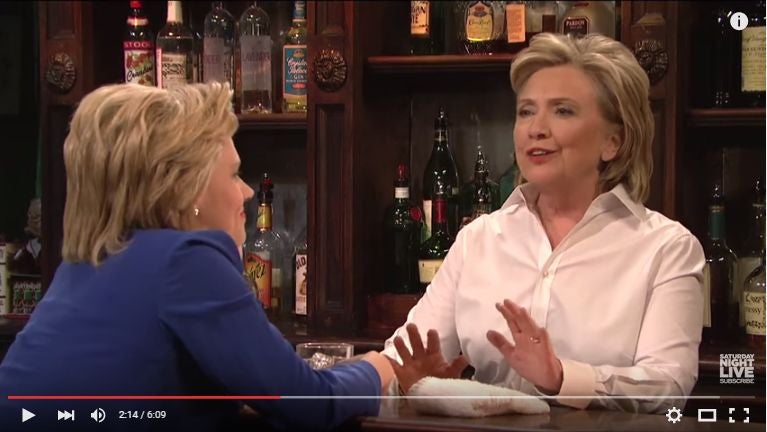 Hillary Clinton has also made an appearance on “Saturday Night Live”, opposite Kate MacKinnon. Image: YouTube/SNL via AFP Relaxnews

Three former United States secretaries of state will have cameos on the fall premiere of CBS’s “Madam Secretary”, revealed the Hollywood Reporter on Tuesday.

Season five of “Madam Secretary”, starring Téa Leoni as Elizabeth McCord, a former CIA analyst and professor who is now the U.S. Secretary of State is about to get some surprising guest appearances.

The three former Secretaries of State will appear together in the season’s premiere episode, airing on Oct. 7 on CBS.

In the episode, Leon’s character will reach out to the three formers for help dealing with a “delicate situation.”

Madeleine Albright was secretary of state from 1997 to 2001 under Bill Clinton and was the first woman to hold the post. She has appeared on “Madam Secretary” before, as well as on “Parks and Recreation” and “Gilmore Girls”.

Hillary Clinton served under Barack Obama as secretary of state from 2009 to 13. She has previously appeared in “Broad City” in 2016. JB