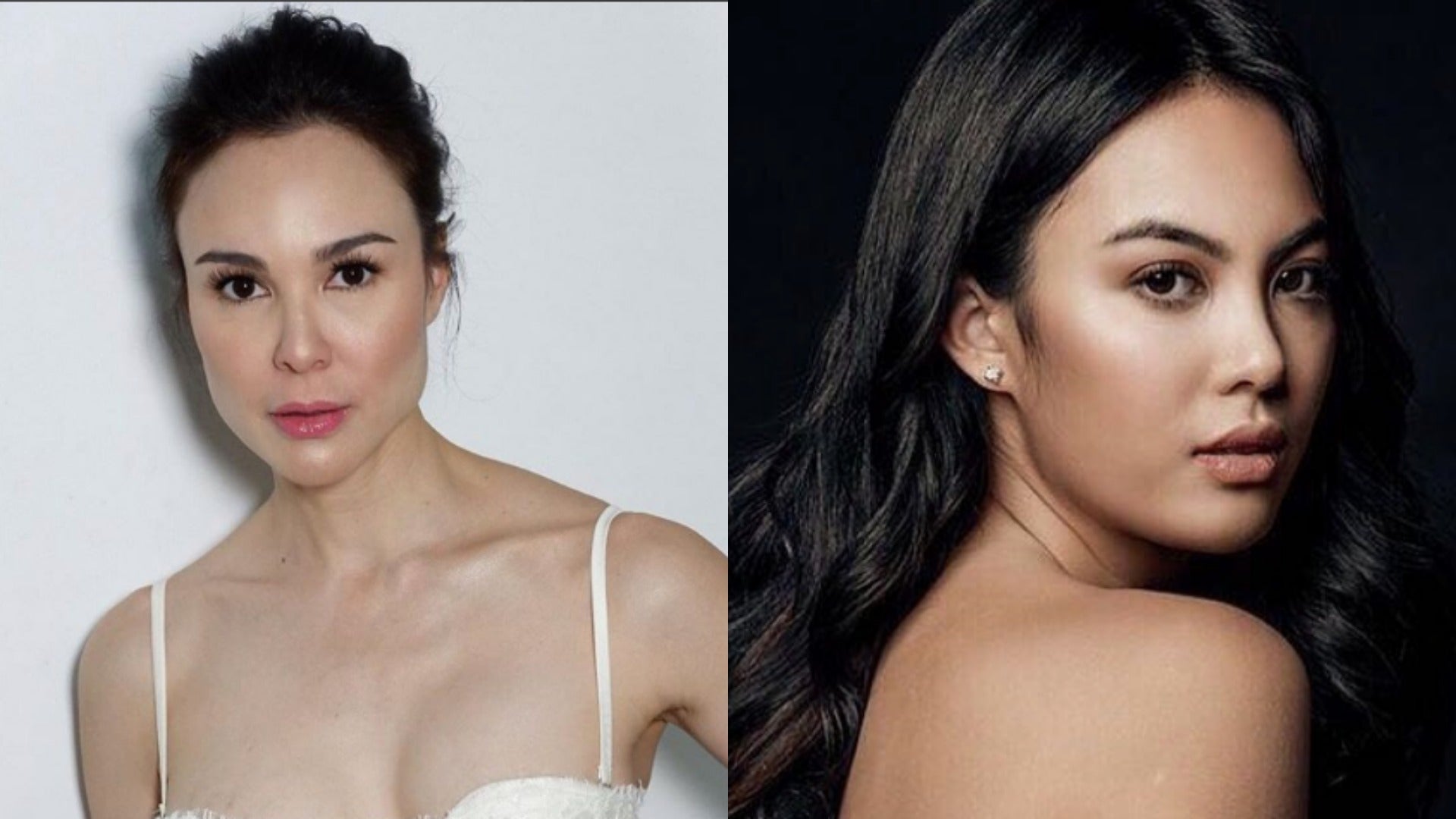 Like any mom, Gretchen Barretto’s top priority would be her unica hija, Dominique Cojuangco, especially when it comes to her health.

The actress-socialite was on full mommy mode when her 23-year-old daughter was confined at the St. Luke’s Medical Center – Global City in Taguig after due to dengue. In one Instagram post last Thursday, Barretto is seen with her friends Mimi Que, Patty Pineda, Rowena Go and Natalie Miranda, who visited Cojuangco during her stay at the hospital.

Love & support for my little one @dominique 💕it has been one hell of a ride the past 2 weeks , on & off fever etc. 💕 she is now recovering from dengue💕 shoutout to my angels @mimiyque @pattympineda @wenago @mirandanats & the kids for all the love💕 st. Lukes global emergency room & the whole staff 16th floor. Thank you so much 💕 you can tell , my eyes says it all. I am needing some sleep 💤 st. Lukes global has been our home for the past few days🙈

Cojuangco was sent home the next day, and Barretto shared that her daughter is getting treatment via Aivee Light upon the advice of dermatologist Dr. Aivee Teo, to help her boost her immune system.

And to help Cojuangco cheer up while she recovers, Barretto once again called Que and Pineda into their home. Videos showed that they fooled around and cooked together. The actress also shared that while she had her “much needed nap,” Cojuangco learned the lyrics of “Bahay Kubo” through Que.

(Even if you’re genteel, even if you’re super-rich and super-clean and a neat freak, when you get bitten by a mosquito with a virus, there’s nothing you can do.)

Upon seeing her mom’s post, Cojuangco commented on her actions: “I’m so embarassing.” To which the actress replied: “@dominique never embarassing, always PERFECT.”

However, not all were impressed with Cojuangco speaking the language. A netizen, @dazmarlene, asked Barretto: “Di ba (Isn’t it) she’s born in [Pinas] di siya marunong mag Tagalog (she doesn’t know how to speak Tagalog). She even told her, “Buti pala ang anak ko (It’s a good thing my daughter) she’s born in the [United Kingdom] pero she’s good in Tagalog.”

Explaining on why her daughter is not fluent in Filipino, Barretto said: “Dominique went to the BRITISH SCHOOL FROM AGE 4. That explains.” 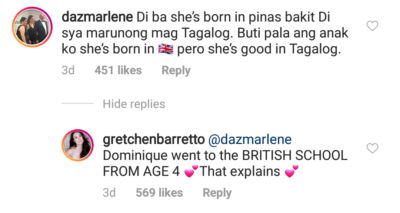 Not ending there, Barretto then shot back: “SO THIS MAKES YOU FEEL LIKE YOU ARE THE BEST?! YOU ARE ONE JUDGEMTAL, TWISTED AND CONSTIPATED CREATURE.”

Cojuangco graduated from the British School Manila, an international school in Taguig, in 2013. She then headed abroad to study fashion design at the Instituto Marangoni in London, where she finished her studies in 2017.  /ra