‘Better Call Saul’ goes back to the future at Comic-Con 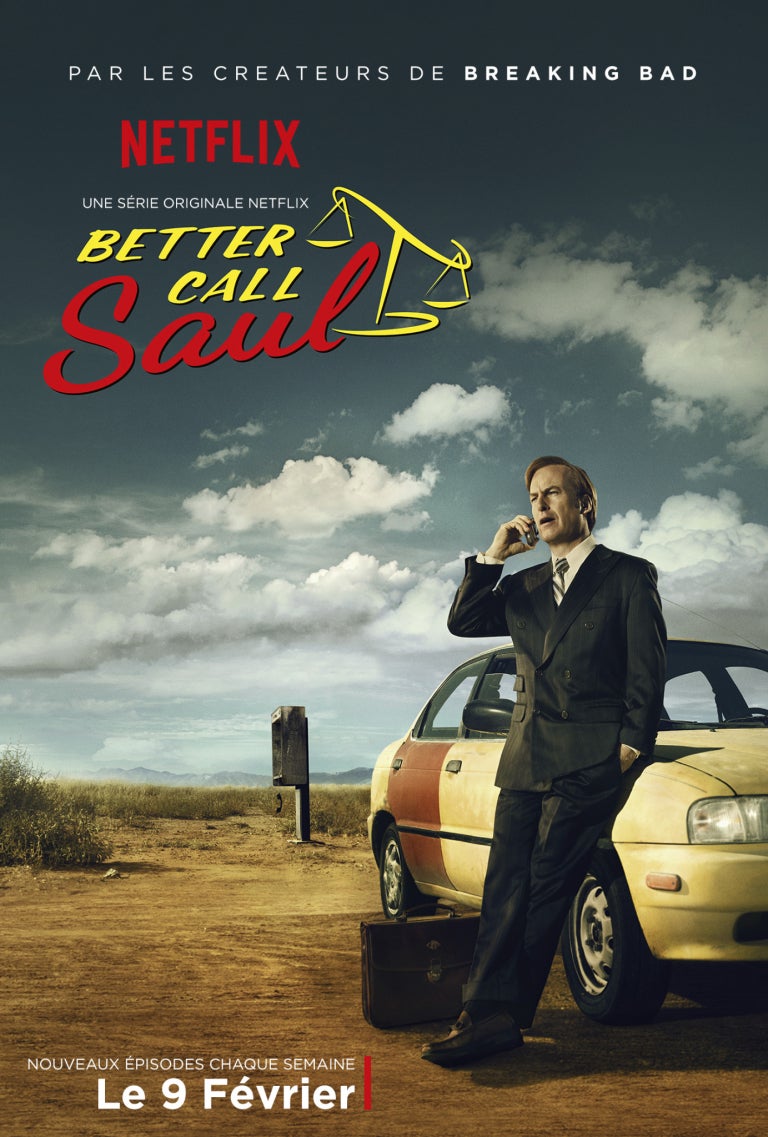 That confusing prospect is not as complicated as it sounds, because “BCS” is a prequel series to the iconic “Breaking Bad”, which introduced Saul (Bob Odenkirk) in its second season, way back in 2009.

When Saul thinks he’s about to be bumped off by Walt (Bryan Cranston) and Jesse (Aaron Paul), he demands to know if it was someone called Lalo that sent them.

While many fans may never have contemplated the line again, the specter of Lalo returned to the southern California fan convention’s 6,500-seat Hall H as the cast hit the stage.

Co-creator Peter Gould screened that original Lalo mention from “Breaking Bad” to jog everyone’s memory, along with the first image of the actor Tony Dalton (“Sens8”) as the character, stooping to speak to wheelchair-bound gangster Hector Salamanca (Mark Margolis).

“You are going to meet people who are referenced in ‘Breaking Bad’ but you’ve never met,” teased Odenkirk.

A fan favorite in the parent show, Saul was given his own spin-off where audiences see the nice guy he once was, a decent man who still used his real name Jimmy McGill and was merely trying to make a life for himself.

Jonathan Banks, a regular in “Breaking Bad” and “Better Call Saul” seen last year on the big screen as a racist sharecropper in acclaimed period drama “Mudbound”, was also due in San Diego but had to miss out due to knee surgery.

The series has picked up a total of 23 Emmy nominations over its first three seasons, and three Golden Globe nods, as well as recognition from Hollywood’s various guilds.

Co-creator Vince Gilligan declared the fourth season, out on Aug. 6, as the best so far, adding that the overlaps between “Breaking Bad” and “Better Call Saul” were getting bigger.

“It is a tragedy that he’s going to turn into that guy,” Gilligan mused. “Who would you rather have a beer with? Jimmy McGill or Saul Goodman?”

A trailer teased a more cynical Jimmy, on the verge of going off the rails and becoming Saul following the death of his brother Chuck (Michael McKean) in the season three finale.

We see Jimmy start to move into the criminal underworld, putting his career in jeopardy, not to say his relationship with Kim.

“You know why God made snakes before he made lawyers? He needed the practice,” Odenkirk said, bringing the trailer to a close with an aphoristic flourish.

Despite the heavy signposting of the two storylines intertwining, neither Gilligan nor Gould said whether Walter White and Jesse Pinkman would ever appear in the sister show.

“You are going to see some stuff,” was all Gould would offer, while Gilligan added that “you want the last hill on the rollercoaster to be the scariest of all.”

The panel came ahead of a “Breaking Bad” reunion to celebrate the 10th anniversary of a show many believe has stood the test of time to become one of the best series in television history. JB