JM de Guzman graduated from the Self Enhancement for Life Foundation (SELF) rehabilitation program yesterday, July 21, at the Taal View House in Talisay, Batangas.

The “Araw Gabi” star shared the monumental event in his life via Instagram yesterday. De Guzman uploaded a video of him and his co-graduates wearing black suits with white rose boutonnieres and sunglasses.

“After almost 3 years… thank you SELF,” wrote the actor.

His father, Ronniel, uploaded a video on Instagram of the actor holding up the glass plaque he received during the ceremony.

De Guzman’s father also posted a photo of his son beside a mahogany sapling he planted at the SELF facility after the graduation rites.

The actor’s friends were quick to congratulate him on his milestone. “Araw Gabi” director Don Cuaresma and co-star Vina Morales said they were proud of him. 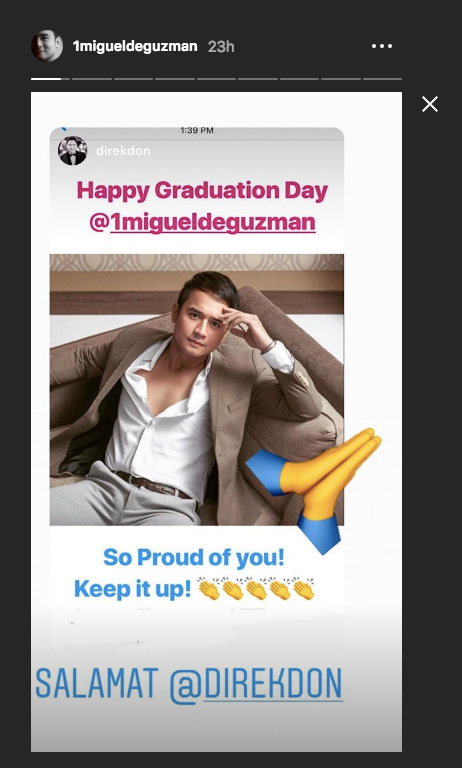 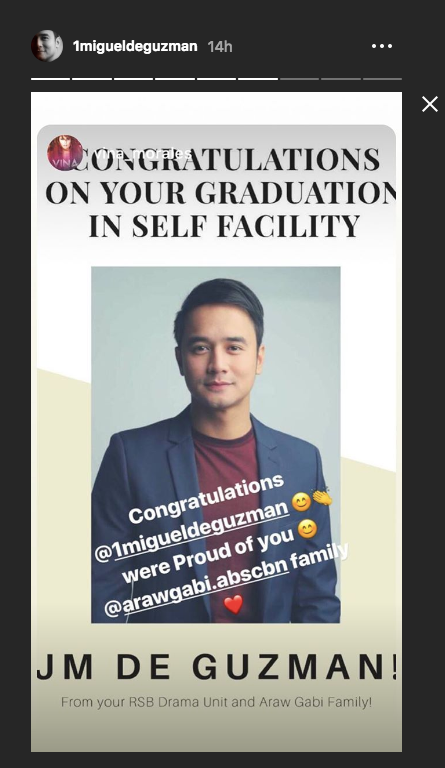 Rita Avila, who stars alongside de Guzman in “Araw Gabi” as well, congratulated the actor by sharing a photo of him via Instagram.

Rhian Ramos, who is currently working with de Guzman as both actors and co-executive producers of TBA Studio’s “Kung Paano Siya Nawala,” also took to Instagram to greet the actor.

Asked about how de Guzman is as an actor on Instagram Stories, Ramos described the “That Thing Called Tadhana” star as “natural, quick, intense, sensitive, generous.”

“Dami kong natutunan (I learned a lot) just by watching him actually. Easy to work with,” wrote Ramos. 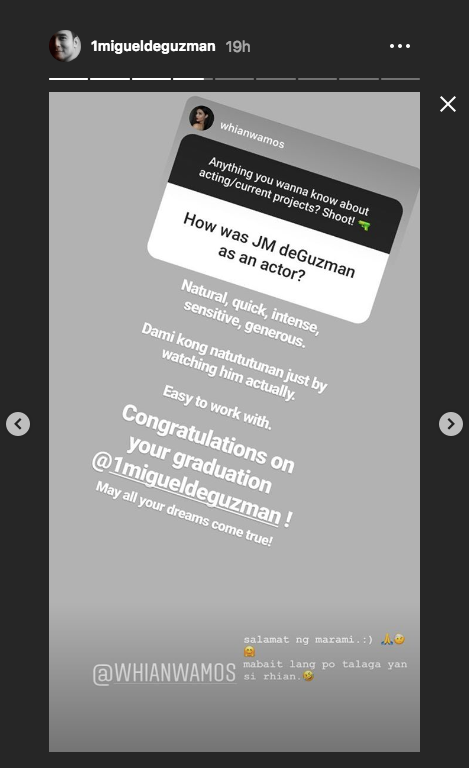 De Guzman has been open about his struggle against drug addiction. The actor admitted in January that he cheated his way out of a previous rehabilitation program. He said that he tried doing the same thing in SELF but the staff was able to see through him. NVG

View to a cure: Taal View House has become a drug dependents’ refuge