‘Rowan Atkinson is dead’ fake posts may give computers virus 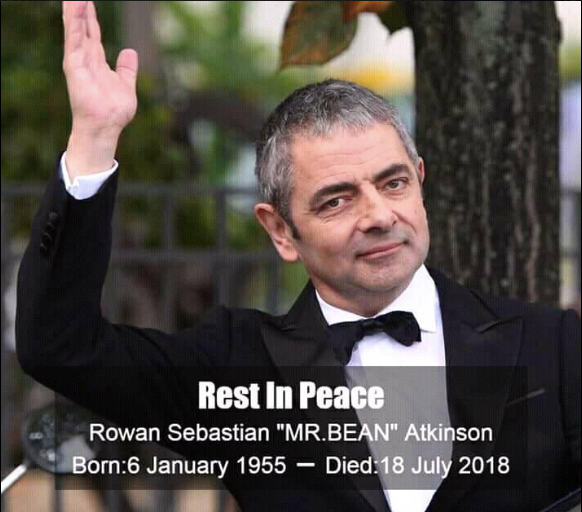 Image: Screengrab from Facebook/Face Of Lie

“Mr. Bean” star Rowan Atkinson has been a frequent victim of hoax celebrity death news. This time, the posts about the British actor’s death may bring more than just misinformation with it: a possible computer virus.

Facebook and Twitter posts which emerged yesterday, July 18, saying “Mr. Bean” star Rowan Atkinson died in a car crash in Los Angeles is fake, as reported by Chronicle Live on the same day. 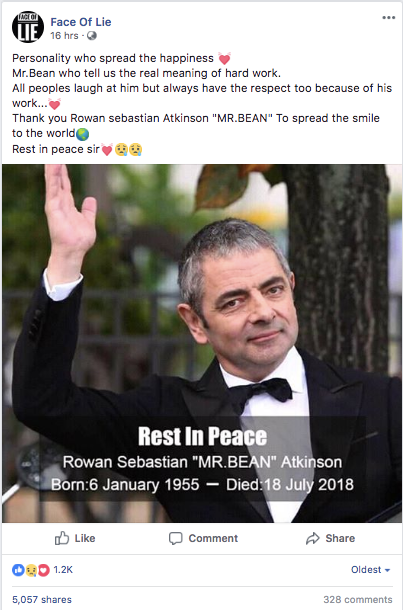 Image: Screengrab from Facebook/Face Of Life 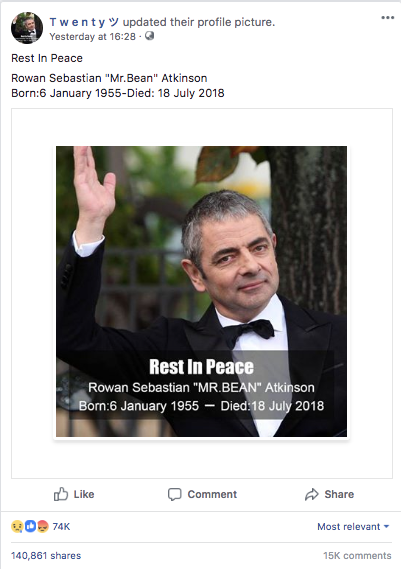 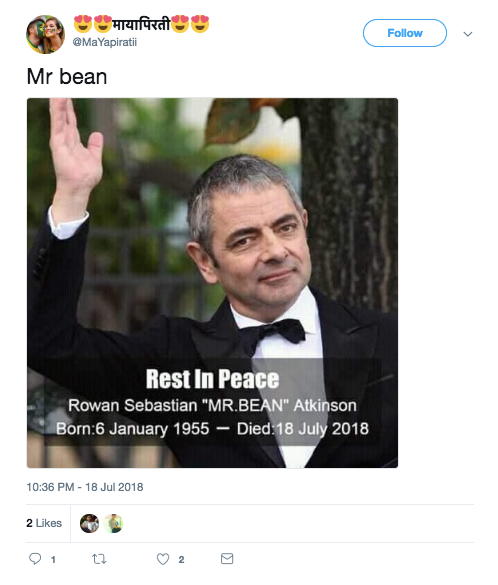 Last year, false information about Atkinson’s death surfaced as well, claiming to be from Fox News and bearing the headline, “FOX BREAKING NEWS: ‘Mr. Bean (Rowan Atkinson)’ died at 62 After Crashing his Car on Attempt perfecting a Stunt – Today July, 2017.” These fake posts are reportedly linked to a scam website, which in turn may potentially give computers virus.

Netizens are warned by Hoax Slayer from clicking the post. Hoax Slayer is a website dedicated to debunking false stories, the report stated. The site said that some of the fake post links direct netizens to fake security error pages.

These error pages will then state that one’s computer has been locked; next, the computer user will be made to call a support number, which netizens shouldn’t do.

The tech support scammers will reportedly trick netizens into giving them their credit card details to pay for the repairs of the alleged damage in the computers. Furthermore, the hoax debunking site also said that scammers may trick netizens into downloading softwares which will allow them to hack one’s computer, steal one’s files and install malicious softwares.

Rowan Atkinson is most definitely alive and kicking — if the third movie of the British actor’s “Johnny English” franchise, “Johnny English Strikes Again”, is any indication. It is slated for release this October. Kate Matriano/JB

Rowan Atkinson to appear as Mr. Bean in his first Chinese film