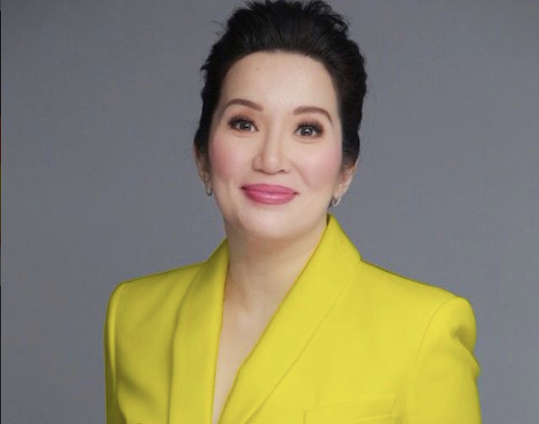 The Queen of All Media appears to be quite sensitive when it comes to the subject of family conflict between the Cojuangcos and the Aquino, as she recently defended herself from being compared to her cousins Mai Mai, China and Mikee — the daughters of Jose “Peping” and Margarita “Tingting” Cojuangco. This was after a netizen called her out for allegedly humiliating her assistant, Jack Salvador and makeup artist RB Chanco.

It all started when Aquino expressed her gratitude for the continuing support of fans on her latest movie, “I Love You, Hater” via Instagram on Wednesday, July 18. She posted a montage of photo messages she got from her fans abroad who flocked to cinemas to see the film.

While she was thankful for the immense love given to her, one netizen named @leecoj888888 accused the media personality of several things. First, the commenter said that Aquino would be “flattered” to be compared to Chanco if she had her teeth fixed, and made “disparaging remarks” of the makeup artist’s looks without makeup. Another was when Aquino allegedly told Salvador to take the next elevator because he was “too big.”

The netizen told Aquino: “I’m sure you would say I’m bashing you. But for someone who is outspoken herself… you must know how to separate the chaf from the grain.” 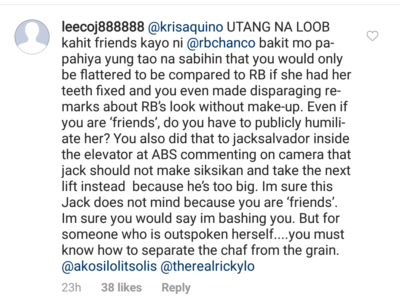 But what the netizen said next may have been what ticked off Aquino: “Iba talaga sina Mikee, China at [Mai Mai].” (Mikee, China and Mai Mai are really different.) She described them: “Walang (N0) illusions of grandeur and very well bred ladies to the manor born yet humble and down to earth and grateful. They lead normal lives with real friends.”

Chanco did not stay silent; she spoke up and denied that she was insulted by her client and good friend. She defended Aquino: “If you can get to know her, you will definitely change your perception of her.” 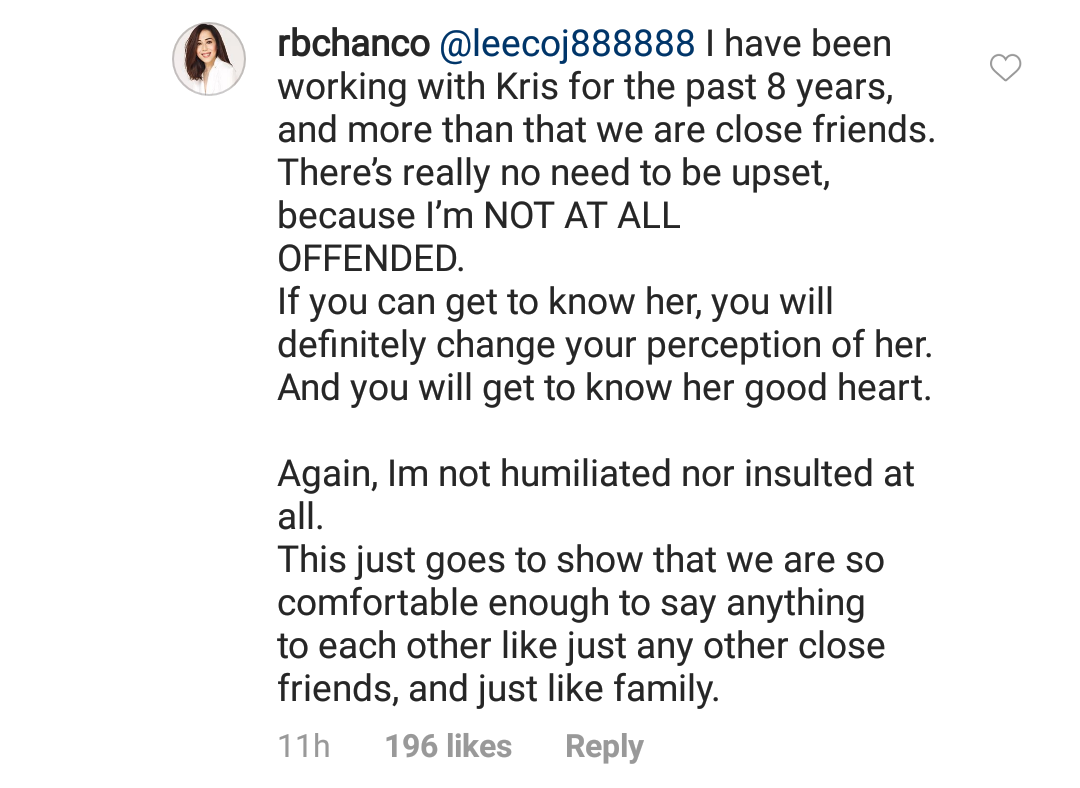 (Those remarks that Madam makes are just expressions of affection and jokes; that’s her way of showing how much she loves the person.) 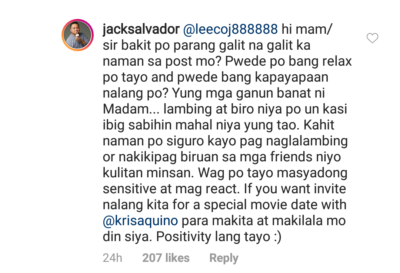 Aquino too, expectedly, answered the netizen, this time via Instagram Stories, where she stated: “[B]ecause you kept pretending to know about our family when you don’t.”

And when it came to being compared to her cousins, she asked the basher: “[D]id it ever enter your mind that they’ve always had both parents?” She even asked her/him: “Do I need to bring up that their parents publicly shamed my brother (former president Benigno Aquino III) [and] told him to resign?” 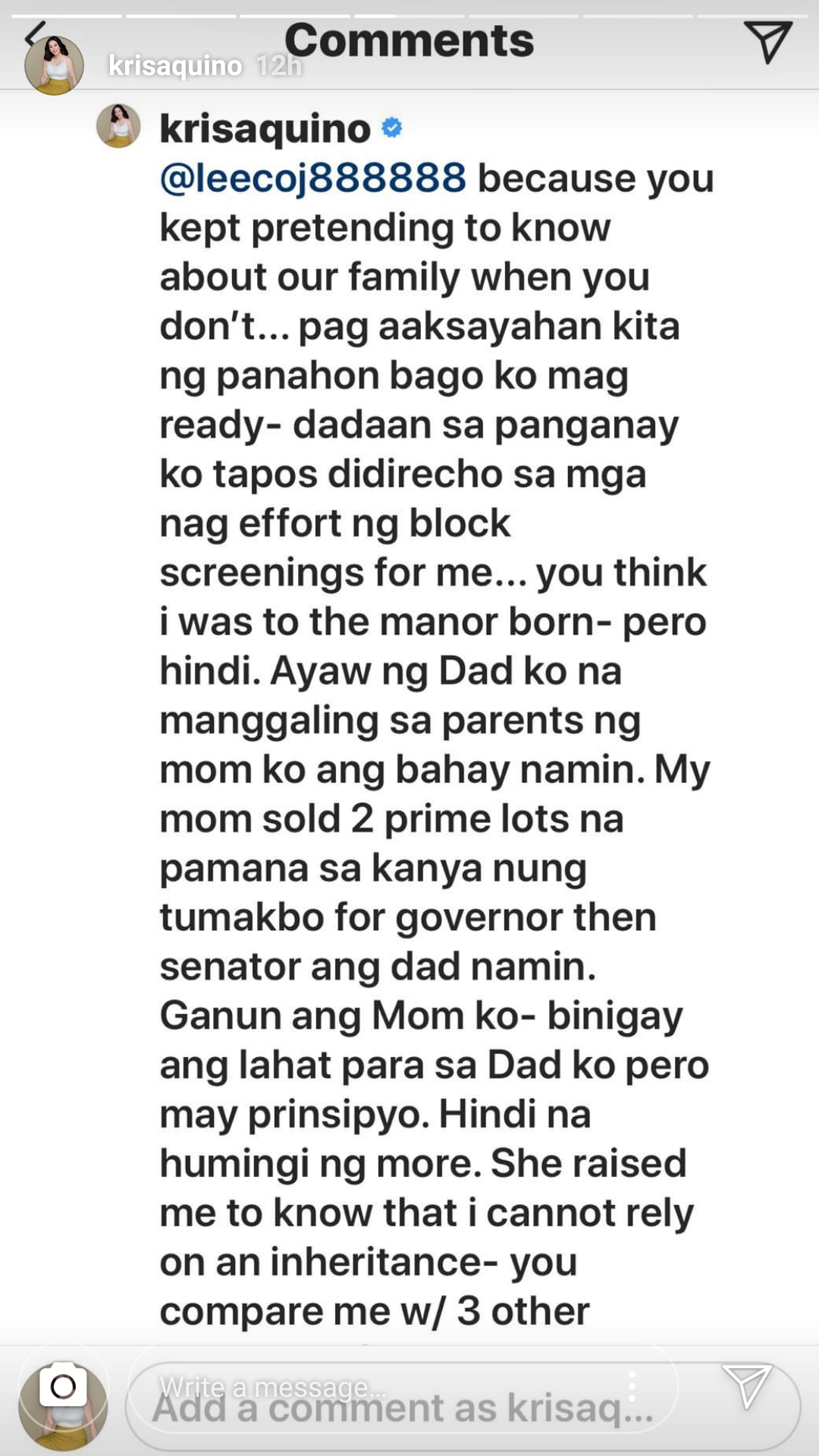 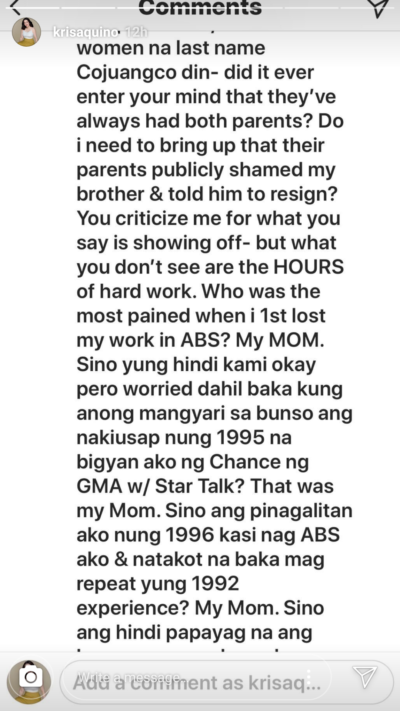 “You criticize me for what you say is showing off — but what you don’t see are the HOURS of hard work,” Aquino shot back. “Every contract I sign, every endorsement, every success at the end is still a CHOICE. And that choice is they chose a Cojuangco Aquino — the daughter of Ninoy and Cory.” 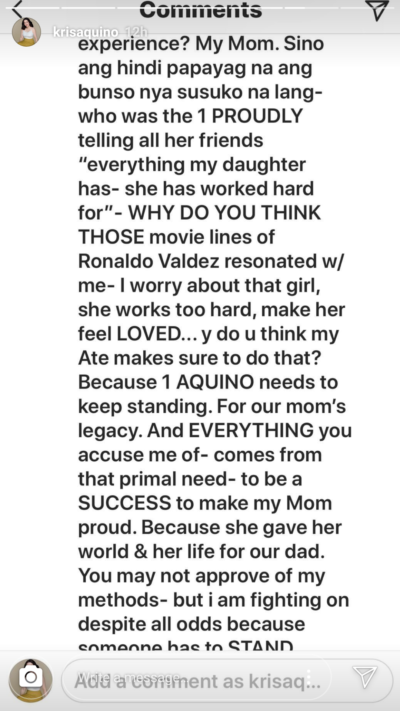 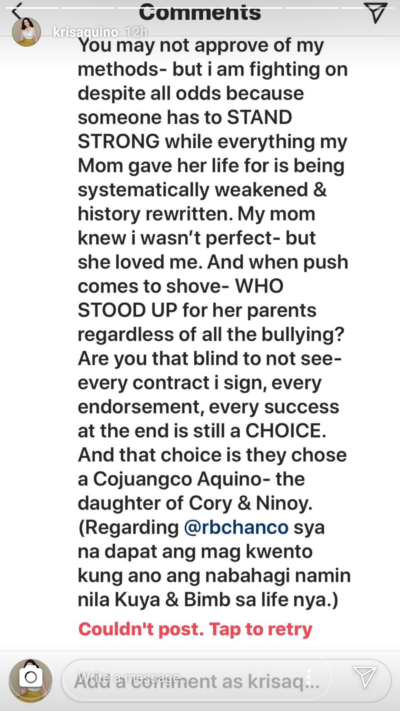 It is known that the Cojuangcos and Aquinos have had conflicts over the years. Back in 2015, Tingting was quoted in an Inquirer report to have said, “I’ll just leave the country,” if Aquino were to run for public office. Her aunt and uncle were also critical of the previous administration, particularly about the botched Mamasapano operations which killed 44 commandos from the Special Action Forces. JB