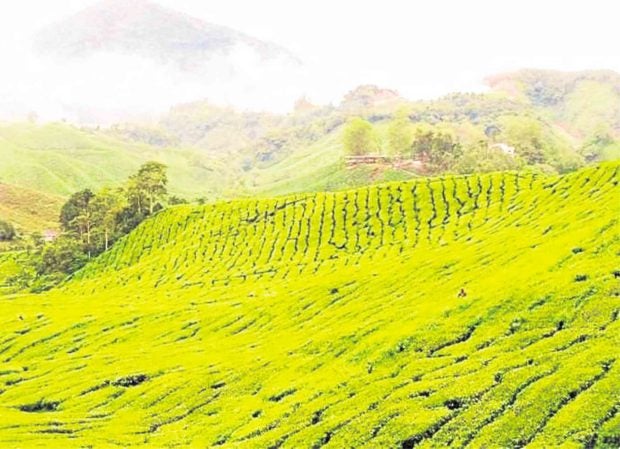 Cameron Tea Plantation, one of Malaysia’s tourist-hooking spots, is one of the locations where the story takes place.—PHOTO BY RITO ASILO

KUALA LUMPUR—The roads and highways in this Malaysian capital’s urban sprawl surprise first-time visitors with their luxurious patches of greenery all throughout. No wonder one of HBO’s offerings for next year is being filmed here.

“The Garden of Evening Mists,” based on the award-winning novel by Malaysian author Tan Twan Eng, is being shot in Malaysia’s tourist-hooking spots, including the Cameron Tea Plantation.

Yet for the film’s main setting, the Malaysian production opted to build its own 17,000-square-foot garden, Taiwanese film director Tom Lin revealed at a recent press conference held here.

According to Lin, it’s always tricky to shoot on location in Malaysia because of unpredictable weather.

“So, we try to do everything practical, even the mists,” he said.

“The Garden of Evening Mists” tells the story of Teoh Yun Ling, a female law graduate—a prisoner of the Japanese during World War II, who seeks calmness in the remote, picturesque Cameron Highlands. She finds love in the arms of a mysterious, spiritually sensitive Japanese, named Nakamura Aritomo. They share a common interest: gardening.

This is Lin’s first-ever historical movie.

“There’s a lot of respect and thorough research involved in making this film. Our team has worked very hard to get everything right historically… to have the emotional resonance that’s coming from the book,” he explained.

Lin said the international film adaptation tried to capture how the novel tackled a powerful and emotional story of self-discovery and forgiveness.

The novelist, Twan Eng, told reporters that the idea of his story came from his brief encounter with the gardener of the Emperor of Japan some years ago. This inspired him to envision a love story set in a garden.

The novel encompasses three different eras: the late 1980s, when the main character writes down her story; the early 1950s, when the main action takes place; and World War II, which provides the backdrop for the story. 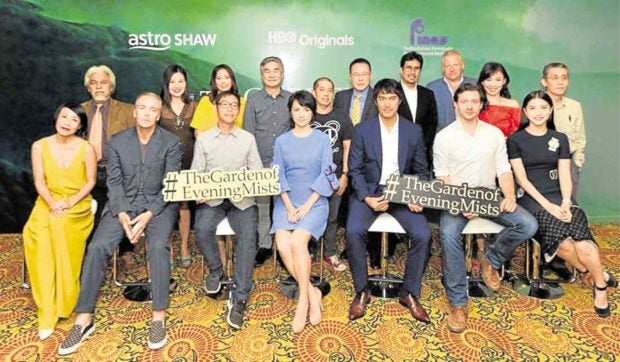 Asked how faithful the movie is to the book, director Lin quipped: “I would say 100 percent. What I try to do with every adaptation is to find the spirit of not just the book but primarily of the writer himself. But since this is a movie that we’re doing—over two hours long—we have to make some changes and cuts to let the story flow.”

For Lin, “it’s always the story,” admitting that he didn’t know much about Malaysia until he read the book and was moved by its story.

“It’s a pleasure working with these great actors. They’re very professional and well-prepared. You don’t really need to do much. They have their own interpretation of the story. They have a sense of who their [respective] characters are. It’s just a matter of trusting them,” said Lin.

He believes that the main actors were a perfect fit for their roles, particularly Abe, who plays Aritomo—the Japanese gardener. 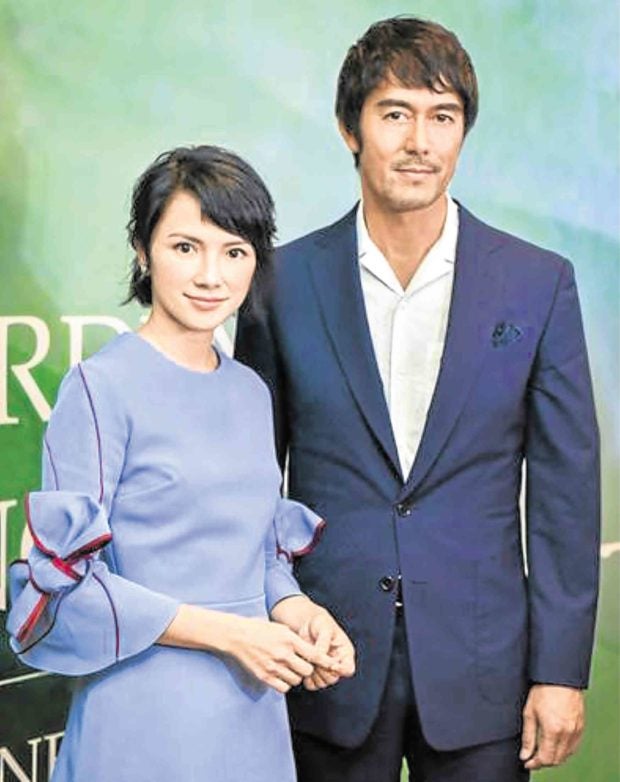 Abe admitted having been hesitant at first about accepting the role, since 90 percent of the film would be in English. He said it would be hard and challenging for him to speak American English. But Lin convinced him that the character he would be portraying required mere Japanese English.

“His performance is really moving. I’m a fan of Abe’s. I’ve watched a lot of his previous films. I wanted to do something different, which would surprise the audience,” Lin said.

For actors Hannah and Oakes, “being part of this beautiful script is a gift.”

Oakes admitted that doing the film is an adventure more than a challenge. “The great thing about this film is you have different nations colliding on Malaysian soil with different temptations, hopes and dreams.”

International and local talents from Taiwan, Japan, India, Australia and Malaysia make up the different aspects of production—from cinematography to production design.

The movie, produced by Astro Shaw in partnership with HBO Asia, will have a theatrical premiere next year.