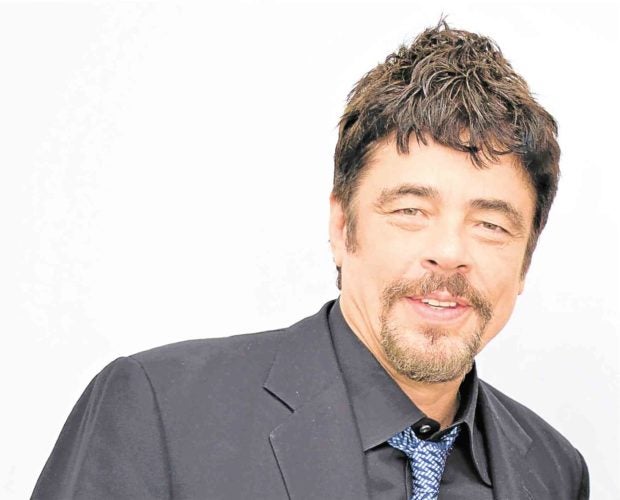 LOS ANGELES  —“We can’t talk about the sex in this movie,” Benicio del Toro said about “Sicario: Day of the Soldado,” the sequel to the acclaimed “Sicario” in 2015. “There’s nothing,” the actor, one of the finest of his generation, added with a laugh. “And there’s also no politics in this movie, in my opinion.”

Nevertheless, “Sicario: Day of the Soldado” is still a worthy follow-up. And it’s also a hit. There were initial concerns about this sequel because while Benicio and Josh Brolin returned, Emily Blunt and director Denis Villeneuve did not. Stefano Sollima, whose directing credits include the “Gomorrah” TV series, took over.

But writer Taylor Sheridan came back, and this time, he conceived the plot that as the drug war on the US-Mexico border escalates, the cartels have started trafficking terrorists across the US border. To fight this, CIA agent Matt Graver (Josh Brolin) reteams with hit man Alejandro (Benicio).

While Benicio claimed that some of his other movies really dealt with the politics in the drug war, “Day of the Soldado” is politically timely, especially with its focus on the US-Mexico border, a hot topic in these Trump times. And the US government-sanctioned kidnapping of a Mexican teen (Isabela Moner) is eerily prescient in light of the treatment of Mexican children, separated at the border from their parents, by the Trump administration. 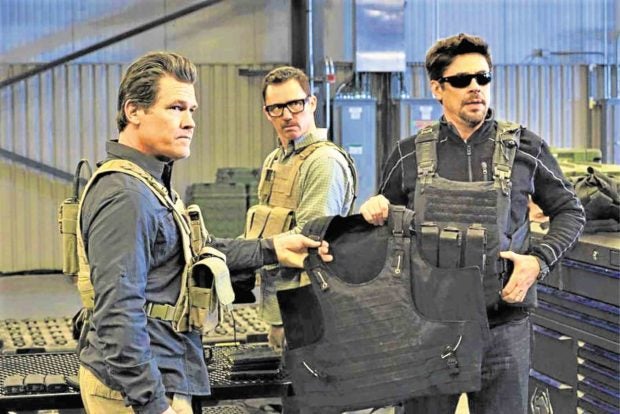 The 51-year-old Puerto Rican native maintained that one of his earlier films tackled the US war on drugs, especially against Mexican drug cartels. “‘Traffic,’ which I did in 2000, explores the whole dilemma. From that movie, I’ve done several films that have to do with the drug world, the drug wars. Sometimes, it takes place between the border of Mexico and the United States, and sometimes it takes place in other places and other countries.

“But what I can tell you is that from 2000 to 2018, nothing has changed in the real world. We still have problems with violence, drugs and the border. I don’t know the politics about it, except that nothing has changed and, in some places, it has even gotten worse.

“OK, Mexico makes the drugs, they buy it here (in the US). But what a lot of people don’t talk about is that the weapons that are being used down there come from the US. So, there’s an exchange of violence that’s just gotten out of control. The idea of this drug war and fighting fire with fire, fighting violence with violence, I don’t think it’s just the answer.”

Benicio admitted that he had doubts at first about a “Sicario” sequel. “I was a little scared because I thought ‘Sicario’ did pretty good in what it tried to do. It’s a good movie. I felt like, wow, we’re going to do another one and the [original] director (Denis) isn’t going to be around. The [original] director of photography (Roger Deakins) is not going to be around (Dariusz Wolski is the sequel’s DP).

“Then, I got the script. I thought it was original. It did have a lot of unpredictable moments, so I was like, OK, let’s give it a shot. Stefano did very well. He was the leader, and he led the troops. That’s how I felt. But there was a little bit of worry.”

Told that his mercurial operative Alejandro is the sequel’s emotional core, the Oscar and Golden Globe best supporting actor winner for “Traffic” quipped with a smile, “Well, in every movie I do, I’m the emotional core.”

He and Josh earned good reviews again for their performances in “Day of the Soldado.” They have become buddies. “My relationship with Josh is based on mutual respect. We both know how difficult it is to be an actor and try to be any good. I’m a fan of his work. He’s very professional. Josh is one of those actors who don’t lie when he acts. He is one of those who tell the truth all the time. In the ‘Sicario’ movies that we’ve done, we’ve become closer.

“Every time after we do a scene, Josh is extremely funny. He does have a great sense of humor. Both he and Jeffrey Donovan (who plays Steve Forsing) are hilarious. It’s not distracting. It actually helps. The movie is really intense. That happens with every movie, so they make it fun.”

Benicio elaborated on how Josh’s humor lightened up the set of the movie, which tackles serious issues. “Josh turns the set into a hair salon (laughs) in a way. When you’re in a hair salon, you’re always talking about gossip and you’re laughing. He’s the instigator, and you can’t fight it. It does help so the movie doesn’t get bogged down.”

Benicio revealed that they missed their original costar. “It would be nice to bring Emily Blunt back, I tell you that. We miss her.”

Who knows, Emily might return in the third “Sicario”? Will there be one? “Let’s see how this one does,” Benicio answered. “But if they asked, yeah. I’m a part of it. It would be interesting to see where Taylor Sheridan, the writer, would take the story. He said that he always saw ‘Sicario’ as a trilogy.”