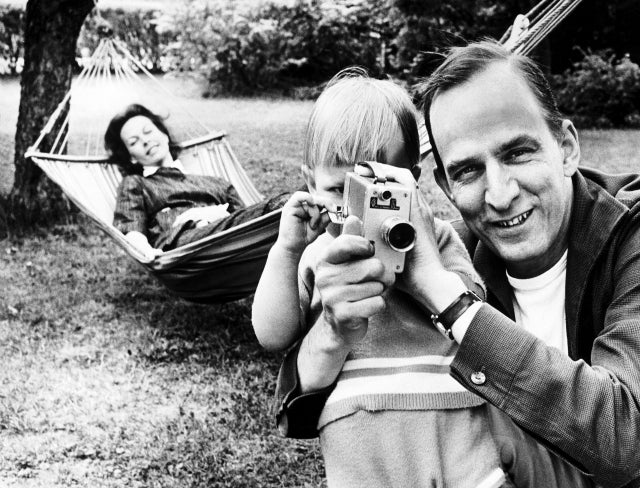 Ingmar Bergman, one of the most distinguished filmmakers of his generation whose melancholic work is often tough-to-digest but celebrated, still captivates audiences as much as he puts off his critics.

He died 11 years ago aged 89 in his home in Faro, a small island in the Baltic Sea whose coast is strewn with distinctly-shaped limestone rocks and shrubland, where his disturbing film “Persona” (1966) was set.

The son of a Lutheran priest, Bergman remains to this day the most distinguished portrayer of torments, fantasies, madness and marital infidelity.

“The essence of our education was based on the principles of sin, confession, punishment, redemption and forgiveness,” Bergman wrote in his autobiography “The Magic Lantern”.

Throughout his career, with his debut film “Crisis” to final “Saraband”, the gifted director was known for having relationships with his actresses whom he filmed masterfully.

He abhorred death and depicted its themes painfully by creating a tense metaphysical atmosphere where God is powerful yet absent, leaving the characters alone in the world with a troubled conscience between cries and whispers.

“Ingmar drew heavily on his past experiences… in a way, he stayed in the first 10 years of his life,” costume designer and Bergman’s former daughter-in-law Anna Bergman told AFP.

His international breakthrough began in the 1950s with global audiences seduced by “Scandinavian exoticism” with its barbaric language, frank women, wild landscapes and bewildering “natural” representation of nudity which also triggered scandals.

“He is often associated abroad with his dark, black-and-white, slow-paced, tight-shot films, but that’s only part of his truth,” Anna Bergman said.

She said Swedes prefer to watch “Fanny and Alexander,” which portrays the tragic life of a family through the eyes of two children. The film is shown every year at Christmas on Swedish television.

The film maker’s dark themes didn’t always fit into the societal changes in his country.

“Bergman’s career coincides with the development of the Swedish welfare state… Sweden experiences an exceptional political, social, and economic boom during the 1940s, 50s and 60s,” Jan Holmberg, head of the Ingmar Bergman Foundation, told AFP.

“We now have this director reminding us that we can also be anxious, that we can divorce, or maintain difficult relationships with our parents, that we’re godless, and that we do not want to hear about it,” he added.

Bergman repeatedly created symbolist compositions, first in black and white and then in color.

“The Seventh Seal”, “Summer with Monika”, “Scenes from a Marriage”, “Autumn Sonata”, “Cries and Whispers, and “Fanny and Alexander” are classical examples next to “Persona” which, to this day, remains one of the masterpieces of cinema.

From 1963 to 1966, Bergman was the director of the Royal Dramatic Theatre in Stockholm, which this year announced an exceptional program to celebrate his 100th birthday.

An impassioned music listener who once humbly claimed he wasn’t very gifted in the art, Bergman united the stage and cinema when he directed Mozart’s comedy opera “The Magic Flute” in 1975.

The opera’s LP record remains in his pine-shaded home in Faro.

Described by Woody Allen as the “best director” in film history, Bergman won an Oscar in the best foreign language film category for “The Virgin Spring” (1960), “Through A Glass Darkly” the following year and for “Fanny and Alexander” (1983).

In 1997, he became the only filmmaker to be honored with the “Palmes des Palmes” in Cannes.

Bergman himself had role models.

“[Andrei] Tarkovsky is for me the greatest, the one who invented a new language, true to the nature of film, as it captures life as a reflection, life as a dream,” Bergman said.

And he said other filmmakers, among them Italy’s Federico Fellini, Japan’s Akira Kurosawa and Spain’s Luis Bunuel, all “sail in the same waters” as Tarkovsky.

Bergman selected Swedish actress Harriet Andersson and his Norwegian muse Liv Ullmann — whom he called a “Stradivarius” — for his most profound characters.

He married five times and had nine children. NVG