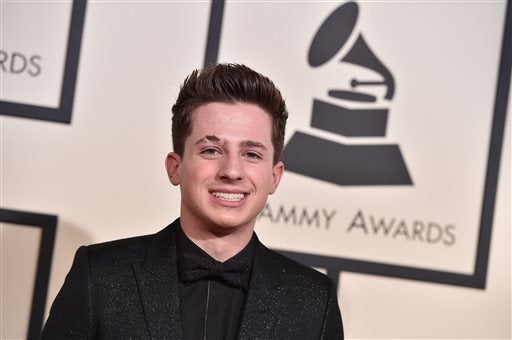 Fans of Charlie Puth will surely fill up Pasay City’s Mall of Asia Arena as he is set to come back to the Philippines for another concert.

The Grammy Award-nominated singer, known for hits such as “One Call Away” and “See You Again”, will serenade his diehard fans once again for a one-night show, set for Nov. 6, in line with his “Voicenotes” tour.

Entertainment organizer MMI Live made the announcement for Puth’s show on Saturday, July 7.

Concert tickets will range from P2,000 for general admission to P15,100 for the VIP Soundcheck package which includes one VIP seating. Tickets will go on sale starting July 17.

The upcoming concert will be Puth’s third visit to the country. He first came back in October 2015 at Eastwood City, while his second was in August 2016 at the Kia Theater in Cubao. JB

Into the Valentine groove with Charlie Puth, Tony Bennett

Read Next
LOOK: Jose Manalo flaunts clear skin, draws comparison to Alden Richards
EDITORS' PICK
Is it safe to talk politics again at family gatherings? ‘The Reconciliation Dinner’ shows us what that’s like
House energy committee chair Arroyo bats for cheap electricity
Pagasa: Warm, sunny Sunday in most parts of PH
vivo’s coming to town to grant wishes with more holiday promos
EDITORIAL: To a bike-friendly future
The Best Tech Gifts For The 2022 Holidays
MOST READ
LOOK: Vhong Navarro transferred to BJMP detention facility in Taguig
The Elephant Man in the Senate
Posh village as ‘shabu’ haven
LOOK: Zanjoe Marudo bonds with Ria Atayde, her family
Follow @KHallareINQ on Twitter
Don't miss out on the latest news and information.