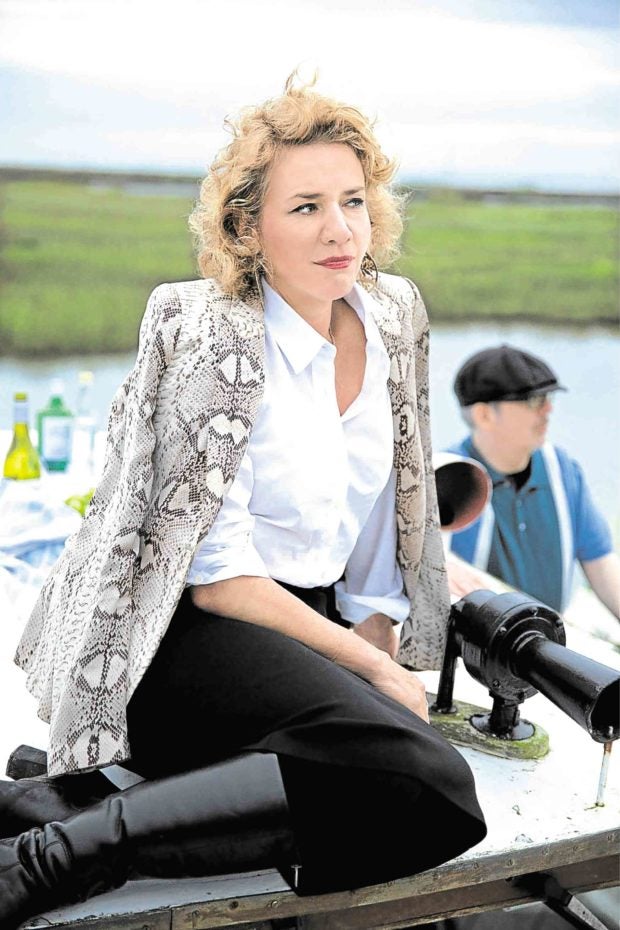 For the British band Workshy, which gained prominence in the late 1980s for its brand of breezy, soothing pop-jazz tunes, one of the biggest challenges about releasing an album these days is striking a right balance between staying faithful to its sound and keeping up with contemporary elements without sounding contrived.

“We’re always quite nostalgic—but without meaning to be vintage! But we do look back, gleaning the good things from the past, and putting them together with something that’s more relevant today,” Workshy lead vocalist Chrysta Jones told the Inquirer in a recent interview arranged by PolyEast Records.

And that’s what Workshy hopes to show to the fans with its 2017 album, “Wayward”—its first since 2011. “This one is quite light, or fresh, I would say. It has mostly jazz influences, with a little bit of funk and always a little soul,” she said of Workshy’s latest record. “Burt Bacharach is
always an inspiration, too.”

Chrysta intends to play new material—and other well-loved, older songs—when the pop duo takes the stage on Aug. 10 at The Theatre at Solaire (call 891-9999).

“We’re always well-received and looked after whenever we’re in the Philippines. The people are fantastic—you’re all welcoming. The friendliness has always been second to none,” recounted Chrysta, who performed in the country in 2008 and 1995.

You have been to the Philippines a few times before. What are you looking forward to this time? Just seeing all our incredibly loyal fans. We’re looking forward to doing a revue of some of the songs we have done in the past; songs they want to hear all over again. We will also showcase our new material from our new album, “Wayward.”

Tell us more about “Wayward.” We tried to maintain the same standard we feel that’s
expected of us. We have songs about recent experiences—love, loss and life in general. I hope that, with this one, we managed to come up with something new and different from anything you have heard from our previous records.

You guys have a loyal fan base. But do you also hope to connect with the younger fans? Perhaps the young ones see us as a vintage act now! I have daughters and they do like our music.

What about your music do you think appeals to them? I think it’s all about our melodies; the accessibility … makes them enduring.

What’s your take on social media and streaming services, and how they affect the music industry? It’s very interesting to see that people can promote themselves without having to rely on record companies … It encourages young musicians to get their music out without much support. I think [this] helps produce fresh talents.

Would you have followed this route had these platforms existed when you were starting? We definitely would have tried that.

You don’t release albums as often as you did in the past. But does the writing ever stop? It doesn’t really stop, but it slows down. We write a lot, it’s not a very concentrated process anymore.

You’re also a costume designer. It’s interesting to be doing other things; to be on the other side of the camera. I have done work for television shows, like the first season of “The Crown” and “Spotless,” and the movie “London Town.” I also do commercials and comedies.

What do you love most about playing live? It’s lovely when the things you spent a lot of time on, the things that have been going around your brain, are finally out there and you could see how they affect the people. I love it when they sing back the words to you, especially when you’re struggling to
remember the words.