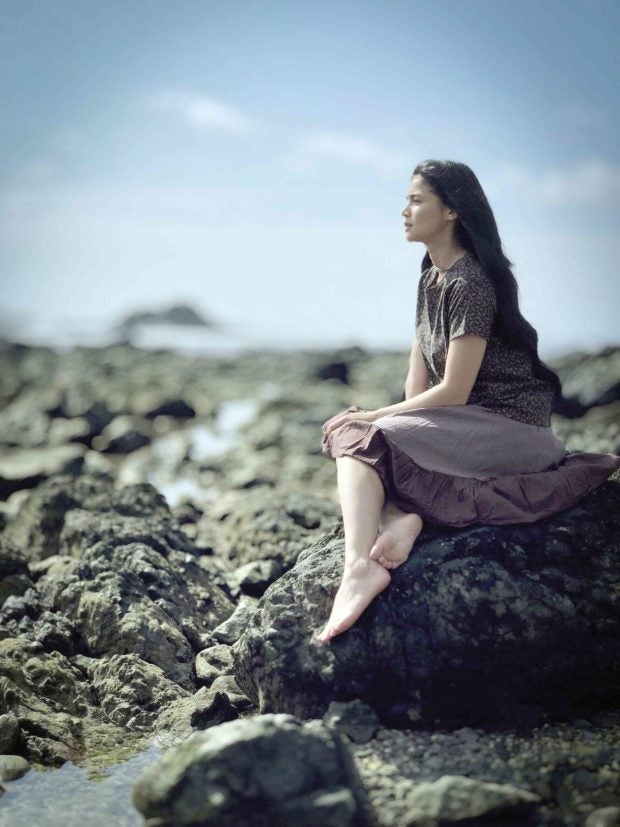 “I’ve always wanted to work with Direk Yam in a movie, so after I read the script and loved the eeriness of it all… it was an instant yes,” recalls Anne, who had collaborated with the director in advertising shoots in the past.

The director explains that the script is “grounded even if it’s a compelling supernatural thriller at the same time.” He concedes, however: “I know it is very scary, so some audiences will also say that it’s a horror film.”

“Batanes was beautiful and surreal,” Anne enthuses. “We all didn’t want to leave after the shoot. The island looked as if it was made to be in the movies.”

Even though it’s far away from Manila, the “Aurora” adventure went without a hitch. “It was because we started prepping in January for a shoot in May,” the director notes.

No amount of preparation could’ve shielded the crew from Batanes’ fickle beauty, though. “We were up against nature—specifically, the ocean. Because our location was by the shore, near the open waters of the Northern Pacific and West Philippine Sea … the wind at the time (amihan) was directly blowing toward the set we had built on the rocky landscape. So, yes, debris … we had to deal with flying debris,” the filmmaker relates.

They also had to film underwater—a tricky proposition. “The water was also very turbulent for dives,” he shares with the Inquirer. “Even if I learned free diving weeks before, nothing can prepare you for the Batanes currents. Let’s just say, we were crazy to go underwater.”

Producer Paolo Fernandez of ALIUD Entertainment, which coproduces the film with Viva, recounts: “In spite of the logistical concerns, everything went smoothly.” 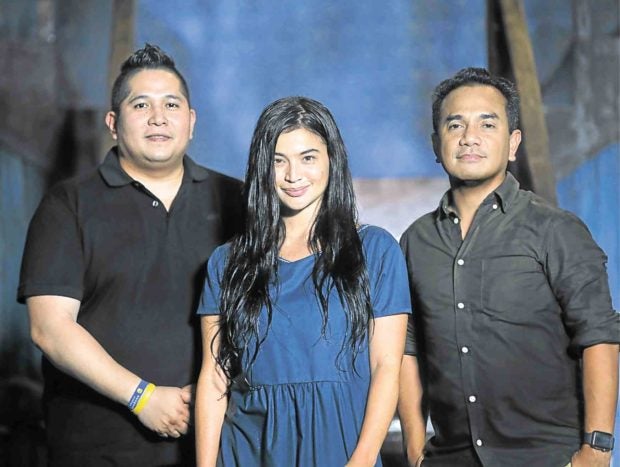 On the set of “Aurora” (from left): Paolo Fernandez, Anne Curtis and Yam Laranas

As bonus, the entire team “bonded,” during the three-week shoot. The producer points out: “We had to fly 78 people to Batanes. Hotels were almost fully booked because of ongoing local festivities. So we had to rent several home-stay lodges.”

Anne remarks: “Working with Direk Yam and the team was such a smooth and amazing experience! He knows exactly what he wants and shoots how he envisions it in his mind.”

The director and producer return the compliment.

“Here’s a true cliché: Anne is a pro,” Direk Yam quips. “She was always ready for any challenge on the set. I love that she loved the story because that cuts away a ton of my concerns with regard to her character. She was so easy and was never a diva.”

The producer agrees: “All I can say is that Anne is the epitome of professionalism. She was very down-to-earth and gave her best every time. No complaints. No prima donna attitude. In one scene, she was asked by Yam to run on the rocky beach bare-foot and fall on her knees. She did it; no ifs and buts.”

“Aurora” made it as one of the first four finalists chosen for the Metro Manila Film Festival, which unreels on Dec. 25.

Yam states: “The MMFF fans love horror cinema, and we’re very lucky to be picked to participate in this exciting event.”

Paolo concurs: “It serves as validation of our entry into the film industry as a newcomer. We are excited to present what we have put together for the moviegoers’ appreciation.”