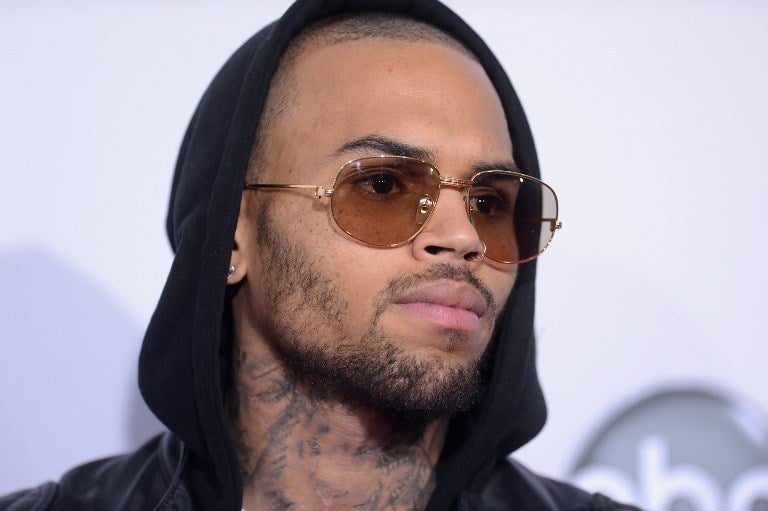 Singer Chris Brown was arrested for battery following a concert in Florida, authorities said Friday, the troubled star’s latest brush with the law.

Police seized the R&B star shortly after he left the stage Thursday night in West Palm Beach. He was booked on a charge of felony battery and released after he paid a $2,000 bond, the sheriff’s office said.

The Palm Beach County sheriff’s office said that Brown was arrested on a warrant from Tampa but did not give specifics.

The celebrity news site TMZ said the warrant was related to an incident last year when Brown punched an in-house photographer during a paid appearance at a nightclub.

The singer was due to return to Tampa on Friday for a concert as part of an ongoing tour.

Brown, 29, has a long history of violence. In May, a Los Angeles woman said she was lured to the singer’s house and repeatedly raped by him and a rapper.

Prominent lawyer Gloria Allred called it “one of the most horrific cases involving alleged sexual assault that I have ever seen.”

Most notoriously, Brown in 2009 was convicted of beating fellow singer Rihanna, who was then his girlfriend and was forced to miss the Grammy Awards due to her injuries.

In 2016, he was arrested and charged with assault with a deadly weapon following a standoff with Los Angeles police, after a woman said he threatened her at his home.

He also pleaded guilty to assaulting a fan in Washington in 2014 and was accused of violence by a woman in Las Vegas.

Brown was discovered by record label scouts when he was a boy working at his father’s gas station in Virginia. First identified as a rapper, he quickly found success with his rich singing voice but he has been in the news more often in recent years for his legal troubles. MKH

Stuck at the ‘Gates of Hell,’ Chris Brown turns to God