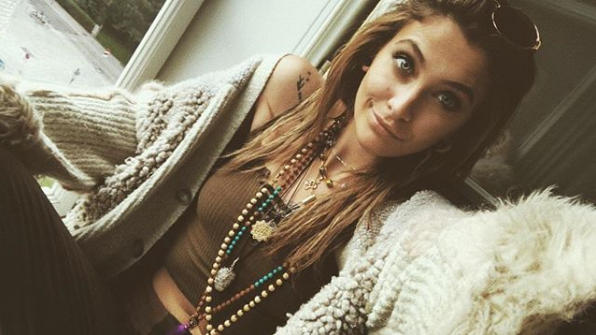 LOS ANGELES (AP) — Michael Jackson’s daughter Paris Jackson has been granted a temporary restraining order against a man she says has been stalking her.

The order granted Tuesday in a Los Angeles court says 23-year-old Nicholas Stevens must stay away from Jackson at least until July 24.

The 20-year-old Jackson says in court documents that she and a bandmate were leaving her recording studio June 13 when Stevens, who she does not know, appeared and said he’d waited for her last week for 15 hours.

Jackson says Stevens refused to leave, said he was “stalking her,” mentioned a shotgun and said “by midnight it will all be over.”

Then July 1, Stevens tweeted at Jackson that he was her “soulmate.”

No current phone number for Stevens could be found to ask for comment. NVG

Sons and daughters of stars are fashion’s new royalty

Read Next
Miles Teller to play Goose’s son in ‘Top Gun’ sequel
EDITORS' PICK
High inflation: Your P1 is now worth only 87 centavos
UK’s Boris Johnson will resign, BBC reports
High-risk pregnancy: Reducing your risk is in your hands
Geek out at TOYCON 2022 powered by Smart Signature
House energy committee chair Arroyo bats for cheap electricity
Unemployment rate up to 6% in May
MOST READ
Suspect in grisly killing of missing woman in Bulacan arrested
Kim Atienza’s daughter flaunts bikini body in response to critics of her ‘revealing photos’
Japanese artist who created ‘Yu-Gi-Oh!’ found dead in the sea
FDA probes popular Filipino noodle brand for ‘high level of ethylene oxide’
Don't miss out on the latest news and information.