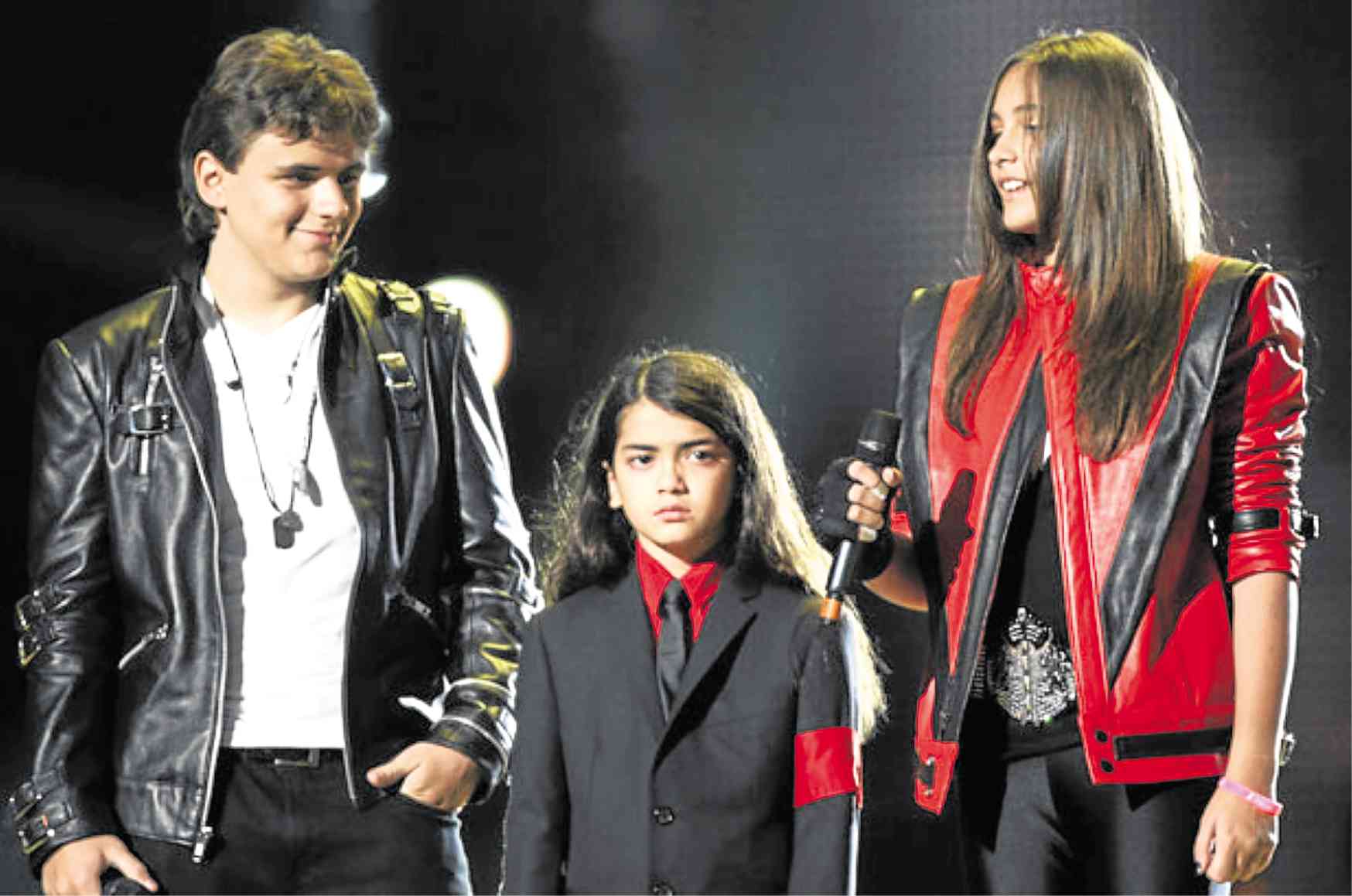 From left: Prince, Blanket and Paris Jackson in 2011

Eight years after his tragic demise in 2009, Michael Jackson was lovingly remembered by his children in media interviews last June.

This gave the King of Pop’s fans an opportunity for them to eulogize him again—and, more to the point, catch up on his progeny, and their current and future prospects.

In general, most everybody is pleasantly surprised to find that Jackson’s kids are doing so promisingly and “normally” well.

Their backstories and upbringing were so “exotic” and unusual that some people fretted that they may not grow up into “psychologically healthy” adults.

After all, the way they were conceived, born and nurtured was indeed unusual, with Jackson sometimes going to extreme lengths to shield them from the media, and even from public view.

And, true enough, when she was growing up and erratically finding her way through her turbulent personal inner landscape, daughter Paris went through bouts of depression, drug abuse and even suicide.

But, she seems to have survived the ordeal, and has emerged of late as a lovely and promising actress and model.

Her first TV portrayal, as a social media guru in the show biz drama series, “Star,” got good notices, and she’s reported to be the choice of the producers of a TV film about Madonna to portray the “Blonde Ambition” music icon—an idiosyncratic but perfect fit!

As for Jackson’s son, Prince, he’s also been doing well, but away from the camera, as a producer-director of music videos.

He’s even put up the aptly named King’s Son Productions, pointedly and proudly reminding everyone that he is indeed his iconic father’s scion.

What about Jackson’s youngest offspring, Blanket? Prince and Paris are Michael’s kids with his ex-wife, Debbie Rowe, while Blanket’s own “surrogate” mom’s identity has yet to be revealed.

So, when he was growing up, he was the most “media-hounded” and bullied child—with the nickname Blanket, how could he not be?

Happily, he’s since bounced back with upbeat confidence, dropping “Blanket” in favor of his new nickname, Bigi, and lining up his own show biz prospects after he completes his studies.

The fact that all three Jackson scions are slowly but surely coming into their own in the world their father once “ruled” over says volumes about how Michael was as a father.

Given his controversial backstory, with its pedophiliac undertones and outright accusations, the fear was that his kids could have had a “warped” upbringing.

But, the opposite appears to have happened, with Jackson focusing so lovingly and totally on his children that he built up their confidence and self-esteem—hence, the self-actualizing young adults they’ve turned out to be, despite his absence.

They did go through a lot of rough and tough times, but the worst appears to be over, as Michael Jackson’s progeny are slowly but surely coming into their own—and doing him proud!