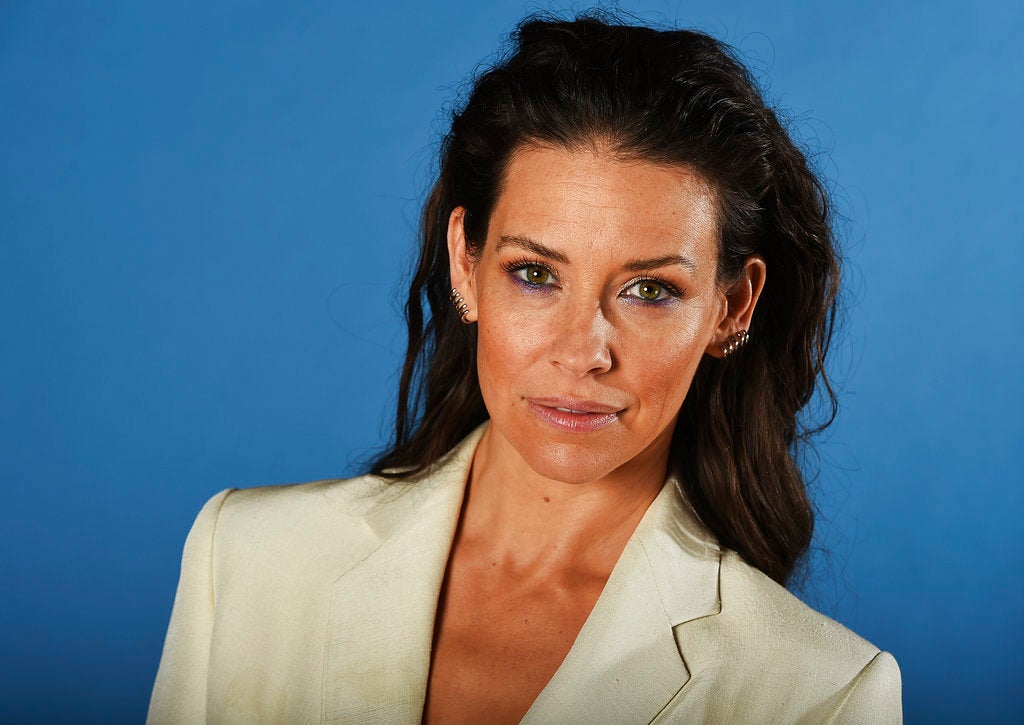 In this Sunday, June 24, 2018 photo, Actress Evangeline Lilly poses for a portrait during press day for “Ant-Man and The Wasp” at The Langham Huntington in Pasadena, Calif. Image: Joran Strauss/Invision/AP

LOS ANGELES (AP) — The “Ant-Man” sequel may be about tiny superheroes, but the film is making a big statement about female empowerment by featuring Evangeline Lilly’s The Wasp not only in the title, but also giving her a larger stake in Marvel’s sprawling movie franchise.

“Ant-Man and The Wasp,” the 20th film in the Marvel cinematic universe that includes “Black Panther,” ”Iron Man” and “Avengers: Infinity War,” is the first one in the series to include a female character in a title role. The prominence of The Wasp, a character who has major roles in the “Ant-Man” and “Avengers” comic books, comes after years of fan anticipation for a female Marvel superhero to get her own film. Scarlett Johansson has expressed her desire to see her character, Black Widow, get a standalone film, but Marvel Studios has kept her primarily in its marquee “Avengers” films.

“You know, I’ve asked myself the same question: Are we making a mountain out of a molehill?” Lilly said during a recent interview when asked about being featured in a Marvel film’s title. She said after considering it more closely, “‘No, actually, this is kind of a big deal, and this is about time.'”

The film is the sequel to 2015’s “Ant-Man,” which introduced Paul Rudd as a thief enlisted by Michael Douglas’ Hank Pym to become a do-gooder. 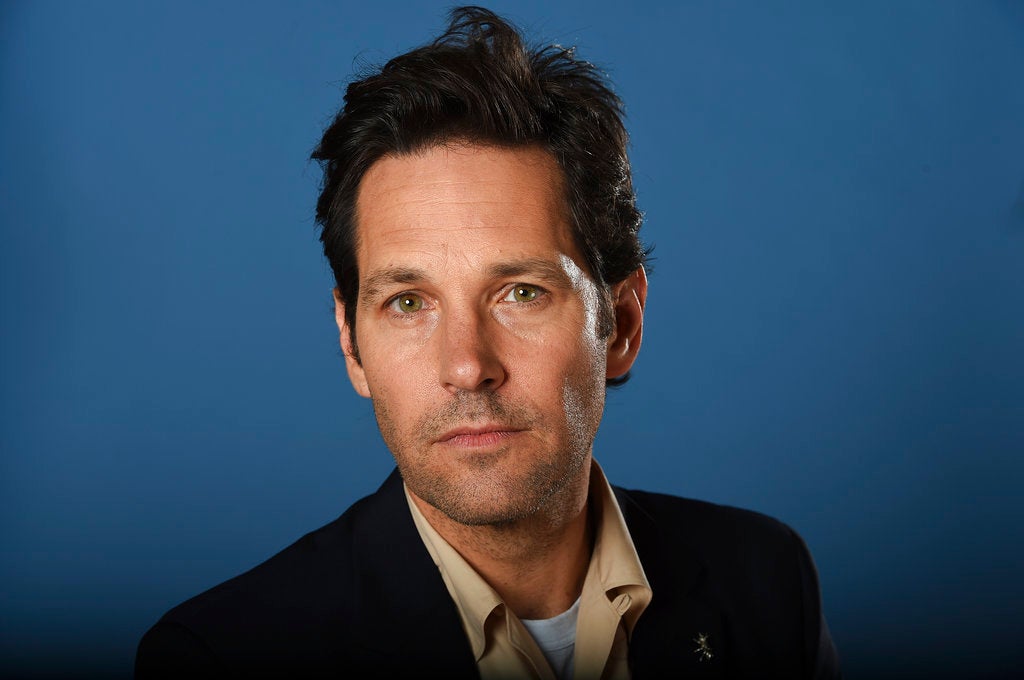 Actor Paul Rudd poses for a portrait during press day for “Ant-Man and The Wasp” at The Langham Huntington on Sunday, June 24, 2018, in Pasadena, Calif. Image: Joran Strauss/Invision/AP

The original earned more than $180 million in North America and $500 million at the global box office. The sequel is the third Marvel Films release this year, but it largely steers clear of the developments in the blockbuster “Avengers: Infinity War.”

The Wasp was a comic book favorite of director Peyton Reed, who teased her appearance in future Marvel films with a cameo of her supersuit at the end of “Ant-Man.”

He said it was important that The Wasp be a fully-formed hero and not bound by stereotypes.

“I worked really closely with Evangeline, and we talked about, ‘Now we’re going to have a chance to make a fully formed hero, and we want her to be as dimensional as possible. And we don’t want her to be a hero who is always glammed up with hair and makeup. We wanted her to be a little sweaty. And we want her, like, when that helmet comes off, her hair is in a ponytail, because that’s the practical thing you would do,'” Reed said.

Lilly’s role isn’t the only prominent female character in the film. Hannah John-Kamen plays Ghost, a villain bent on sowing discord among powerful institutions, in a role that was initially written for a man. 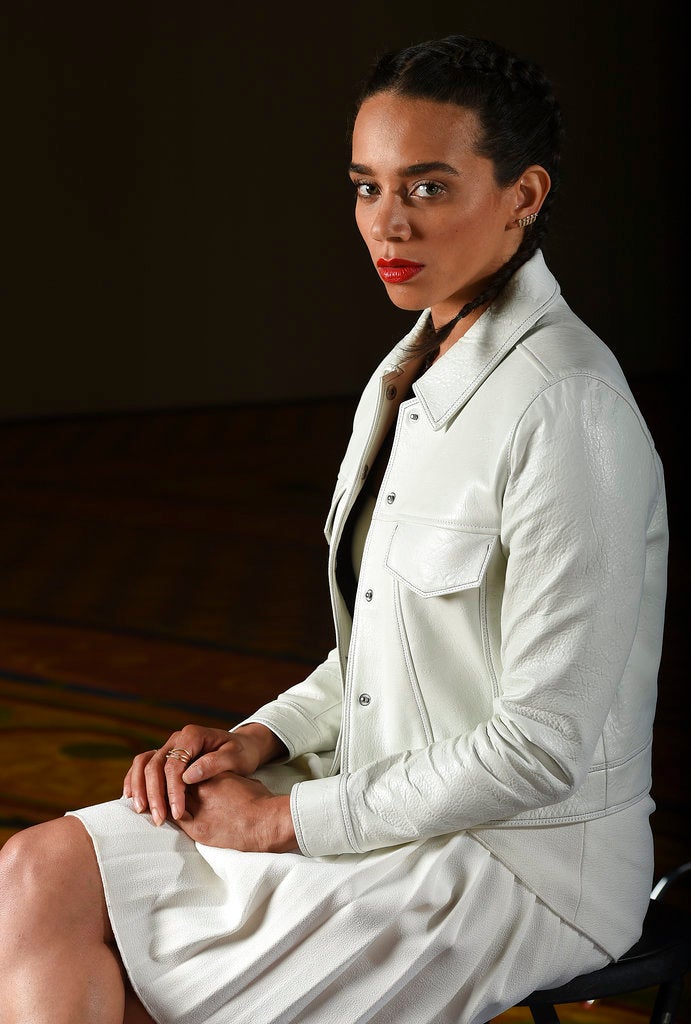 In this Sunday, June 24, 2018 photo, Actress Hannah John-Kamen poses for a portrait during press day for “Ant-Man and The Wasp” at The Langham Huntington in Pasadena, Calif. Image: Joran Strauss/Invision/AP

“It’s amazing, as a female, to play such a strong character … so that people can look up to that and see that, ‘Yeah, this is a progression,'” said John-Kamen, who is in her biggest role yet after starring in the Canadian sci-fi series “Killjoys” and having small roles in “Ready Player One” and “Tomb Raider.”

Marvel’s first film based solely on a female superhero will be the 1990s’ set “Captain Marvel,” which stars Brie Larson in the title role and is slated for release next year.

“Ant-Man and The Wasp” is the first Marvel film to be released after April’s “Infinity War,” which upended the franchise and set up a fourth “Avengers” film that will be released next summer.

The “Ant-Man and The Wasp” cast are keeping any secrets about that film closely guarded. During a recent interview, Rudd started to answer a question about his character’s role going forward in Marvels films. “A funny story, because, you know, in ‘Avengers 4,'” he said, before pretending to be hit in the neck with a dart and falling out of his chair.

Douglas said before his first Comic-Con panel about the original “Ant-Man,” he underwent secrecy tests — and thought he might have to give blood — to prove that he could keep from spoiling that film’s secrets. While he thought it was a bit much at the time, Douglas said he’s grown to appreciate what Marvel Films has done and the care they take to avoid spoilers for fans.

“Marvel has done this amazing job of creating buzz just for people not knowing what exactly is going to happen,” Douglas said.

“We do not want to spoil things for people. There are people out there hired to try and find things out,” Rudd said. “It’s an amazing, intense thing to be a part of.” NVG

‘Ant-Man and The Wasp’ punches above its weight—review