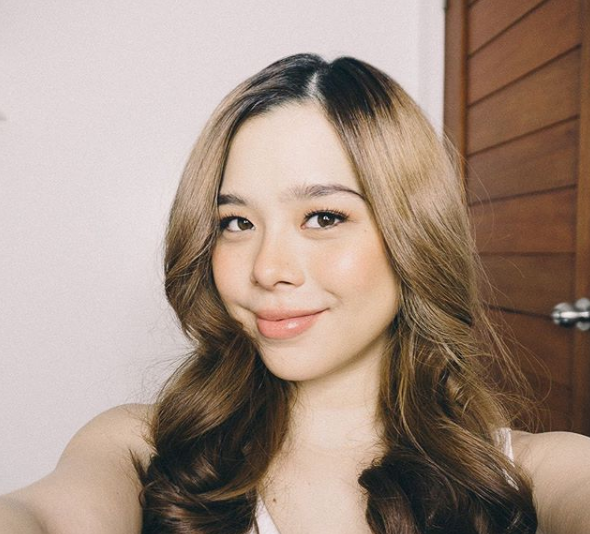 New mom Saab Magalona has had no dearth on sharing updates on motherhood and doting over her adorable son Pancho.

Pancho’s nanny has been part of her journey as a mom, so much so that Magalona’s tweets about her at times to share funny anecdotes with fans, including a time when she said Pancho took after Magalona, because they both have double chins.

Today, the Cheats singer took to Twitter to share the plight of her son’s nanny who used to be an overseas Filipino worker (OFW).

Pancho’s yaya was a former OFW and today I asked her if she had a valid passport. She told me that her old agency was holding it and won’t release it unless she pays 5k for her medical exam. Called them to inquire and omg they were so rude!!! “Wag mo akong ine-english” levels!!😱

She discovered that the nanny’s passport has been withheld by her former agency and she was being demanded P5,000 for it. When Saab confronted the agency about it through a phone call, the staff was reportedly “rude” and told her “‘Wag mo akong ine-english (Don’t speak to me in English)’” and asked her, “bakit, kaano-ano mo ba yan (Why, who is she to you)?”

“I am shaking with anger and shock,” she narrated. The agency also demanded that P3,350 had to be paid for a medical exam, which left Magalona wondering why the amount had changed.

I am shaking with anger and shock. They said kailangan daw bayaran yung medical exam na 3,350 (idk why nagbago yung amount??). They are such scammers. Any advice on what I should do? Pancho’s yaya is an angel and I can’t believe they took advantage.

Other alleged abuses include the agency contracting the nanny into paying P60,000 as placement fee and paying P11,880 per month for 10 months.

They made her loan 60k for a “placement fee” and they’re making her pay 11,880 monthly for 10 months. I can’t. We’ve been helping her with that loan cos wala na syang magagawa she signed a contract but now that I spoke to the agency, they are really awful people.

“I can’t. We’ve been helping her with that loan cos wala na syang magagawa (she can’t do anything about it) she signed a contract but now that I spoke to the agency, they are really awful people,” said Magalona.

“Pancho’s yaya is an angel and I can’t believe they took advantage,” she lamented.

Under Republic Act No. 8042 or the Migrant Workers and Overseas Filipinos Act of 1995, illegal recruitment includes withholding travel documents from applicants outside of considerations under the Labor Code.

The law stipulates that a person guilty of illegal recruitment faces six to 12 years in prison and can be fined up to P500,000.

Upon checking, the agency is listed as a licensed recruitment agency under POEA's website. I don't think they are aware of its practices though.

“I don’t think they are aware of its practices though,” she said. JB