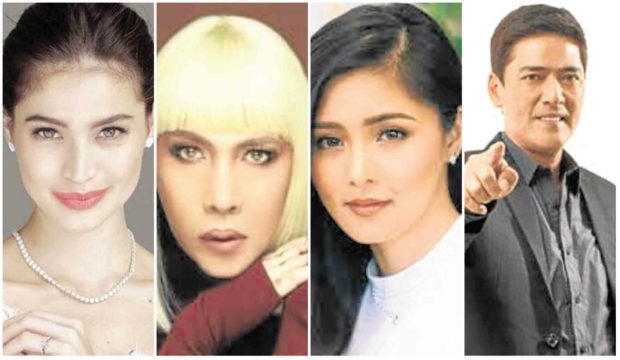 Two films were chosen as finalists in this year’s edition of the Metro Manila Film Festival (MMFF) because their scripts were well-written, while two were picked for their potential to draw in the crowd.

The first four of the eight MMFF finalists were announced on Friday by National Artist for Literature Bienvenido Lumbera, who is the chair of the 12-member selection committee.

Lumbera said the two film projects considered most well-written among the 24 scripts submitted were the horror-thriller “Aurora,” starring Anne Curtis, directed by Yam Laranas and produced by Viva Films; and the love story “Girl in the Orange Dress,” featuring Kim Chiu, Jessy Mendiola, Jericho Rosales and Sam Milby, directed by Jay Abello and coproduced by Quantum Films and MJM Productions.

“The scores were then gathered and the Top Four were chosen. The committee believes that those presented today are all deserving,” Lumbera told the Inquirer during the press conference at the Makati office of the Metropolitan Manila Development Authority, which is the organizer of the annual two-week event that begins on Christmas Day.

The next four finalists will be selected from among the finished films whose deadline of submission will be on Sept. 21, Lumbera said.

Scripts for the short film category are due for submission on Aug. 31.