If you were one of the fans confused about why Ed Sheeran was in “Game of Thrones,” take heart in knowing that at least one cast member was opposed to it, too.

Kristian Nairn, who played the lovable Hodor in the fantasy show, told Huffington Post, “I’m not a fan of the cameos in ‘Game of Thrones.’ I don’t like them. I think it’s stupid. I don’t mind going on the record on that. I just think it takes you right out of the world.” 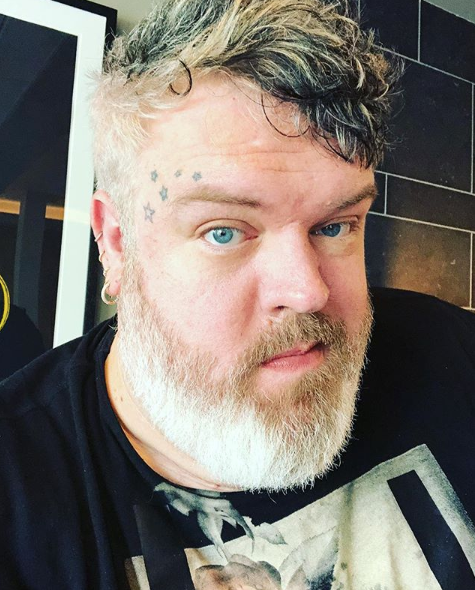 He even singled out the redhead pop singer for his appearance. “Especially Ed Sheeran. I was like, ‘Why is Ed Sheeran here?’ I mean, Ed Sheeran’s great. He’s a great guy, great musician, but why is he in ‘Game of Thrones’?”

He said it took away from the show’s suspension of disbelief, which requires resources of up to $10 million an episode as of season 6.  “It was a big snap to reality. It’s like, ‘What? What?’”

Sheeran’s appearance in the season 7 premiere was a favor to actress Maisie Williams, a fan of the singer’s who depicts Arya Stark. 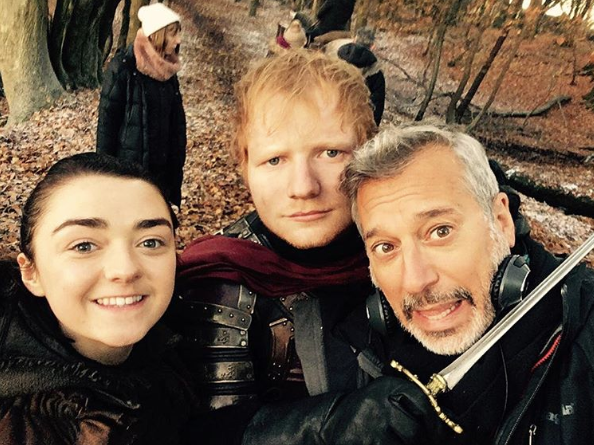 Arya grows into a fearless assassin throughout the series, and in the scene before she meets Sheeran, a soldier of the powerful Lannisters family in Westeros, with whom Arya has bad blood.

She is drawn to Sheeran who is singing along with a band of soldiers over a fire. They offer her food and drink—a rare pleasant moment in the show, known for its plot twists and dark turns.

The song Sheeran croons sounds like it would belong to his records, and its lyrics are lifted from George R.R. Martin’s “Song of Ice and Fire” book.

However, fans were disappointed at how Arya seemed out of character—some hoped she would kill him—and that his presence was a distraction to the scene.

The episode’s director, Jeremy Podeswa, came to his defense, explaining that “he was appropriate for the part because he needed to sing.”

The show has booked musical acts before as cameos, such as Icelandic indie bands Of Monsters and Men in season 6 and Sigur Rós in season 4.

At least Nairn could get behind Sigur Rós: “They’re almost like ‘Game of Thrones’ world in real life. They’re so elven and spiritual.”

But he’s still firm about his “no cameo” policy: “I mean, I understand why people want to be in it, but just no. Go away.”  Niña V. Guno /ra

Read Next
Bianca Gonzalez furious at drivers counterflowing on ‘obviously clogged roads’
EDITORS' PICK
Cherry Mobile teams up with Cloud Panda PH, launches online store
San Juan City to launch pop-up bike lanes
PH COVID-19 cases near 19K mark, as recoveries breach 4,000
Leveling up your ‘lutong bahay’ with the kitchen companion you never knew you needed
South Korea clamps down again as virus rebounds
PH walks back, suspends VFA termination ‘upon the President’s instruction’
MOST READ
PH walks back, suspends VFA termination ‘upon the President’s instruction’
Calida ‘just the lawyer, not the client’ and must ‘never lose his cool’ – Macalintal
Over 30 health workers felled or sickened by COVID-19 got no aid from ‘Bayanihan’ Act
7 members of nurse’s family in Laguna catch COVID-19
Don't miss out on the latest news and information.