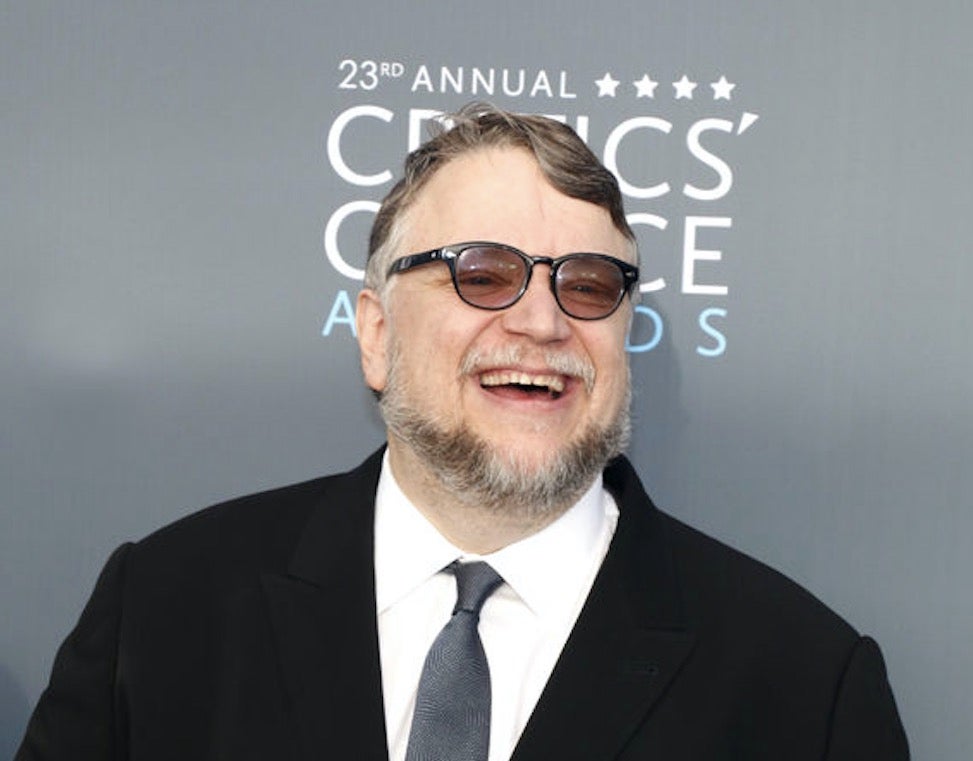 Del Toro popped on to Twitter and tweeted six consecutive times to share multiple snapshots of his extensive collection on June 26. He kept his collection in what he referred to as the “Anime/Manga/Japan cabin.” 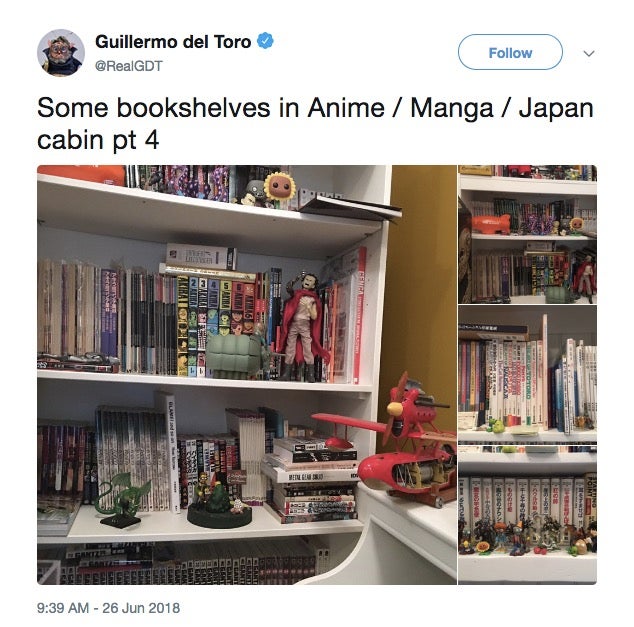 Most noticeable among his collection are the numerous Studio Ghibli merchandise. He has several art books for Studio Ghibli’s movies like “My Neighbor Totoro, “Nausicaa” and “Howl’s Moving Castle,” to name a few. He even has a figure of Porco Rosso and his iconic red plane. 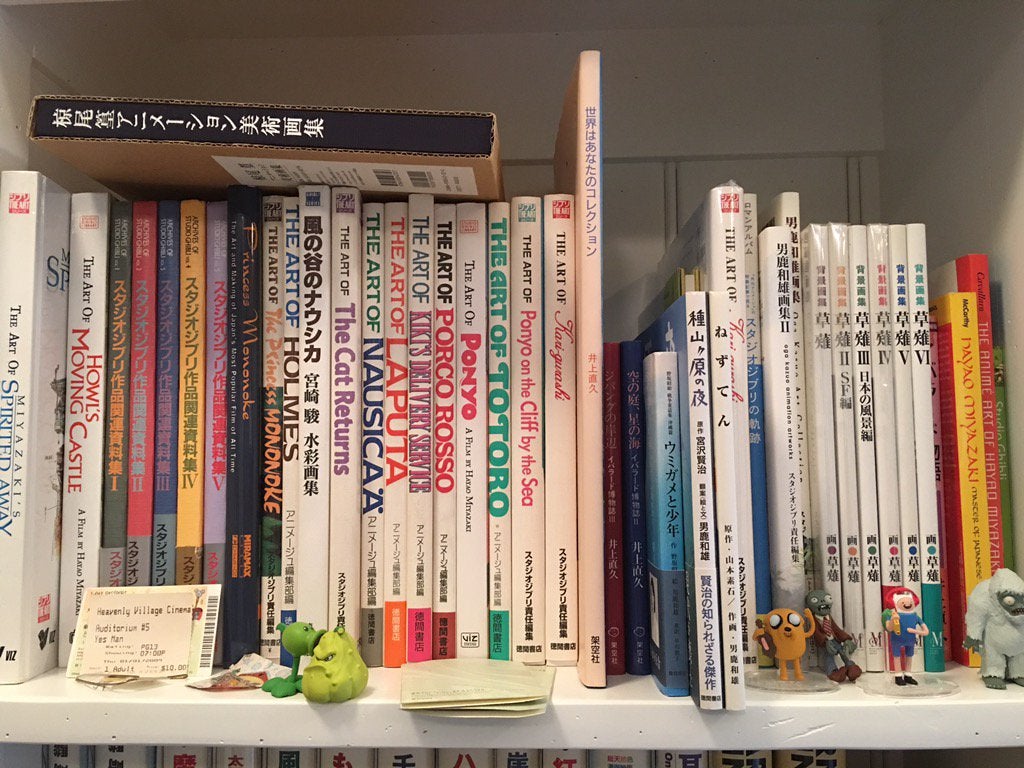 Being a movie monster specialist,  Del Toro of course would have a doll of Akira, protagonist of classic science fiction anime “Akira.” 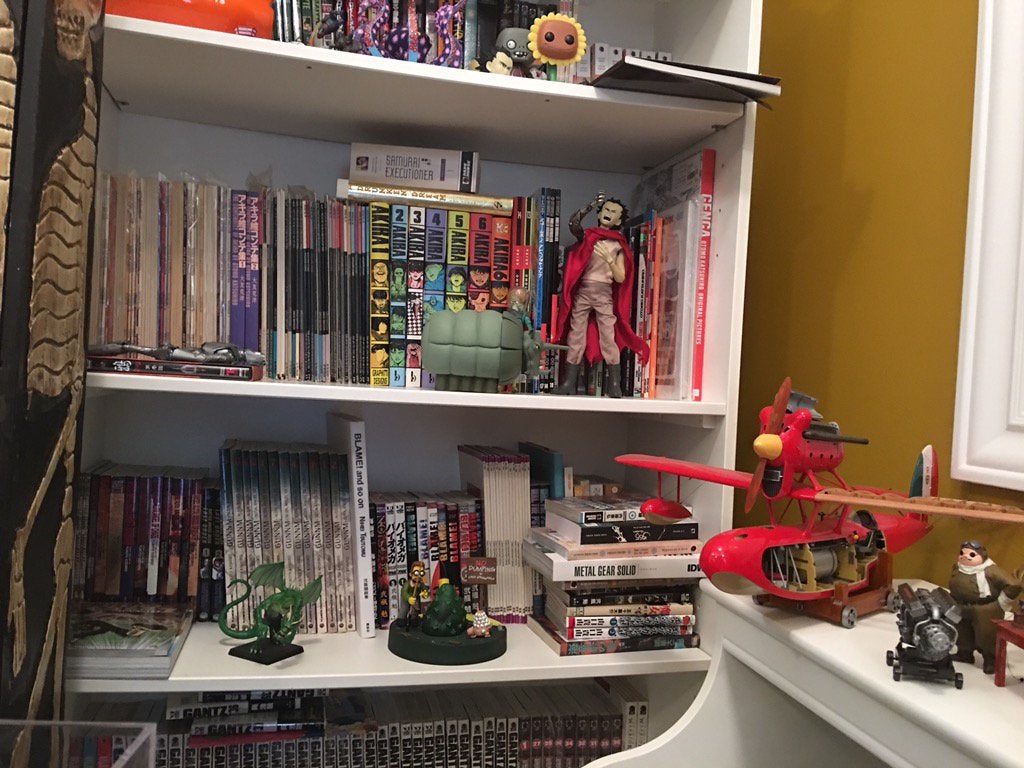 In another, he has books and memorabilia of Astro Boy and Osamu Tezuka’s other works. 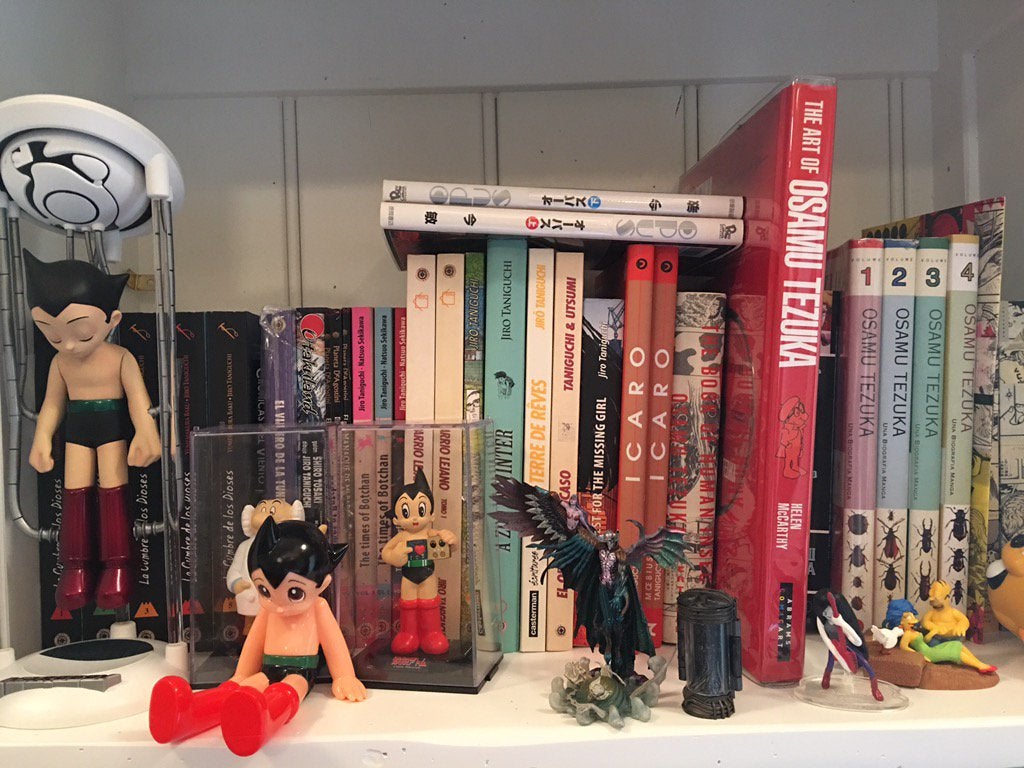 Moving to the “Japan” portion of Del Toro’s cabin, he shared a collection of books on Japanese folklore and myths. 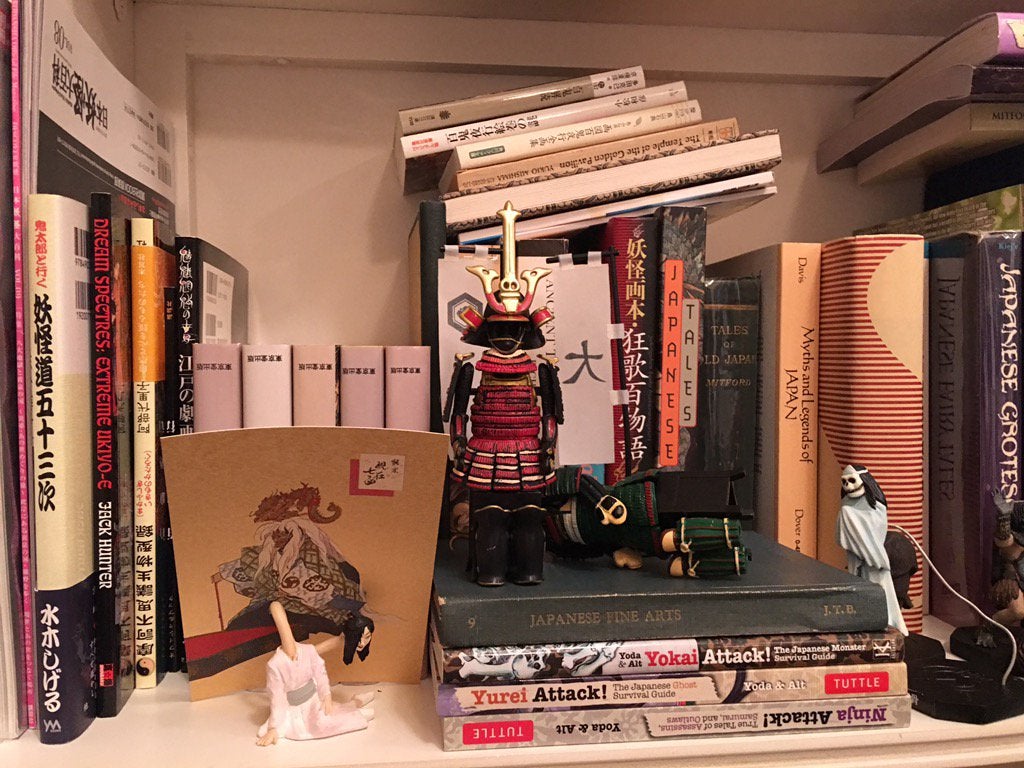 These books include classic Japanese myths and modern ones. 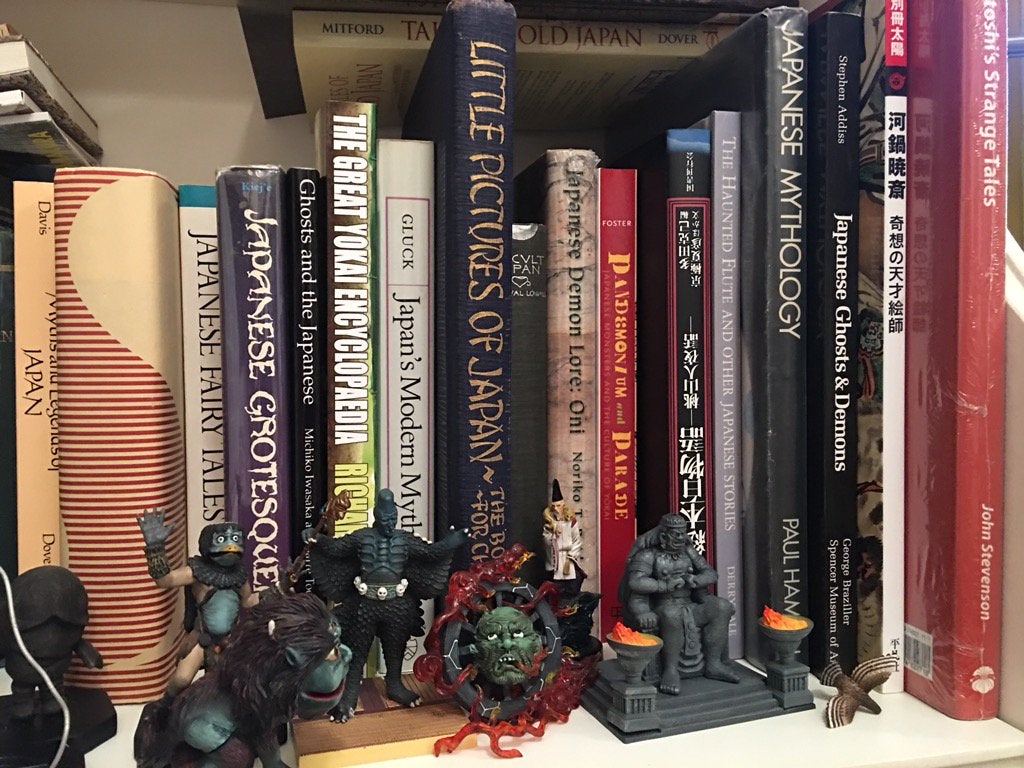 With a clear love for anime and manga, perhaps Del Toro could one day helm an adaptation similar to what James Cameron is doing with manga series “Battle Angel Alita.”

Nonetheless, this glimpse into his stash of collectibles could be enough to make other anime fans gush with pride to have a famous director among their ranks.  /ra