LOOK: Lea Salonga gives final performance for ‘Once on This Island’ 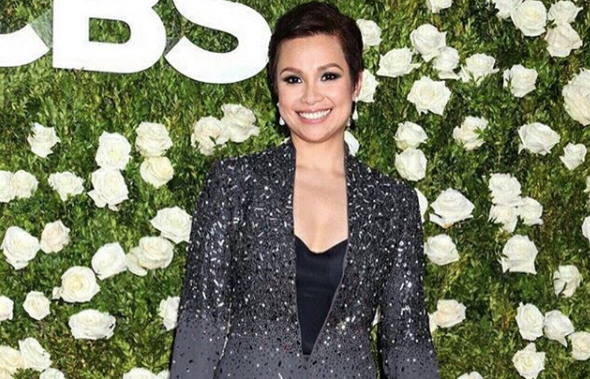 All good things must come to an end, even for Broadway star Lea Salonga as she gave her final bow for the musical “Once on This Island”.

The Tony Award-winning actress gave her last performance as Erzulie, the Goddess of Love, in New York. The official Instagram page of the musical stated that she was taking her final bow on Sunday, June 24.

Salonga took to Twitter, saying: “Not gonna lie, today isn’t going to be fun.” She admitted that the show was difficult to leave, but added “leave I must.”

Not gonna lie, today isn't going to be fun. This is going to be a difficult show to leave, but leave I must.

However, the cast of the Broadway musical made sure that Salonga’s last day will end on a positive note. In a video posted by the official “Once On This Island” Facebook page, the actress received a round of applause from her castmates and the audience; some were even cheering on and calling out her name to show their appreciation.

Salonga expressed how grateful she was to her fans who supported her throughout her Broadway run. She also asked viewers to continue to support “Once on This Island”.

“It is one that will have my heart forever,” Salonga said of the show.

The actress also received flowers and a card from what appears to be a member of her “Once on This Island” family. The sender wrote that it was a “thrilling experience” working with Salonga, and described the star as “one of the greatest human beings I had the chance to meet.”

“Once on This Island” bagged the award for “Best Revival of a Musical” at the 72nd Tony Awards held on June 10. Meanwhile, Salonga was named as Best Featured Actress in a Musical in Broadway’s Theater Fans’ Choice Awards for her role as Erzulie. JB

TAGS: Broadway, Lea Salonga, Musical, Once on This Island, The 72nd Tony Awards