LOOK: Ylona Garcia hospitalized after getting stressed out by ‘distasteful words’ 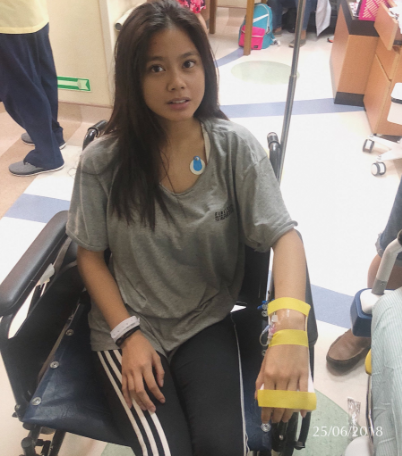 Teen star Ylona Garcia is an advocate of anti-bullying as she used to be bullied too for her skin color. In her 2016 album “My Name is Ylona Garcia”, she released a track titled “Stop the Bully”. But the Filipino-Australian singer and actress was unable to stop the bullies this time, leading her to end up in a hospital due to stress, resulting from reading her bashers’ comments online.

Garcia shared via Twitter last Monday, June 25, a photo of her in a wheel chair and what looks like an IV-administered dextrose. She also posted a photo of a note, telling her fans to spread love instead of hate on social media, as well as to be aware of their mental health.

“Wishing and praying we could all be spreading love more than hate on social media, because people that get bashed/disrespected on social media can only stay strong for so long and can be so close to breaking down,” said the teen star. “As much as I’d like to keep things private, I want everyone to be aware of their mental health.”

“Woke up this morning scrolling through social media to see such distasteful and unnecessary words being shared,” said the singer. She then recounted how she got hospitalized after reading the stressful hate comments. “I have to be honest, it really stressed me out and I spent hours trying to find ways to make sure everyone would be happy and okay, to the fact where I forgot to take care of myself. To the point where I ended up in the hospital.”

The “Sana Dalawa Ang Puso” actress ended her note saying, “I’m sharing this with you now to create awareness. #PleaseSpreadLove.”

Apparently, the comments that may have stressed out the Fil-Aussie star to the point of getting hospitalized came from speculations that Garcia was the person whom teen stars Darren Espanto and Kyle Echarri are pertaining to in their recent mysterious tweets.

It all started when one @unk0wnbasher commented on Garcia’s Instagram photo shared on Sunday, June 24. The commenter said that the other members of the Garcia’s Potato Squad — Darren Espanto, Kyle Echarri and AC Bonifacio — should refrain from ranting about Garcia on Twitter, since they are all public figures. Another netizen, c (@christinabulgar), fueled speculations by commenting similarly on Echarri’s Instagram post on June 25. While Potato Squad fans were quick to dispel the rumors, it looks like the damage has been done. 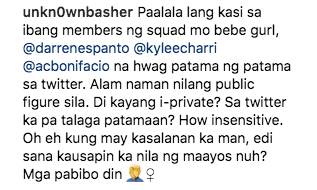 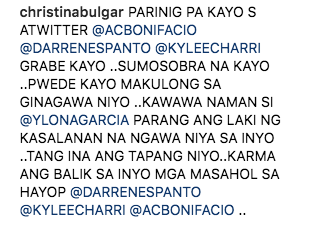 “When people change, it’s either for the better or for the worse,” Espanto said in a Twitter post yesterday, June 25. “It’s sad to see you changed for the worse. You can’t guide someone who doesn’t want to be guided.”

“True [that],” answered Kyle Echarri. “It was nice knowing you. We all create our own reality. Some choose to live a lie, others are full of lies. Makati ba ulo mo? (Is your head itchy?)”

The two have yet to clarify the identity of the person they are referring to, as of this writing, but fans were quick to speculate that the word play on “lies,” followed by the “itchy head” reference might be for Garcia, who was rumored to have lice during her appearance as housemate in “Pinoy Big Brother”, 2015.

We all create our own reality. Some choose to live a lie, others are full of lies. Makati ba ulo mo?

Sofia Andres speaks up on her struggles with anxiety, admits she’s seeking help