Sofia Andres speaks up on her struggles with anxiety, admits she’s seeking help 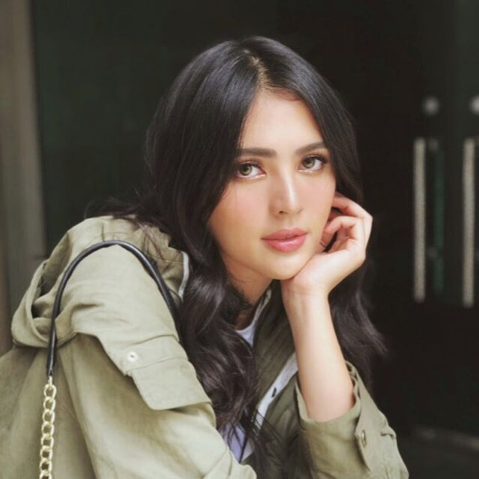 She may be famous, but a celebrity like Sofia Andres showed that she is also human — she revealed that she has been suffering from anxiety.

The 19-year-old Kapamilya actress said in a Twitter post yesterday, May 30, that she is battling the disorder. She described that struggling with it is “so bad.”

“[Y]ou guys must do appreciate people around you no matter what,” she advised. “[Y]ou might not need them now but eventually you will.” 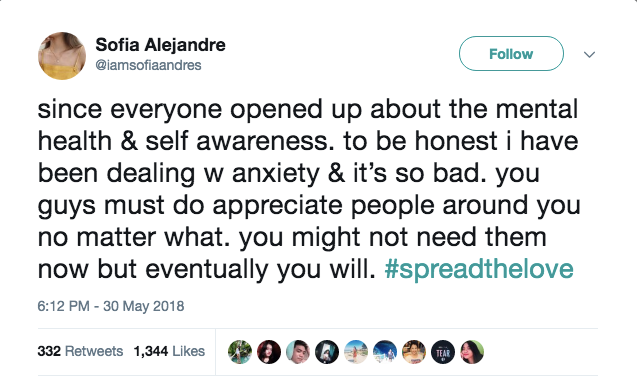 To help her with her anxiety battle, Andres has taken measures. She stated that she’s started seeing a therapist and going to counseling. It’s a relief that she is taking such steps, since “[A]nxiety is anxiety, we don’t know when it’s going to attack you,” she said.

“Yes, I am worried. Literally worried,” Andres said of her illness. 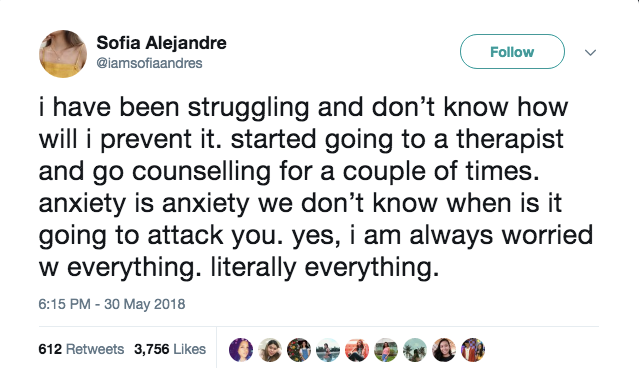 She also reached out to “all the survivors” going through the same fight as her. Andres assured them: “You are not your anxiety.”

“[I]t just takes time and effort to take control of your brain,” she said. Andres also stressed that anxiety is “nothing to be ashamed of,” while admitting that she was scared to tell her friends, loved ones and her family about her anxiety attacks.

“[I] over think things, useless things, that’s so unfair right?” Andres said. “[T]hat’s a big part of why I’m trying to become a better person, to control my mind because i love the people in my life and this anxiety makes me treat them like [I] don’t.”

To further assure that she is a partner in fighting anxiety, she reminded fans and followers to keep going: “[L]et’s be brave you guys.” JB