Kris Aquino reveals Bistek apologized to Bimby for hurting her 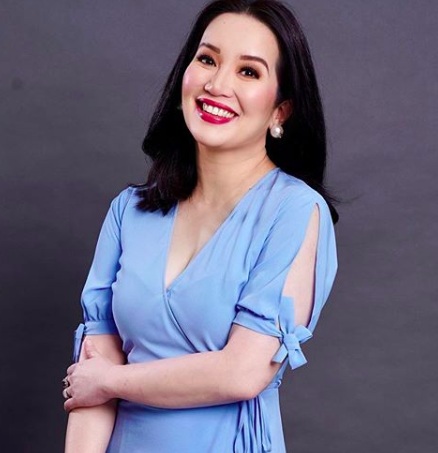 Now with kids of age, Queen of All Media Kris Aquino puts her kids and their opinions above all else especially when it comes to her love life. For them, especially with her youngest James Carlos “Bimby” Aquino Yap Jr., he welcomes anyone but employs two restrictions.

“Ang sa kanya basta alagaan at mahalin ako, at ang important sa kanya is for as long as he doesn’t use us mama and he doesn’t get the hard-earned money that you have, I’m okay,” she said at the recent press conference of her upcoming comeback film “I Love You Hater”

(With Bimb, for as long as the guy takes care of me and loves me and doesn’t use us mama and he doesn’t get the hard-earned money that you have, I’m okay)

Throughout her life, she has been involved with a number of different men with each having a different story. While most of her break-ups ended up bitter, the story with Quezon City Mayor Herbert Bautista differed from the rest because of one thing.

“I don’t know if I’m allowed to say this but I guess I’ll say it na rin the only reason he has my respect is because siya nagawa niyang mag-sorry kay (he was able to say sorry to) Bimb for hurting Bimb’s mom without me present. Pinuntahan niya kinausap niya at nag-sorry siya (He went to Bimb, talked to him and said sorry),” she said.

Aquino has been open on saying that her two-year relationship with the Mayor almost ended up in marriage. But even if they’re no longer together, the actress sets it that they are not enemies and that they are civil.

Just that, she is on the move to make him realize what he has lost. True enough, she made her intention public when she took off her pricey blazer at the press conference to show her slimmer body and said “Mayor, this is what you’re missing.”     /muf