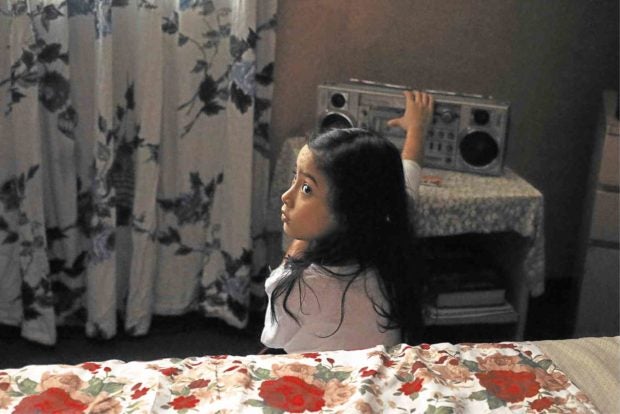 “I am surprised and thankful,” Seno said of her film’s latest award. Her film previously won the Netpac Award at the Rotterdam fest.

The Cinema One film centers on an overseas Filipino worker’s precocious child, played by young star Jana Agoncillo, who received rave reviews from jurors and critics.

“I’m so proud of Jana,” Seno told the Inquirer. “She captured the nuances of the curiosity and mystery that is childhood. She was amazing to work with.”

The filmmaker gleefully reported that Agoncillo had just received nominations “both locally and internationally,” including a nod for best actress in the Asian New Talent competition at the Shanghai fest.

The Curitiba jury commended the film for its “density and accuracy in the aesthetic translation” of a little girl’s world, which is “divided between childhood and forced maturity, between reality and fantasy, and above all by the obstinacy to recover lost absences from the distant father and the present mother.”

Siqueira summed up the film as “the union of precise aesthetic management with an incredible orchestration of character, expertly incarnated by Agoncillo.”

According to its website, the fest “highlights and celebrates independent cinema” from all over the world.

The fest turns the spotlight on films that “risk new forms of cinematic language, which are open to experimentation and yet possess a great potential for communication with the public.”

Read Next
Young Batman learns the ropes in penultimate ‘Gotham’ season
EDITORS' PICK
Geek out at TOYCON 2022 powered by Smart Signature
House energy committee chair Arroyo bats for cheap electricity
UK’s Boris Johnson will resign, BBC reports
High inflation: Your P1 is now worth only 87 centavos
Unemployment rate up to 6% in May
High-risk pregnancy: Reducing your risk is in your hands
MOST READ
Kim Atienza’s daughter flaunts bikini body in response to critics of her ‘revealing photos’
Judy Ann Santos takes break from shooting cooking videos due to price increases: ‘Parang unfair’
FDA probes popular Filipino noodle brand for ‘high level of ethylene oxide’
Japanese artist who created ‘Yu-Gi-Oh!’ found dead in the sea
Don't miss out on the latest news and information.