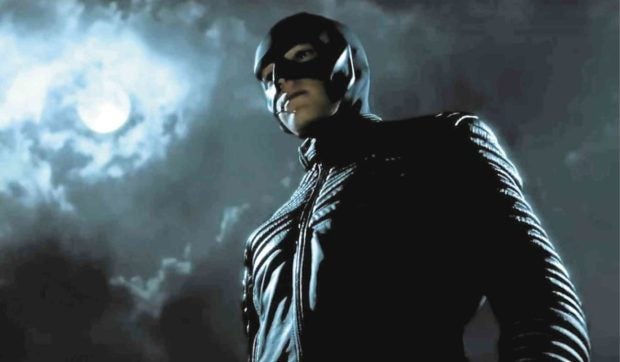 A masked crime fighter has been stalking unwary thugs since the end of “Gotham’s” Season Three, but the scrawny teenage vigilante isn’t exactly the Batman yet. It’s Bruce Wayne (David Mazouz), sans the iconic bat motif, already well-versed in hand-to-hand combat, but still inexperienced and often lacking the crime-busting finesse of the hero he’s destined to be.

The fourth season of the Warner TV series, however, has shown the constant transformation of Bruce and future figures in the mythology, making the origin/reboot show more watchable than usual.

Mazouz, now a teen, started playing Bruce Wayne four years ago. The character lost his parents to a masked murderer in the first episode.

The young Bruce has gone through a lot, due to the roller-coaster goings-on in the show. But whether he’ll be more physically imposing and convincing as the Caped Crusader in the next and final season remains to be seen.

The show is characteristically crazy, though, if occasionally prone to filler episodes. It has less superbeings now, unlike its previous season. Crime boss Fish Mooney (Jada Pinkett Smith), who gained mind-control powers, was written out of the show last year.

The Penguin (Robin Lord Taylor) and Riddler (Cory Michael Smith), who previously shared a brutal hatred for each other, are on-and-off allies this season. It’s hard to keep track of the bad guys’ allegiances.

But there’s an interesting twist—just as Jerome’s distressing shenanigans have become repetitive, in comes a long-absent twin, Jeremiah (also played by Monaghan), who is just as psychotic as his brother. Jeremiah makes a fiendish debut, fueling speculation that the real Joker has finally arrived.

Not as amusing is the mutation of the former mob henchman, Butch (Drew Powell), into the super-strong brute Solomon Grundy. It looks incredibly low-budget.

Beleaguered Jim Gordon (Ben McKenzie) is still the upstanding cop who is willing to get his hands dirty, but he’s quite repetitious this time, typically growling police lines when he’s not being seduced by the manipulative Sofia. More intriguing is the transformation of his doctor ex, Lee (Morena Baccarin), who has embraced her dark and violent impulses.

Interestingly, Selina Kyle (Camren Bicondova), a whip-cracking burglar now, is clearly drawing the line at homicidal behavior, just as Bruce is finding a more centered morality in his own growth as an adventurer. The attraction between the teens has grown organically, and their inevitable romance and emerging nocturnal identities should be more focused on next time.

The 22-episode season, while sometimes rehashing old conflicts and inserting less important subplots and throwaway characters, nevertheless has its stunning, if gruesome, moments.

“Gotham” and its conflicted denizens will return for a final time—and it has enough episodes left to properly and definitively introduce Batman and his similarly changed cast of cohorts and crazies.