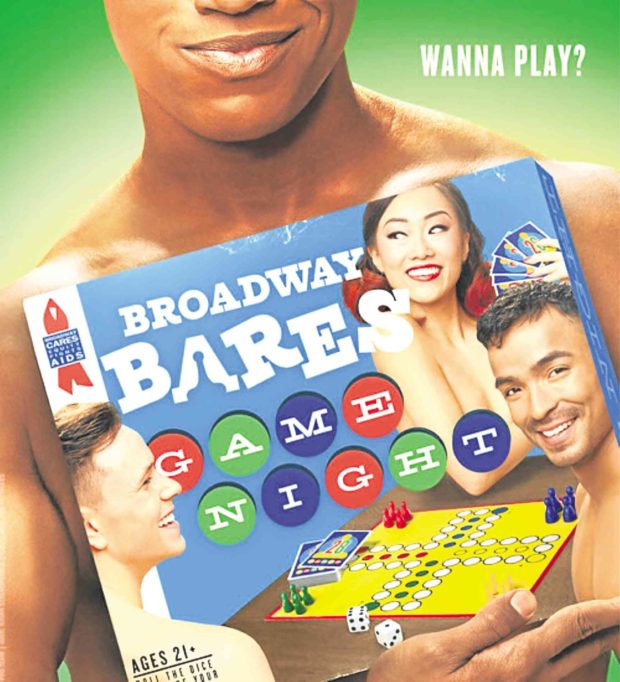 NEW YORK—I was not at all prepared for this.

Sunday night was quite the emotional roller-coaster ride, given all who would be taking place. It’s a two-show day, and the second performance would be when our “Once on This Island” family would bid farewell to two members of our original company, Alysha Deslorieux and Grasan Kingsberry.

Immediately following the evening show, our whole company headed to Natsumi for drinks, food and abundant hugs. Darlesia Cearcy would also say goodbye to her ensemble track (she’ll be taking over from me beginning June 25), and Tamyra Gray would be heading back to Los Angeles. Merle Dandridge, our original Papa Ge, returned to the sand on June 18, which also saw the debuts of Anna Uzele and Daniel Yearwood.

At 11:30 p.m., it was time to head to the Hammerstein Ballroom for another event benefiting Broadway Cares/Equity Fights AIDS (BCEFA). Its title, “Broadway Bares,” says it all. Hosted by Olivier winner Lesli Margherita and “SpongeBob SquarePants” cast member Wesley Taylor, the show is made up of 12 production numbers performed by beautiful and physically fit Broadway dancers.

The presentations are named after games. There’s choreography around a pinball machine titled “Pinball”; a number called “Flashlight Tag,” where everyone is holding a flashlight, and there’s a human chandelier who rises to the air; a Bollywood-themed “Parcheesi”; military men in “Battleship”; “Video Games” featuring Tony nominee Ariana DeBose; an opening number titled “Let’s Play,” featuring music by “Allegiance” music supervisor Lynne Shankel and lyrics by Amanda Green; and the game of “Life,” in a resounding finale with all the dancers onstage.

The evening ends in a “rotation,” where audience members are welcome to donate money to each dancer directly. All the proceeds go straight to BCEFA. Given the nature of “Bares,” the show is strictly for adults only. The very first “Bares” was held on April 8, 1992, by Tony-winning choreographer Jerry Mitchell, back when he was still actively performing on Broadway. 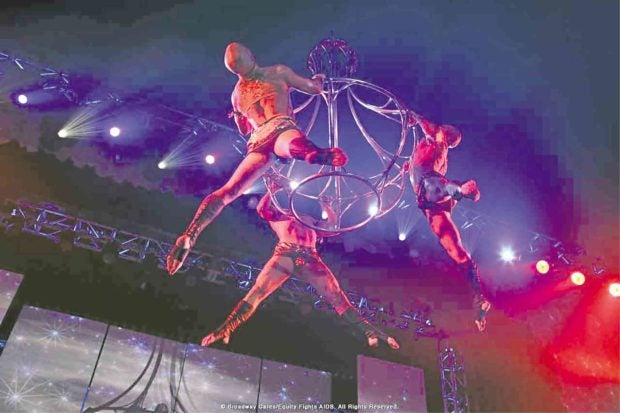 Since then, “Bares” has become a popular event that grew exponentially with every passing year. At this one, there were over 200 Broadway dancers onstage. The cast of “Boys in the Band,” led by Matt Bomer, Andrew Rannells and Zachary Quinto, made an appearance.

There were Broadway stars in attendance (including “Once on This Island’s” Isaac Powell, “Aladdin’s” Telly Leung, and newly minted Tony winner Ari’el Stachel of “The Band’s Visit”). After all the proceeds were added, “Broadway Bares” raised almost $2 million!
Bravo, one and all, you are superheroes!

Beyond the commitment of each player to the actual performance, the underlying reason for this event is to promote AIDS/HIV awareness, prevention, education and testing. The AIDS epidemic of the early ’90s saw the deaths of quite a few of my own Broadway colleagues. And now, in the Philippines, it’s being reported that the number of HIV infections has grown, making it the fastest-growing HIV epidemic in the Asia-Pacific region.

HIV, as a sexually transmitted disease, is preventable with proper condom use and education. And those who think they’ve been exposed to the virus should get themselves tested as soon as possible.

It’s beyond alarming that the epidemic many Broadway folks personally witnessed so many years ago could be repeated in the Philippines.

So, to Broadway Cares/Equity Fights AIDS, for so many years, you’ve been doing such amazing work, raising funds for organizations all over the United States that need money to continue taking care of people living with HIV/AIDS—for their medical needs, mental health and counseling.

Thank you for continuing to do what you do.