‘The Catcher was a Spy’: Moe Berg’s double life as secret agent 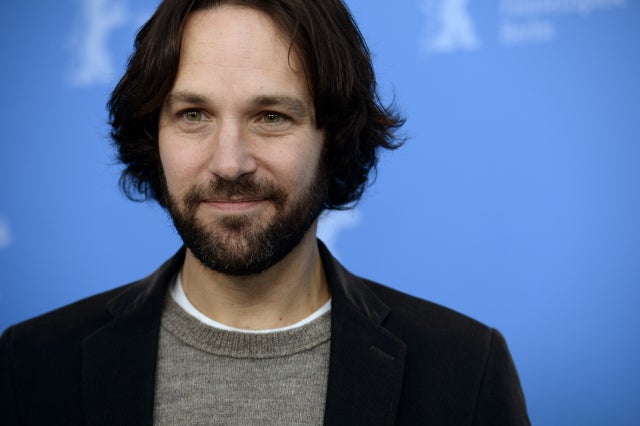 Baseball pro Moe Berg wasn’t much of a star in the diamond but he was an MVP in the theater of war, risking his life behind enemy lines as an Allied spy.

Berg traded in his catcher’s mitt for a trench coat and a high-stakes mission to monitor — and assassinate, if necessary — the Nazis’ chief nuclear scientist.

His amazing story is dramatized in the stranger-than-fiction espionage thriller “The Catcher Was a Spy,” starring Paul Rudd, Paul Giamatti and a host of other big names, and opening in US theaters on Friday.

“This is a weird World War II story that no one really knows about,” director Ben Lewin (“The Sessions”) told a preview audience in Santa Monica, southern California, earlier this month.

“You unpeel the onion and it’s more and more puzzling and fascinating.”

A secretive and eccentric man with a steel-trap intellect, Berg was born in Harlem, New York, in 1902 to a pharmacist and a housewife.

He studied at Princeton, where he was notorious for his mastery of a reputed 12 modern and ancient languages, often practicing Sanskrit from behind home plate during training sessions.

Berg played shortstop in the minor and major leagues before switching to catcher, appearing for several top teams including the Boston Red Sox and earning a law degree on the side from Columbia University.

His spy career started on a 1934 goodwill baseball tour in Tokyo alongside Babe Ruth and Lou Gehrig. Berg put on a kimono and sneaked onto a hospital rooftop to film the harbor and Navy shipyards.

Years later, after Japan’s attack on Pearl Harbor, he showed his footage to President Franklin Roosevelt’s Office of Strategic Services, which later became the CIA.

Historians say Berg believed his material was used to plan the first US aerial attack on Japan, in 1942.

This has never been confirmed, but the OSS was impressed enough to send him on courses in lock-picking, pyrotechnics and killing.

The agency arranged for Berg to attend a Zurich lecture by Werner Heisenberg, the Nobel Prize-winning quantum physicist in charge of Nazi attempts to create an atom bomb, to assess how close they were.

He arrived with a gun in one pocket and a cyanide pill in the other, with instructions to assassinate Heisenberg if the scientist appeared to be on the cusp of a breakthrough.

Berg got no such impression and later decided against an assassination attempt during their one and only meeting, as they walked in the direction of Heisenberg’s hotel after a social event.

“There was a real meeting between Berg and Heisenberg. Nobody really knows what happened or what was said,” Lewin said.

“People who were given accounts of that meeting, pretty much like us, made up the content. What we know is that both men walked away alive.”

Some filming took place at Fenway Park, home of the Boston Red Sox, but most scenes were shot over 32 winter days in Czech Republic capital Prague.

Berg left the CIA in 1954 and never worked again, beginning a nomadic existence and living on the hospitality of friends and family.

He died at the age of 70 and remains the only major-league player whose baseball card is on display at the headquarters of the CIA.

Rudd told the Internet Movie Database at the Sundance Film Festival in Utah, where the movie premiered in January, that there were still many unanswered questions about Berg.

“This is an interesting spy story in that it’s very cerebral, it’s not James Bond,” he said. “A lot of the action is what’s going on in people’s minds.” NVG

WATCH: Comedy and competence in ‘Ant-Man and the Wasp’