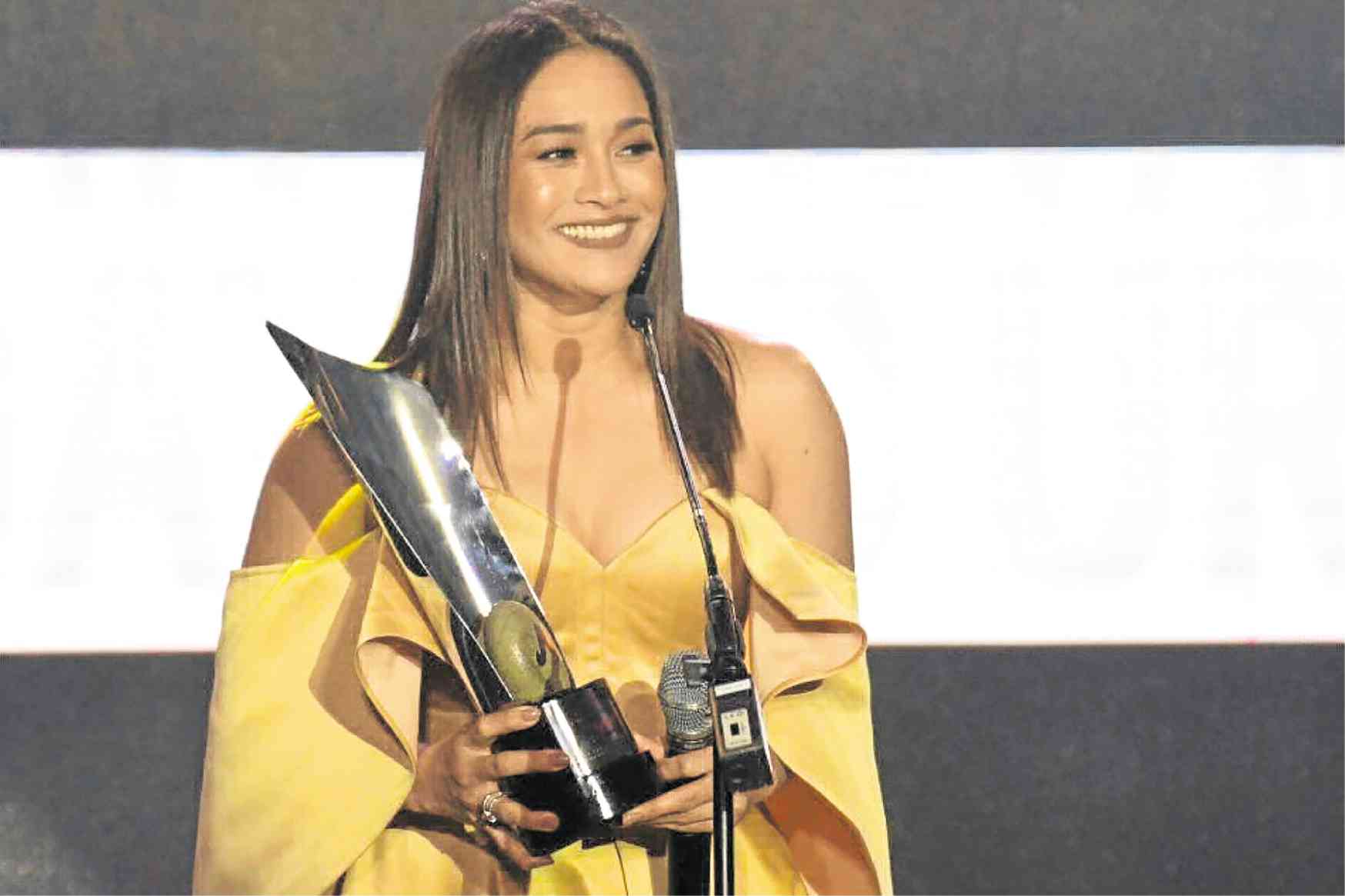 If hip-hop artist Abra would do another movie, he said it would be “either sci-fi or fantasy, and with another badass director.”

Abra recently bagged the Gawad Urian best actor trophy for his performance in Treb Monteras II’s “Respeto.” He added that the time he spent off music while working on his first big-screen project “was all worth it. The film made me discover my love and respect for acting … Yes, I’d love to do another one if the concept fits me.”

He said it would have been impossible for him to finish “Respeto” if not for the help of his colleagues in the hip-hop community. “We represent a culture that was once ignored by many, but is now being recognized on the silver screen,” Abra told the Inquirer shortly after the awards ceremony on Thursday held at ABS-CBN Vertis Tent in Quezon City.

The rapper added that his present goal would be to finish the new album he is working on. “Rap is alive more than ever. There is trust, so many doors [of opportunities] are opening for us,” he declared. “I’m proud to be a representative of this culture … I didn’t really expect to win, after all, it’s just my first time.”

Joanna Ampil, another first-timer in the movies, is this year’s Urian best actress for her work in Loy Arcenas’ screen musical, “Ang Larawan.”

Joanna, who plays the lead in the stage musical “Cats,” now playing in Shanghai, said she only flew in on Thursday morning to attend the award ceremony, and left at 4 a.m. the following day. “I just wanted to sing for Filipinos,” added Joanna, who performed a number with “Larawan” costar Rachel Alejandro and Sandino Martin, as well as with Klarisse, Abra and Loonie, as part of the show.

Before Joanna left, the theater thespian had this to say: “For the theater community, this is for us. We will carry on and break through barriers and walls.” 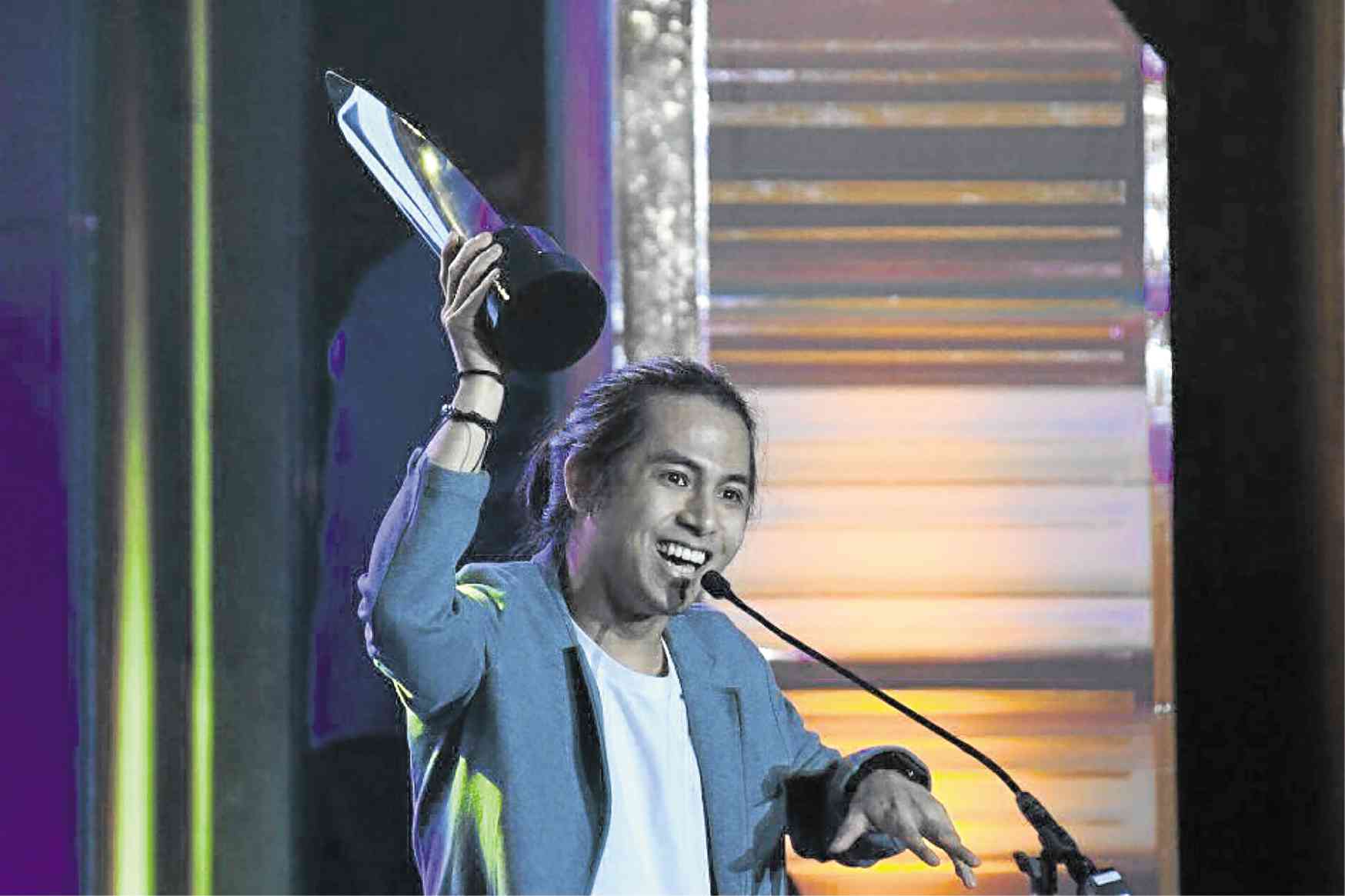 For character actress Odette Khan, who has been acting since she was 7, standing in front of people to accept her best supporting actress award (for “Bar Boys”) was still nerve-wracking. “Nakakataranta! There’s no script to follow. It’s different when I’m acting. Puwede akong maging walanghiya,” she quipped.

Odette said she used the late Sen. Miriam Defensor-Santiago as the “peg” for her character in Kip Oebanda’s film. “I watched her talk on television. Also, many people don’t know that back in college (in her home province, Negros Occidental), I joined an oratorical contest and won second place. Miriam was the first placer,” she shared with the Inquirer.

Known mostly for doing villainess roles, Odette added: “This is my normal stance. Off-cam, I’m good to you if you’re good to me, but if you’re rude and impolite, you better watch out. I don’t get angry as often anymore. I’d rather be angry in front of the camera. At least, I get paid to do it.” 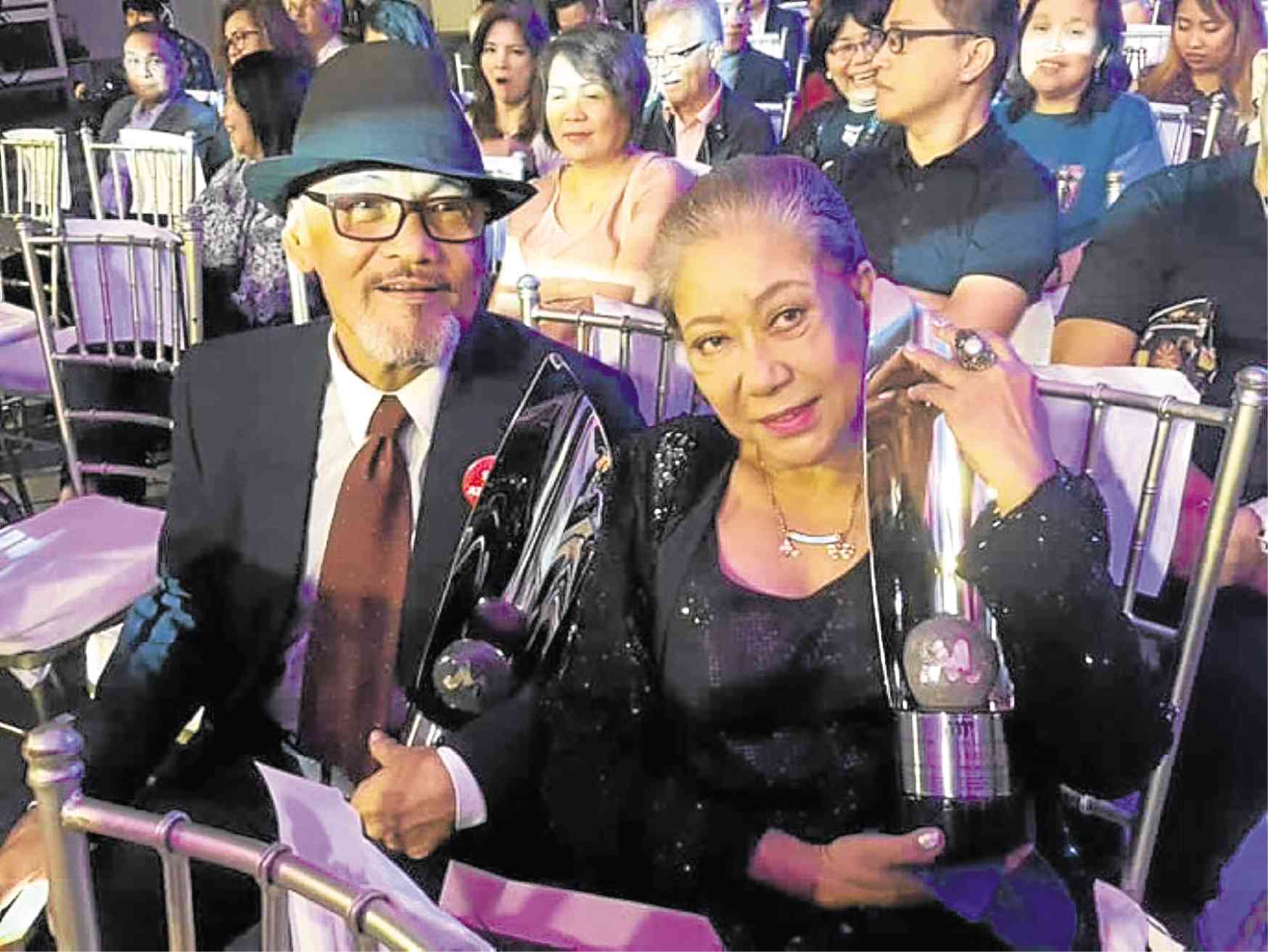 Bagging best picture at the 41st Urian awards was Khavn dela Cruz’s “Balangiga: Howling Wilderness,” which tackles the issue of the three bells taken by the US Army from Eastern Samar as war trophies following the Balangiga massacre in 1901.

In her acceptance speech, producer-writer Achinette Villamor declared: “We’re behind the US and Europe for a decade because we dedicated land and labor to their development. If there’s any reason we should ask for those bells back, it’s because they belong to us, nothing else. Let’s bring those bells home!”