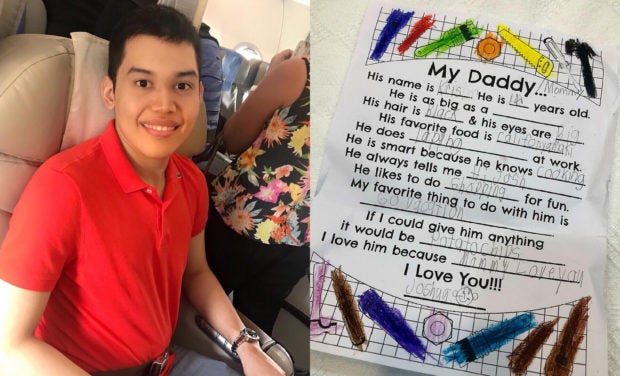 Raising her two sons as a single mother, it is no surprise that Kris Aquino is considered by her eldest Josh as his father as well. On Friday, June 15, the Queen of All Media uploaded on her Instagram page a photo featuring Josh’s therapy activity sheet for who his “daddy” is. Josh had listed Aquino as both his mother and father, and had filled up the blanks with all things Kris-related.

“You all know that kuya josh is in the autism spectrum,” Aquino wrote. “I just got home from a very long & challenging shooting day. When i got to our room- he gave this to me… Nawala lahat ng pagod ko.” (I felt rejuvenated.)

Aquino also pointed out that her post wasn’t aimed at Josh’s biological father, Phillip Salvador. “Wala kaming pinatatamaan- this is just our reality. And i have been vocal in saying no issues whatsoever w/ josh’s biological father because never naman nya kami ginulo & publicly he has thanked me for embracing the full responsibility for kuya’s upbringing.”

(We are not aiming at anyone — this is just our reality. And I have been vocal in saying no issues whatsoever with Josh’s biological father because he never troubled us and he has publicly thanked me for embracing the full responsibility for Josh’s upbringing.)

“I love that i’m still just 14 years old. I checked & this was an activity in his therapy he did on his own… Sharing this w/ all of you because w/o your support for me- my children wouldn’t have the quality of lives & education, in kuya’s case the full team of therapists, SPED teachers, coaches, and interventionists. Thank you- it is because of all of you i can be the parent i am. Because of you- for my 2 boys I AM ENOUGH,” she added. 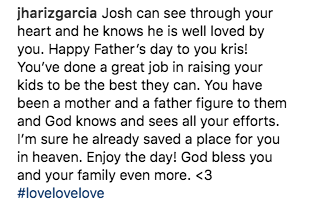 She was also cheered by fans for doing a “job well done,” particularly on Josh, considering his special needs. 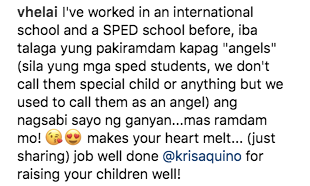 All in all, fans applauded her for raising her sons the best way any single mother can — being both the mother and father figures for her two sons. JB