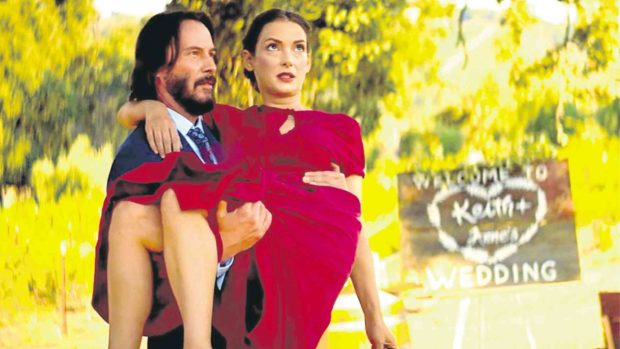 LOS ANGELES—Summer is always full of action and superhero pics, but this year, a once-dormant yet utterly adored genre is coming back in a big way: the romantic comedy or rom-com.

After a 2017 without any from a major studio, this moviegoing season is proving to be a rebirth for this lost Hollywood staple with five notable releases, including “Crazy Rich Asians,” “Destination Wedding” and a “Mamma Mia!” sequel.

The reasons for the genre’s decline are many. A post-recession focus on international audiences, franchises and superheroes have helped to push rom-coms off the priority list for studios.

Also, after a long and fruitful run in the late ’80s through the 2000s, enthusiasm started to wane. They had become stale.

“They didn’t reflect the way that society was changing. They were all about white, straight couples. They fell back on the conventions that define the genre,” said Erin Carlson, author of the book “I’ll Have What She’s Having: How Nora Ephron’s Three Iconic Films Saved the Romantic Comedy” and a coming book about the films of Meryl Streep.

It didn’t hurt that “The Big Sick” made a splash at the box office and went on to get a screenwriting Oscar nomination—the kind of prestigious recognition rarely afforded to classic rom-coms that don’t have a “Silver Linings Playbook” edge.

And indeed, the rom-coms of 2018 are continuing that forward movement. Earlier in the year, there was Paramount’s “Book Club” and its focus on older women; 20th Century Fox’s “Love, Simon’s” gay, teen protagonist; and the bilingual “Overboard,” which has become the highest-grossing film for Pantelion Films.

Carlson said: “The genre will always survive, as long as it’s pushed forward in ways that reflect contemporary society.”—AP