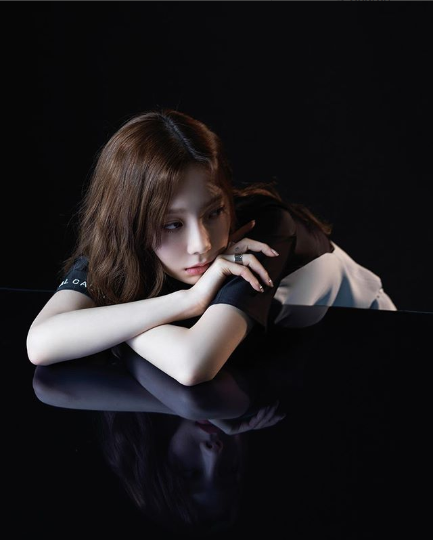 SNSD’s leader and vocalist Taeyeon will release a new EP on June 18, her agency announced.

According to S.M. Entertainment, the Taeyeon’s upcoming EP “Something New” marks her first record since her winter special album “This Christmas: Winter Is Coming” in December last year.

Also her third EP, “Something New” will include a total of six tracks that span various genres.

Having debuted in 2007, the Girls Generation member kicked off her solo career in 2015 with debut EP “I”, which had peaked at number two on Korea‘s Gaon Album Chart, and dropped her first full-length album “My Voice” in February last year.

Some of her most successful solo tracks also include “Rain”, “Why”, “11:11” and “Fine”, and various soundtracks for TV dramas and movies such as “If You Hear Me”, “If” and “Missing You Like Crazy”.

Taeyeon is also one of the five Girls Generation members who is still signed under SM, as Sooyoung, Tiffany and Seohyun already left the agency in October last year. JB

Watch Taeyeoen on Viu! Just text VIU ON 99 to 2948 for Globe and TM subscribers. Upgrade now to Viu Premium to experience unlimited download offline, eight hours after the Korean telecast and HD viewing!