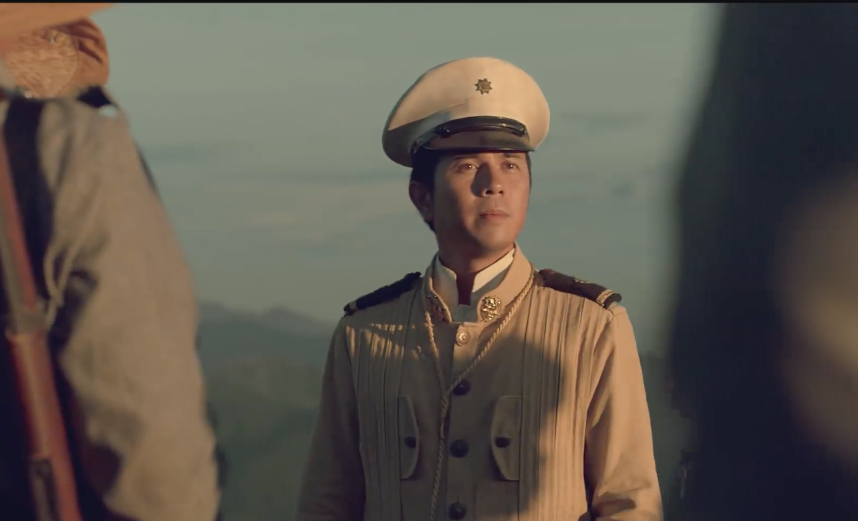 Paulo Avelino and the rest of the cast of “Goyo: Ang Batang Heneral” surprised visitors at Luneta during the celebration of the Philippines’ 120th Independence Day yesterday, June 12.

Avelino, who graced the event as the young general Gregorio Del Pilar, joined the Independence Day parade despite the gloomy weather. Also present was his co-star Mon Confiado, who portrays General Emilio Aguinaldo.

Both showed up at the Kalayaan Parade at the Quirino Grandstand, as seen in a footage taken by state media RTVM.

Additional photos from the movie’s Facebook page showed other cast members participating in the celebration. In one photo, Epy Quizon who plays the role of the “brain of the revolution” Apolinario Mabini, is seen enjoying his kalesa ride.

In another photo, Avelino looked dashing while ready for battle.

Avelino and Confiado were also joined by Arron Villaflor as journalist Joven Fernando, and Gwen Zamora who is set play del Pilar’s love interest in the movie.

“Goyo: Ang Batang Heneral” is the much-awaited sequel to 2015’s “Heneral Luna”. The film will be directed by Jerrold Tarog, and will open on cinemas Sept. 5. JB