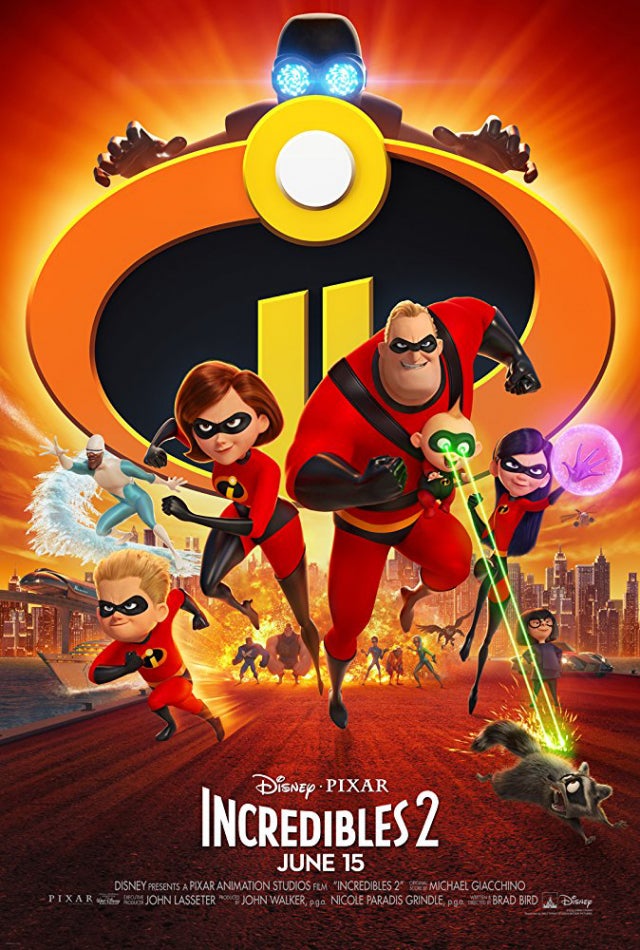 The film — which comes out Friday, a full 14 years after “The Incredibles” — looks set to score the highest debut ever for an animated film at the North American box office. © Courtesy of Pixar Animation Studios

After a glut of lucrative box office juggernauts from its Marvel Cinematic Universe, Disney is looking to break more records with “Incredibles 2,” the long-awaited return of a quirky animated superhero family.

The film — which comes out Friday, a full 14 years after “The Incredibles” — looks set to score the highest debut ever for an animated film at the North American box office.

Experts are predicting a $140 million-plus opening weekend for Brad Bird’s sequel to his own hugely popular original, which would surpass the $135 million debut of its Disney-Pixar stablemate, “Finding Dory” (2016).

“For a very long time, people have been wanting this film,” Samuel L. Jackson, who returns as superhero Frozone, told reporters at last week’s glittering premiere in Hollywood.

“I think people who saw the film at a certain age have had kids now, and they’re showing them (the original) so they can bring them to this one.”

In the latest adventure, Parr family matriarch Helen (Holly Hunter) is called upon to help bring the world’s hiding superheroes back into the open, while husband Bob (Craig T. Nelson) navigates the day-to-day heroics of being a homemaker.

Their children Violet (Sarah Vowell) and Dash (Huck Milner) are back again, along with baby Jack-Jack, whose devastating super powers are about to be unleashed.

It all goes a bit awry — as it always does — when a new villain emerges with a brilliant and dangerous plot that threatens the world.

“The movie has so many different influences that are directly from Brad’s own passions, his childhood, his parenting. He’s kind of thrown it all into the mix in a really personal way.”

There may be a 14-year gap, but the sequel starts about five seconds after the original ended, with the Parr family donning their superhero masks, ready to face the new threat.

“We left people wanting more at the end of the last film… There was this villain, everyone wanted to see what the outcome was with that fight,” said producer Nicole Grindle.

“But I think that’s something you can do in animation. You can’t do that in live action, just wait 14 years.”

Critics and fans who made it to the premiere were allowed to post social media reactions, with most singling out the Parrs’ scene-stealing baby for praise.

“‘Incredibles 2’ is a blast. It does a great job building on the characters and the world, and it’s super funny and action packed throughout,” tweeted Eric Eisenberg of CinemaBlend.

“I had my doubts, but was thoroughly impressed. Will go down as one of the best titles of the summer.”

Chris Hayner, the associate editor of GameSpot, enthused that the sequel “improves on practically everything”from the original.

“Its visual style is stunning to look at, the characters are fantastic, and the adventure is a blast,” he added.

“There’s a little bit of predictability in the story, but I was so down for this ride.”

Released in 2004, “The Incredibles” won the Oscar for best animated feature and grossed $633 million worldwide, posting one of the largest openings in history for an animated feature.

“The superhero part is secondary to the roles you play within a family,” said Bird, summing up the appeal of the Parrs.

“Every one of us has been the newborn baby, many of us have been the super hyper-energetic 10-year-old or the insecure teenager, and many of us have grown up to be parents,” Bird added. MKH

The family of super heroes return in ‘Incredibles 2’