Why Emma hit the roof over Hayley’s ‘fluctuating weight’ 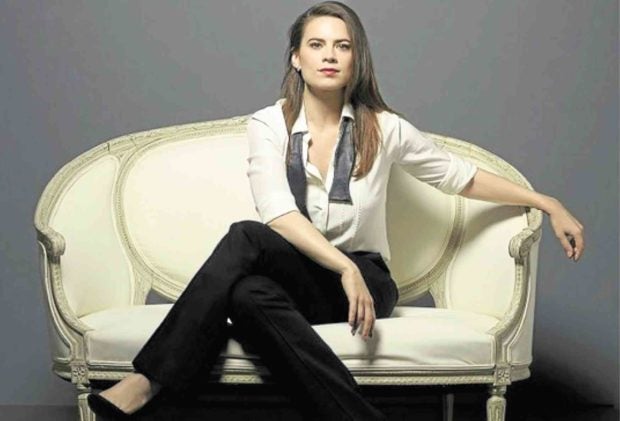 “Agent Carter” actress Hayley Atwell, who recently uploaded on Instagram photos of herself with a more svelte figure and blonde hair, got a reaction from a stranger who criticized her weight.

The man left the comment, “I prefer you brunette and not so thin.”

Atwell, an active user of the image-sharing app, responded, “I prefer you quiet and not so opinionated.”

The English actress, who appeared in several Marvel films, was quickly supported by followers who chimed in, chastising the commenter for his rudeness.

Atwell, 36, has been addressing comments about her fluctuating weight since she was new to the business.

In 2008, she talked to The Cut about her “Brideheads Revisited” costar Emma Thompson standing up for her after finding out about a strict diet that was imposed by a film producer.

“I went ’round to Emma’s one night, and she was getting very angry that I wasn’t eating all the food she was giving me. I told her why and she hit the roof,” Atwell related.

In 2017, Thompson told Swedish talk show “Skavlan” about her costar’s forced weight loss, and the subsequent confrontation with the producers: “She was absolutely exquisite. I said to them, ‘If you speak to her about this again, on any level, I will leave this picture.’”