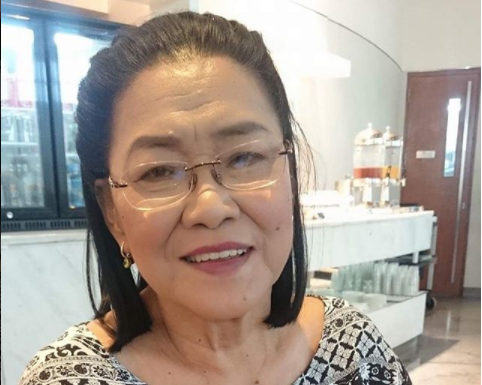 [Editor’s note: This story was updated to clarify the amount mentioned.]

It’s unknown just how far Queen of All Media Kris Aquino would go to make the people close to her feel appreciated, but her recent act of generosity to veteran host and talent manager Lolit Solis may just give one an idea.

About two weeks ago, Solis made a remark about the Hollywood film “Crazy Rich Asians” where Aquino is set to appear, wondering why Aquino was nowhere in sight in the promotional trailer. Solis also noted that Aquino’s expenses were surely bigger than her talent fee in the film, after she brought her entire glam team to Singapore.

Meanwhile, Aquino took to Solis’ post and defended herself, admitting she never hid the fact that she only has at most five minutes of screen time in the film. Despite their brief exchange on social media, however, there appears to be no resentment between the two, as Solis took to her Instagram page last June 1 to tell her followers about the extravagant gift Aquino gave her recently.

Solis showed a picture of Aquino’s letter to her, which read, “My dear nay Lolit, belated happy birthday! Remember — you’re going to be good to me for 2 months and then July I’ll replenish your GCs. Love, Kris/June 2018.”

Solis was joyous of the gesture and couldn’t help but gush to her followers.

(The late birthday gift of Kris Aquino brought by Alvin to the shop of Bambbi Fuentes is awesome, Salve. And this early, there’s already a promise of replenishing it quickly by July.)

(Tetay is already in a good mood. She’s a sweetie pie again [Laughs]. She drives me crazy, she asked me what I like, pesos or dollars!)

Aquino apparently gave Solis choices on her gift, but Solis chose a gift certificate from the membership-shopping club S&R instead.

(I chose S&R because I heard she bought almost 500K worth of gift certificate, so that’s what I asked for. And I promised I will be good so it would be replenished on July.)

Solis even cheekily added that Ai-Ai de las Alas, her godchild, was now apprehensive about giving her a gift as it might be overshadowed by Kris’, but Solis reassured Ai-Ai, “Pero sabi ko, ok lang, inaanak naman kita sa kasal kaya kahit ano iyan appreciate ko…” (But I told her, “It’s okay, because you’re my godchild, I will appreciate that, whatever it is.”)

It seems Solis will be diverting her observations to other personalities for now, as Aquino is out of bounds — until July, at least — lest Solis wants to lose her precious crumbs from the supposed almost half-a-million worth of gift certificate. JB