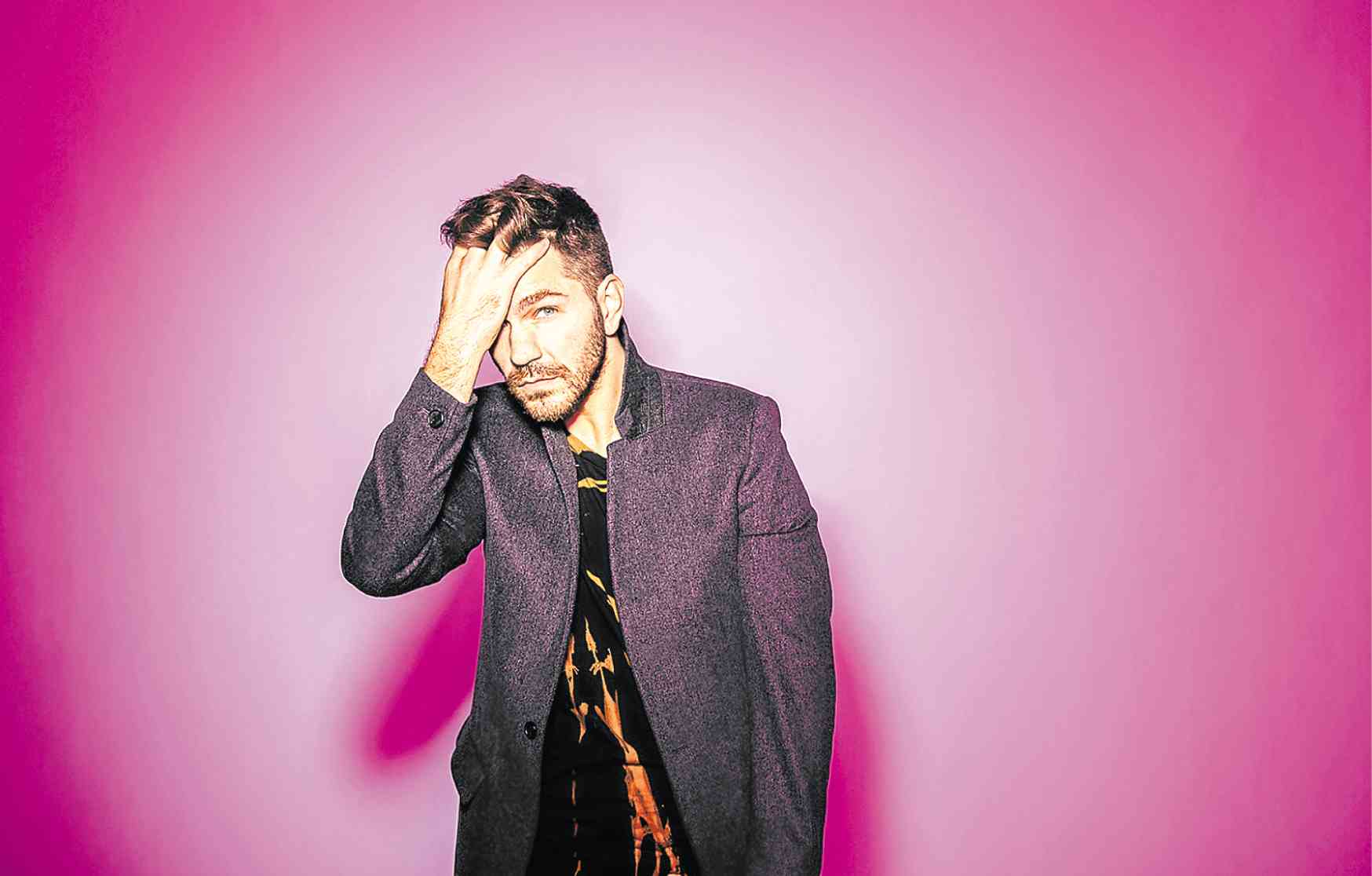 While some pop artists burst into the scene at a young age and enjoy a meteoric rise to fame, others take a longer path to success, like the American pop-rock/soul artist Andy Grammer.

He started to write songs at 15. He studied music in his early 20s. But it wasn’t until he was 26 that he was discovered while playing on the streets of a shopping and dining district in downtown Santa Monica, California. And then, finally, at 30, he scored his first Billboard Top 10 hit with country-inspired pop tune “Honey, I’m Good.”

But Andy wouldn’t have it any other way, even if given the choice. “I’m really grateful for all the success I have had. And in many ways I’m thankful that I had to work so hard for many years to get to where I’m at now,” he told the Inquirer in an e-mail interview arranged by promoter Wilbros Live.

“It taught me the importance of perseverance,” stressed the 34-year-old music artist, he said.

From busking and hawking demo CDs on the Third Street Promenade, he now finds himself living his dream, touring and performing for fans around the world. He has also released three studio albums so far, the latest one being “The Good Parts.”

On June 7 at the Music Museum, Andy will hold his first show here in Manila, where he’s expected to deliver his other hits like “Keep Your Head Up” and “Fresh Eyes” (call 8919999).

What were the most important lessons you learned from busking? How did the experience shape you as an artist? The most important lesson I learned as a street performer was that the song is king. Because out on the street, the only way you could get someone to stop what they’re doing—and listen to you—was if your song was that good.

What was it like when you finally made the big transition and started playing in bigger venues? It felt amazing. That was a goal of mine for a long time. And to achieve that was really special for me.

How did the success of “Honey, I’m Good” change your life and career? Since that song was heard by so many people, it really put my name on the map, opened a ton of doors for me, and allowed me to gain so many new fans whom I still see at shows to this day.

How has your music changed through the years? How different is “The Good Parts” from your past work? My music continues to change as I continue to grow and change in my life. “The Good Parts” is an album where I really tried to dig deep and get more vulnerable than I ever have.

Did fatherhood have any effect on you as an artist? Yes, of course. It has given me new responsibilities, new challenges when I’m touring and [thinking] how long I want to be away from home. It has also given me new stuff to talk about in my songs.

What can your Filipino fans expect from your coming concert? They can expect really high-energy performances. My band and I really put on a fun show. We will be playing all the hits people know, as well as a lot of new stuff from the “The Good Parts” album. We can’t wait!