An ‘Atomic’ war with ‘Citizen’ Mike 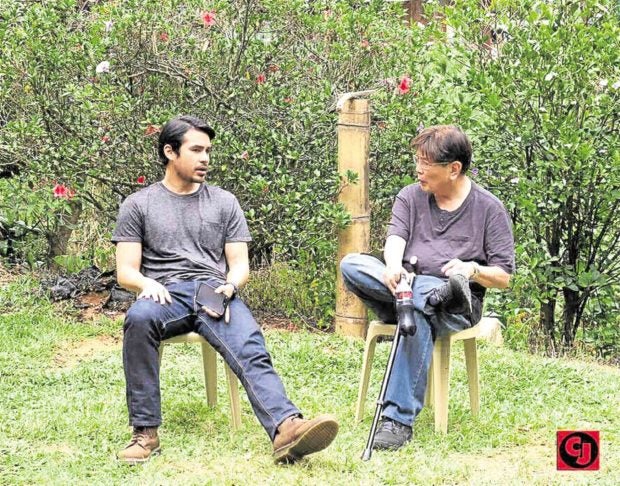 Just a week before, journalist-turned-actor Atom Araullo declined to comment when the Inquirer asked about filmmaker Mike de Leon’s scathing statements against him on the Facebook page of their film, “Citizen Jake.”

A week later, Araullo came out with a lengthy rebuttal to De Leon’s harsh comments.

The timing of Araullo’s response was not accidental: The film had just ended its week-long run in local theaters (although it is still showing in a handful of cineplexes and microcinemas).

Even though he had found himself “in the middle of a minor controversy,” Araullo explained that he “didn’t want to distract from the film, or be accused of cheap gimmickry to promote it.” Thus, the belated reaction.

In the post, Araullo described the director’s “tirades” as “deliberately hurtful remarks about my journalism.”

De Leon said in an earlier Facebook post that Araullo’s TV work “is not the gritty kind, but more of the celebrity-centered schlock that sometimes verges on entertainment, even show biz.”

To this, Araullo asserted: “I have never made any claims about the quality of my output or my stature in the media industry. To do so would be futile and obscene…I’ll leave it to the public to appraise the value of my work, accumulated over a decade of being a journalist.”

De Leon also expressed that he had found himself alone in protecting and defending the film “against those who would exploit it for political mileage.”

In his latest post, Araullo went to great lengths to “protect and defend” the film. “Do I stand by the film? Of course I do. Will I defend it? That goes without saying…While it has its weaknesses and limitations, I am immensely proud to be part of ‘Citizen Jake.’”

Still, his relationship with the director was obviously strained during the shoot.

Although Araullo had said that he was hesitant “to besmirch Mike’s reputation the way he did mine,” he quipped that he was “not shocked” by the turn of events. The online rant “was only the latest in a string of unprovoked, irrational, almost random tantrums that I had to endure during the making of this film,” Araullo related. 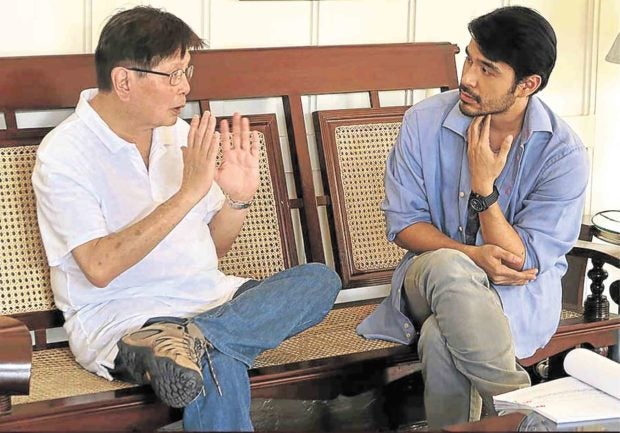 Mike de Leon (left) and Atom Araullo on the set

He remarked: “Perhaps his woeful behavior continues because he is never held accountable. Mike is a deeply troubled person. The kindest thing I can say about him is that he needs help, patience and understanding as he wrestles with his personal demons.”

Araullo, however, noted: “Mike’s contribution to Philippine cinema is unquestionable. I hope he remains productive after ‘Citizen Jake,’ making more movies that will rouse our consciousness, make us uncomfortable, and spur debate.”

For his part, De Leon retorted on the film’s Facebook page: “Many of the things [Atom] said are true…that I am a deeply troubled person, I accept that. I come from a crazy, rich family anyway.”

The filmmaker then recalled an incident on the set when Araullo “completely ignored what was rehearsed.” “Never in my career as a director has any actor disrespected me as much as [Atom] did,” he stated.

The director also recounted how he had reprimanded the reporter-turned-actor for having “no empathy.”

“How can you be a journalist if you lack this basic ability to understand people’s problems? Isn’t journalism about the story, not the journalist?” De Leon exclaimed.

“I may have my demons to deal with, but you have yours, too…So accept that you are a celebrity and don’t use the noble profession of journalism to hide your inadequacies as a human being.”

In response to Araullo’s assertion that he had to endure a lot during the shoot, De Leon replied: “Well, guess what, I had to do that, too. I had to endure your superciliousness, overweening ego, disparaging remarks about movie people and actors, even your lack of manners.” He also cited Araullo’s failure to contribute a statement to the film’s Facebook page.

De Leon likewise mentioned that the performance of newbie Araullo was “enhanced and fixed” during the editing. De Leon then capped the diatribe by alluding to Araullo’s “narcissism.”

They seem to have agreed to disagree. One thing they do have in common is their willingness to move on from this movie.

In a previous text message to the Inquirer, De Leon said: “[‘Citizen Jake’] must end soon. Then pack it up at the Asian Film Archive.”

On his Facebook page, Araullo said: “I am still grateful for the opportunity to have worked on this film, now that I close this chapter of my life.”

So what’s next for “Citizen Jake”?

“Butch Ibañez of Solar is pushing the film because he believes in it,” De Leon told the Inquirer. “I will continue my research on possible new projects, and Atom is now in the distant past. He now says he probably won’t act [again], but if he does, I pity his next director and writer. A little knowledge goes a long way.”